Twist Bioscience was founded in 2013 by Emily Leproust to commercialize a high-throughput semiconductor-based DNA synthesis technology. The company supplies DNA for research and commercial applications of genetic engineering and is developing additional markets for applications including digital data storage and DNA origami-based biomaterials and nanostructures.

Twist Bioscience can achieve 1,000x improvements in DNA production density by scaling down from the traditional 96-well plate to tiny micro-wells and channels on a silicon chip of the same area. Throughput is greatly increased because semiconductor-based technology allows the chemical reactions necessary for DNA synthesis to be scaled down by a factor of 1,000,000. Twist Bioscience is able to produce 9,600 genes on a single silicon chip using its technology, compared to 1 gene being produced on the same amount of space using traditional DNA synthesis technologies.

In the video below, the CEO of Twist Bioscience, Emily Leproust, explains the innovations in DNA synthesis technology. 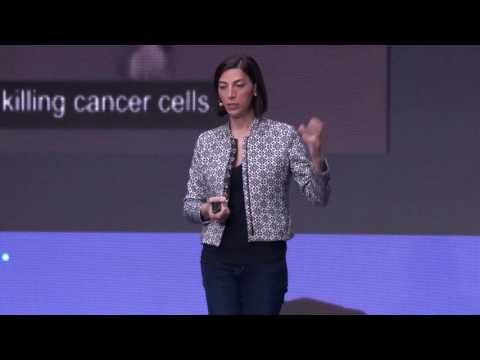 Improves the throughput and reduces the cost of genetically engineering crops

Reduces the cost and increases the efficiency of CRISPR technology

Twist Bioscience is providing DNA synthesis to Inovio Pharmaceuticals for its research developing a vaccine against the 2019-nCoV coronavirus, renamed SARS-CoV-2, with the disease called COVID-19 (coronavirus disease).

Twist Bioscience offers a variety of DNA synthesis products and services that are summarized below.

Clonal genes are next-generation sequencing (NGS) verified gene clones with no type II S restriction sequences and custom vector onboarding with verification. There is currently a lower limit of ten genes (no upper limit ) to place an order that will be ready within twenty business days.

Using ​combinatorial libraries for focused mutagenesis offers more flexibility and better representation than degenerate approaches. Specific codons may be excluded, codon ratio can be controlled, and all libraries are NGS verified.

DNA is being developed as a storage medium for digital data. Twist Bioscience is working with Microsoft and the University of Washington to improve data storage using DNA and has published research demonstrating high-fidelity storage and random-access retrieval of over 200 MB of data, including an OK Go music video. As the technology matures, DNA could offer a high-density, low-energy, long-term, and secure digital data storage solution.

Gene fragments are non-clonal and can be used for several downstream cloning methods for assembly into bigger genes or pathways. The error rate on gene fragment production is approximately 1:3000 base pairs.

Oligo pools are made to be diverse collections of oligonucleotides and can be used for applications such as the creation of CRISPR sgRNA libraries high-throughput reporter essays. Oligo pools are designed to be highly uniform and accurate for maximal oligo representation and have an error rate of approximately 1:1000 nucleotides (nt).

Site saturation libraries are precise and diverse when compared to traditional directed mutagenesis techniques. Each saturation library is verified using NGS technology. They come free from unwanted codons and can be made to have specific codon ratios.

The Twist human core exome kit is a DNA probe target enrichment kit. It comes with modular high-performance DNA probes designed to uniformly and accurately capture sequence depth. The modular kit is simple to integrate into existing lab protocols due to its many customization options.

The turnaround time for orders is still relatively long compared to other lab-based methods, especially for smaller amounts of DNA. Therefore, in certain instances, it is more reasonable for researchers and companies to utilize traditional cloning methods depending on the genes needed for experiments. Slow turnaround time for smaller orders is the primary reason Ginkgo Bioworks acquired Gen9, which brought that function in-house.

On May 27, 2014, Twist Bioscience received $5.1 million dollars in funding from the Defense Advanced Research Projects Agency (DARPA). The contract was awarded to Twist Bioscience under DARPA's Living Foundries program.

In June 2016, Twist Bioscience became partners with Desktop Genetics, a company using AI to create CRISPR screens. The partnership focuses on developing and integrating DNA synthesis tools to design research protocols that enhance gene editing research. Desktop Genetics works with its customers to design CRISPR sgRNA libraries for a cell line before sending this information to Twist Bioscience for sgRNA library synthesis. This partnership aims to reduce the cost and improve the efficiency of gene editing research.

In June 2017, the BioBricks foundation partnered up with Twist Bioscience on the Free Genes project, an initiative to create an open-source library of 10,000 genes that form biological parts important for synthetic biology. Twist Bioscience will be providing all the DNA that will be used for the project and BioBricks will assemble a library of useful genes using its team and drawing on support from the scientific community. All genetic constructs created through this partnership will be made freely available to the public through the Open Material Transfer Agreement, which allows any recipient to use, modify, combine, copy, and redistribute the genes (in compliance with applicable biosafety and intellectual property laws).

On April 6th, 2016, Twist Bioscience acquired the Israeli software company Genome Compiler for an undisclosed price. Twist plans to use Genome Compiler's software developers and technology to build an e-commerce platform that allows customers to create their own gene designs online before ordering and to leverage its strong software development team for future projects.

According to BCC Research, the overall market for synthetic biology products was expected to grow from $4.4 billion in 2017 to over $13.9 billion by 2022.

Twist serves 600 customers across the three areas of the synthetic biology market in a broad range of industries. Revenue was $20.5 million for the trailing twelve months ended June 30, 2018, and revenue in the quarter ended Sept. 30, 2018, the company's fiscal year-end, is estimated to be between $8.0 million and $8.3 million. Ginkgo Bioworks is Twist Bioscience's largest customer, accounting for 32% of revenue.

Could Synthetic DNA Be the Next Tech Breakthrough?

Nasdaq
Glassdoor ID
925103
Board of Directors