Ginkgo Bioworks is a synthetic biology and biotechnology company using machine learning techniques and lab automation to engineer microorganisms as a service.

Ginkgo Bioworks, based in Boston, Massachusetts, is a synthetic biology and biotechnology company that specializes in creating various microbes through the practice of genetic engineering. Ginkgo Bioworks was founded in 2008 by Jason Kelly, Reshma Shetty, Barry Canton, Austin Che, and Tom Knight. Ginkgo was described by Jason Kelly as a science and engineering platform that other companies use to develop biomanufactured products. Ginkgo plans to make profits by taking royalties or shares of its customers’ revenues.

Ginkgo Bioworks designs microbes in analytical labs called biofoundries, which are comprised of software and hardware tools that allow for rapid prototyping and high-throughput screening. As of 2022, Ginkgo Bioworks has four biofoundries (Bioworks1 through Bioworks4), where it pursues various projects such as fragrances, flavors, probiotics, and more. The company works with customers to develop custom microbes for such purposes.

Ginkgo Bioworks uses Python code to pull out DNA sequences that might produce a gene to make a desired product, like a specific fragrance. Robots are used to print out and assemble the DNA sequences and insert them into bacteria or yeast. The bacteria and yeast strains are tested for fitness, efficiency, and yield. Data from this process are captured and used to build design principles to make the future engineering of organisms more efficient. With automated robots, one Ginkgo operator can perform around 1,000 DNA extractions in a day. 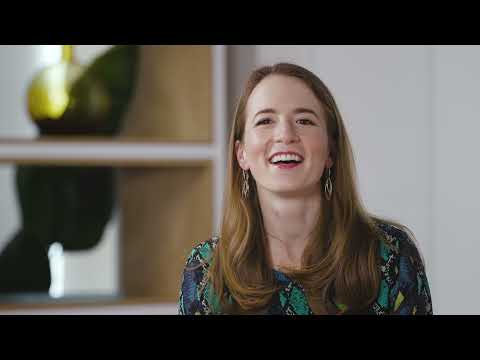 A conversation with Ginkgo Bioworks founders

Bioworks1 was opened in early 2015. The biofoundry is capable of rapidly processing new GMO prototypes.

Bioworks2 opened in September 2016. It has the capability to test thousands of custom organism versions all at once. One of the biofoundry's projects involved creating yeast strains and brewing beer with them.

Bioworks3 opened in December 2017 for prototyping and scaling engineered organisms.

Ginkgo Bioworks opened its Bioworks4 foundry in 2018 for engineered mammal cells, including mice, hamsters, and humans. The cells can be used to create biomolecules like antibodies and proteins; with gene tweaking, the cells can be used for cancer immunotherapy.

In its early years, the company was supported primarily through government grants and worked on a variety of projects with different government agencies, such as the National Science Foundation and Defense Advanced Research Projects Agency (DARPA), before gaining access to venture capital funding.

Department of Health and Human Services

SBIR Phase 1:Volatile gene expression reporters for use during fermentation

In September 2017, Bayer and Ginkgo Bioworks announced the formation of a new joint company for designing soil microbes to better deliver nitrogen to plants in an effort to reduce farmers' reliance on traditional fertilizers, the runoffs of which can pollute the environment. On March 20, 2018, the company was announced as Joyn Bio.

In September 2018, Ginkgo Bioworks partnered with Cronos Group, a cannabis company, to produce a line of cultured, concentrated cannabinoids with individual properties targetting different medical concerns––chronic pain, nausea, nervous disorders, and more. In August 2021, the two companies announced they had achieved their first target productivity milestone for cannabigerolic acid (CBGA), which moved them closer to their goal of producing eight cultured cannabinoids. The cannabis company Cronos produces a THC and CBG-infused gummy cannabis edible in which the cannabigerol (CBG) is produced in yeast.

Genomatica and Ginkgo Bioworks announced an alliance on September 29, 2016, to rapidly deliver biology-based solutions for various high-volume chemicals. The alliance is designed to help transition industries away from mainstream chemicals and switch them to biological process technology, which can be more economical and sustainable and give a better product performance.

In March 2022, Ginkgo Bioworks partnered with Phytolon, a food colorant company, to develop more vibrant, naturally-derived pigments to be used in both foods and cosmetics.

Flavor and additives company Robertet produces the fragrance molecule gamma-decalactone and the flavoring substance massoia lactone with yeast engineered by Ginkgo. Massoia lactone is normally isolated from the bark of a tropical tree.

In June 2021, Ginkgo Bioworks partnered with Sumitomo Chemical, one of the world's largest agrochemical producers. The partnership aims to increase the production efficiency and sustainability of a bio-based commercial product and to replace petroleum-based products.

On December 8, 2017, Ginkgo Bioworks and Synlogic announced a collaboration to create new living medicines for neurological and liver disorders. In November 2021, the first investigational medicine developed on Ginkgo's platform to enter IND-enabling studies was the Synthetic BioticTM medicine called SYNB1353, an engineered strain of E. coli Nissle (EcN) designed to treat homocystinuria. Homocystinuria is an inherited disorder in which the body cannot metabolize methionine. IND-enabling studies include preclinical pharmacology, toxicology, metabolism, and manufacturing studies that allow for the submission of a formal application with the FDA or EMA of an investigational new drug (IND).

On January 20, 2017, Ginkgo Bioworks announced it had acquired Gen9, a company specializing in DNA synthesis. Ginkgo Bioworks previously contracted Gen9 to deliver 300 million base pairs in 2017, making Ginkgo Bioworks Gen9's biggest customer prior to the acquisition.

Ginkgo Bioworks acquired Novogy in December 2020 and integrated its codebase and team expertise into Ginkgo's own bioengineering platform. A majority of Novogy's technical team joined Ginkgo Bioworks in the acquisition. With Novogy's lipid-producing yeast strains, Ginkgo Bioworks accelerated its development of bio-based oils, which can be utilized to make more eco-friendly products.

In January 2022, Ginkgo Bioworks announced the acquisition of Project Beacon COVID-19 LLC, a Boston-based social benefit organization that works to increase the capacity and accessibility of COVID-19 testing.

In October 2019, Ginkgo Bioworks launched a fund called the Ferment Consortium. The fund was established for the purpose of launching new spinouts. Investors who contributed to a beginning funding round of $350 million included General Atlantic, Viking Global Investors, and Cascade Investment Group. The fund mainly launches spinouts in industries in which synthetic biology isn't yet commonly used, like waste recovery.

Motif Ingredients, which spun out of Ginkgo Bioworks in February 2019, creates synthetic proteins that provide the various flavors and textures of animal products like beef and dairy to be used in plant-based food products. Motif produces Hemami, a yeast-derived heme protein that adds the umami flavor and smell of meats to plant-based meat alternative foods. The plant-based food company Impossible Foods sued Motif in March 2022, claiming infringement of patents related to imitation meat that uses the protein heme.

Methods and Systems for Chemoautotrophic Production of Organic Compounds

Can This Company Convince You to Love GMOs?

Introduction & A Conversation with Our Founders (Ginkgo Bioworks Investor Day 2021)

Move Over, Jony Ive--Biologists Are the Next Rock Star Designers