San Francisco is a city in California, United States. 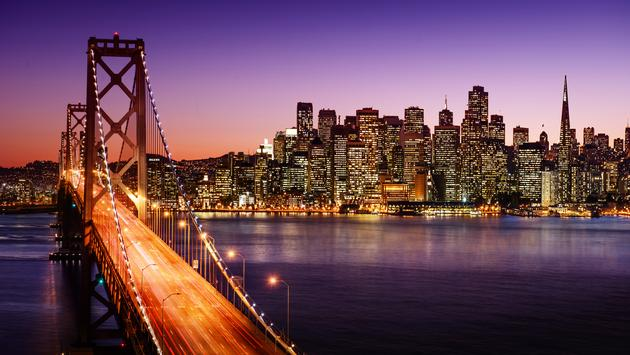 Before the arrival of the Europeans, two groups of Native Americans resided in the San Francisco area—the Ohlone and the Miwok—who were hunter-gatherers. They lived by fishing, hunting animals, and collecting shellfish, nuts, and fruit. In 1769, Gaspar de Portola headed a Spanish expedition overland to the bay, and in 1776, Juan de Anza arrived with a group of settlers, and they built a fort called a presidio. In 1797, a mission was established.

In the early nineteenth century, the bay saw the arrival of whaling ships and traders. In 1821, Mexico, which formerly included California, divided from Spain and became a republic. In 1828, Jedediah Smith crossed the Sierra Nevada mountains to get to San Francisco Bay. In 1835, an Englishman named William Richardson created a settlement by the bay called Yerba Buena. In the 1830s and early 1840s, Americans came to live in the settlement.

In 1846, the US annexed California. On July 9, 1846, USS Portsmouth came to San Francisco Bay, and the US flag was raised. The settlement of Yerba Buena was then renamed San Francisco (after the bay) on January 30, 1847. Then, San Francisco had a population of about 800. In 1848, James Marshall discovered gold, and news got to New York in December 1848. People flocked to San Francisco, the population boomed, and in 1849, it reached 25,000.

San Francisco waterworks started in 1857. By 1853, the gold boom was concluding, and in 1859, Henry Comstock discovered silver. Unlike gold, silver extraction needed expensive equipment, and a group of "silver barons" were the major beneficiaries. A transcontinental railroad was finished in 1869. A cable car service started in Clay Street in 1873, and in 1870, San Francisco's population was almost 150,000. In 1900, the population was over 300,000.

On April 18, 1906, the San Andreas Fault slipped about 10 feet, unleashing an earthquake estimated at 7.8 on the Richter scale. The tremors decimated water mains and caused fires that went on for four days, killing 3,000 people, wrecking 25,000 buildings, and leaving 250,000 homeless. The city was rebuilt with an enhanced city center, and it hosted the Panama International Exposition nine years later. The 1930s saw growth in the city and outlying communities and the construction of the Golden Gate and San Francisco Bay Bridges.

San Francisco was the major point of embarkation for World War II’s Pacific theater. The region was used as a major arms production center. Following Pearl Harbor, the city’s Japanese residents were sent into internment camps far inland. Their neighborhoods were filled with Americans from the south arriving to work in the war industries. San Francisco also played a major role in the transition from World War II to the Cold War, and it hosted the 1945 conference where the United Nations Charter was drafted, drawing workers to create technology for the nuclear age.

The winter in San Francisco is rainy and mild; the spring is sunny and temperate; the summer is foggy and cool; and the autumn is sunny and warm. The average low temperature is 51 °F (11 °C), and the average high is 63 °F (17 °C). Its mean rainfall, most of which happens between November and April, is about 21 inches (533 mm). Sunshine appears during two-thirds of daylight hours.

A significant feature of the weather is the summer fog. It lies low over the city until midday. The fog is a phenomenon of temperature contrasts. It develops when warm when moist ocean air gets in contact with the cold water welling up from the ocean along the coast.

San Francisco is occupied by the central business district, financial district, North Beach, and Chinatown. The city was expanded by fillings along the waterfront. Remnants of ships that were abandoned in 1849 lie under office buildings that are several blocks inland. Approaching the Golden Gate Bridge to the west lies the Presidio, the two-century-old military installation that is a part of Golden Gate National Recreation Area.

The area is known for its parklike lawns and stands of trees. South of the Presidio is Golden Gate Park, which was once a sandy desert. Other parts of San Francisco comprise residential neighborhoods, from Pacific Heights, where the old, affluent families live, to Hunters Point, a predominantly African-American community. Many are flower-decked houses of pastel stucco and “painted ladies”—frame structures. 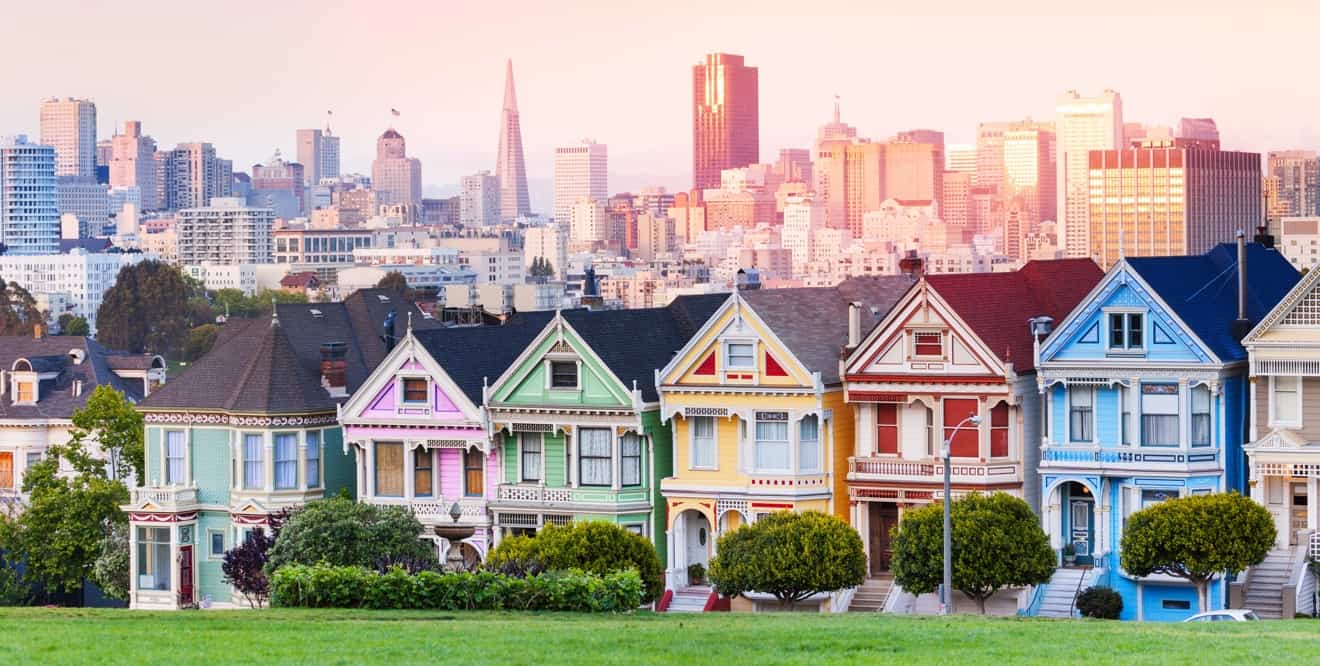 Title
Author
Date
Publisher
Description
'Atmospheric river' drenches drought-stricken California
By OLGA R. RODRIGUEZ
October 26, 2021
AP NEWS
SAN FRANCISCO (AP) -- A powerful atmospheric river storm that swept through California set rainfall records and helped douse wildfires. But it remained to be seen how much of a dent it made in the state's drought.
Record-breaking storm douses drought-stricken California
By OLGA R. RODRIGUEZ
October 24, 2021
AP NEWS
SAN FRANCISCO (AP) -- Across Northern California, crews worked Monday to clear streets of toppled trees and branches and to clean gutters clogged by debris carried by rainwater from a massive storm that caused flooding and rock slides, and knocked out power to hundreds of thousands.
Almost half a million US households lack indoor plumbing: 'The conditions are inhumane'
Nina Lakhani in New York and Maanvi Singh in San Francisco
September 27, 2021
the Guardian
Renters and people of color are most likely to be living without water or flushing toilets in some of America's wealthiest cities, new research shows
Dreamforce 2021: Benioff declares Salesforce as net zero and Slack ubiquitous across stack
Brian McKenna
September 22, 2021
ComputerWeekly.com
Marc Benioff, CEO and chair of Salesforce, declares his company net zero in a keynote at Dreamforce 2021 in San Francisco, alongside update on Slack integrations
Radical Ventures expands leadership team, adds partner in San Francisco
Josh Scott
September 17, 2021
BetaKit
Radical Ventures has added three new people to its team, and promoted two others, as the Toronto-based firm looks to expand its presence in Silicon Valley.
SHOW MORE