DNA sequencing is the process of determining the precise order of nucleotides within a DNA molecule.

DNA sequencing is a technique to determine the sequence of the four nucleotides—adenine, guanine, cytosine, and thymine—in a strand of DNA (deoxyribonucleic acid). The nucleotide sequence is the blueprint that contains the instructions for building an organism. Human chromosomes range in size from about 50,000,000 to 300,000,000 base pairs, and each human being has 46 (23 pairs) of these chromosomes, or approximately 3.2 billion bases of DNA in total.

Knowledge of DNA sequences has become essential to biological research and many applied fields, such as medical diagnosis, biotechnology, and forensics. Advancements in sequencing technology, including DNA sequencers, continually improve accessibility to this genetic information.

In the original Sanger method, DNA chains are synthesized on a template strand, but chain growth is stopped when one of four possible dideoxy nucleotides, which lacks a 3' hydroxyl group, becomes incorporated, which prevents the addition of another nucleotide. A population of nested, truncated DNA molecules is produced that represents each of the sites of that particular nucleotide in the template DNA. The molecules are separated according to size in a procedure called electrophoresis, and the inferred nucleotide sequence is deduced by a computer. Later, the method utilized automated sequencing machines, in which the truncated DNA molecules, labeled with fluorescent tags, are separated by size within thin glass capillaries and detected by laser excitation. 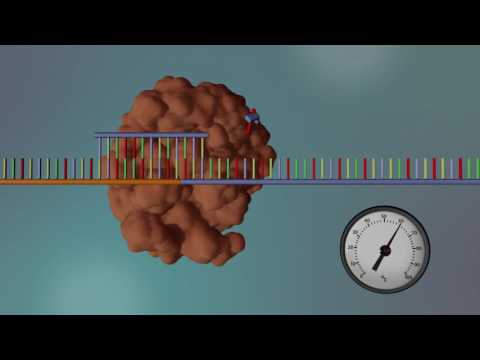 Knowledge of the sequence of a DNA segment has many uses:

Using these technologies, scientists have been able to rapidly sequence entire genomes (whole genome sequencing) of organisms, to discover genes involved in disease, and to better understand genomic structure and diversity among species generally.