There are only three counties in Delaware: New Castle in the north, Kent in the center and Sussex in the south. The largest city in the state is Wilmington, which has about 70,000 people. Dover, Delaware's capital, has about 40,000 residents, while Newark is the third most populous city in the state with just over 30,000 people.

Before the advent of European colonists, the Algonquian peoples of the Lenape (or Delaware, in the north of the state) and Nantikouk (in the south) lived on the territory of the modern state of Delaware. In the second half of the 17th century, under pressure from the Iroquois, most of them moved west to the Allegheny Mountains. 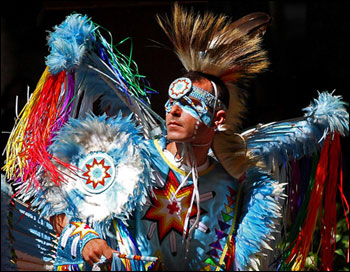 In 1524, the Italian Giovanni da Verrazano sailed along the Atlantic coast of America from modern North Carolina to Rhode Island, but he did not notice either the Chesapeake Bay or the mouth of the Delaware River.

The debate over the exact boundaries of Delaware has continued for decades. In 1750, it was decided that the boundary between Delaware and Pennsylvania was defined as an arc of a circle with a radius of twelve miles, the center of which was taken to be the dome of the New Castle courthouse. The border with Maryland was drawn along the "Transpeninsular Line" (in 1751) and the "Mason-Dixon Line" (in 1767). Nevertheless, territorial disputes between Delaware and Pennsylvania were finally resolved only in 1921, and New Jersey's claims to Delaware were last heard in the US Supreme Court in 2008. Although a significant part of the population of Delaware remained loyal to the British authorities in the second half of the 18th century, Delaware as a whole was one of the most staunch supporters of independence. On June 15, 1776, the Delaware Colonial Assembly declared separation from the metropolis (and from Pennsylvania), and already on September 20 of the same year, the first Delaware State Constitution was adopted.

The bird is a Delaware blue hen

Colour: Colonial Blue (the color of the Delaware flag) and fawn

Song - "Our Delaware" (Our Delaware, music by Will Brown, lyrics by George Hinson) Notable natives and residents of Delaware

Caesar Rodney (1728-1784) - politician, one of the Founding Fathers of the United States. Born in Kent County in the Delaware Colony.

John Dickinson (1732-1808) - politician, one of the Founding Fathers of the United States, known as the "writer of the revolution." Born in Maryland, but later lived in Delaware. George Read (George Read, 1733-1798) - politician and statesman, member of the Continental Congress and the Constitutional Convention. Born in Maryland, but later lived in Delaware.

Jacob Broom (1752-1810) - businessman and politician, one of the participants in the Constitutional Convention. Born in Wilmington.

Richard Allen (Richard Allen, 1760-1831) - priest, founder of the African Methodist Episcopal Church, the first Protestant denomination in the United States, founded by an African American. Born in the Delaware Colony.

Eleuthere Irenee du Pont (1771–1834) was a chemist and entrepreneur who founded the famous DuPont company. Born in France, but later lived in Delaware.

Henry Judah Heimlich (1920–2016) was a famous physician and medical researcher. Born in Wilmington.

There are only three counties in Delaware: New Castle in the north, Kent in the center and Sussex in the south. The largest city in the state is Wilmington, which has about 70,000 people. Dover, Delaware's capital, has about 40,000 residents, while Newark is the third most populous city in the state with just over 30,000 people.

The largest ethnic (national) groups among the population of the state of Delaware:

Despite the fact that the state of Delaware is not large either in area or in the number of inhabitants, it is often called the "little miracle" or even the "diamond state". Delaware received these nicknames not only because of the picturesque nature, but also because of its versatile and fairly powerful economy. The state has a well-developed service sector, industry, agriculture and tourism.

A characteristic feature of Delaware is its tax legislation, which makes the state very attractive for registering certain corporations in it. Corporate taxes make up about 20% of Delaware's income. Very important for the state's economy is the proximity to one of the largest US metropolitan areas - Philadelphia.

Title
Author
Date
Publisher
Description
Explainer: How U.S. states help rich foreigners shield assets
The Associated Press
October 10, 2021
CTVNews
The release of the 'Pandora Papers' report by the International Consortium of Investigative Journalists has drawn new scrutiny to the growth of tax havens in the United States; and has shed light on the financial dealings of the elite and the corrupt and how they have used offshore accounts and tax havens to shield trillions of dollars in assets.
Fin whale that died in Delaware had underlying conditions
August 29, 2021
AP NEWS
LEWES, Del. (AP) -- A necropsy has found that an endangered fin whale that died after it became beached along the Delaware coast had multiple underlying conditions. The Marine Education Research and Rehabilitation Institute said its necropsy determined the whale had significant parasitic infections in the liver, lungs and kidneys, WDEL reported Sunday.
Fin whale beached at Delaware state park
August 27, 2021
AP NEWS
LEWES, Del. (AP) -- A 50-foot fin whale found stranded on a sandbar off Cape Henlopen State Park and was later beached on the ocean side of The Point, Delaware officials said.The whale was first found stranded on a sandbar Thursday morning, news outlets report.
Scientists, experts stumped at what's killing songbirds: 'It's frustrating'
Frank Kummer
July 7, 2021
phys.org
A group of songbirds recently turned up dead in Nottingham, Chester County, Pennsylvania.
Dolphin calf found at Delaware park dies
July 6, 2021
AP NEWS
NEW CASTLE, Del. (AP) -- A dolphin calf found stranded at a Delaware park over the weekend has died. Marine Education, Rehabilitation and Research Institute Executive Director Suzanne Thurman said by telephone that that the dolphin was too weak to survive and he was euthanized Sunday.
SHOW MORE
delaware.gov
Is a