Unity is a leading global software platform for creating and operating real-time 3D digital content. The company is also referred to as Unity Technologies and Unity Software Inc., its legal name.

The company provides a comprehensive set of software solutions to create, run and monetize interactive, real-time 2D and 3D content for mobile phones, tablets, PCs, consoles, and augmented and virtual reality devices. Game developers, artists, architects, automotive designers, filmmakers, and others use Unity to make their creations, and the industries Unity serves include gaming, film, architecture, and automotive. 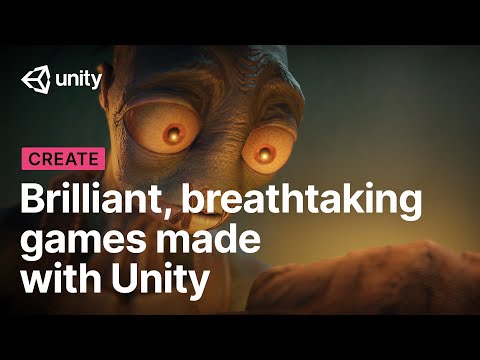 In 2021, 72% of the top one thousand mobile games and over 50% of games across mobile, PC, and console were made with Unity. Unity products can run on over twenty different platforms including iOS, Android, Windows, Linux, PS4, and Xbox and are used in over 190 countries.

Unity is a public company traded on the New York Stock Exchange under the symbol "U". The company had its IPO on September 18, 2020, with its shares jumping up from its premarket price of $52 to $75 at open and ending the trading day at $68. In the fourth quarter of 2021, Unity had, on average, 3.9 billion monthly active end users who consumed content, created content, or operated with its solutions. The applications developed by these creators were downloaded, on average, five billion times per month in 2021.

Unity is a content creation and operating platform made up of two complementary and interconnected solutions: Create Solutions and Operate Solutions. Used together, customers can create, run, and monetize their content across a broad range of third-party content distribution platforms.

Unity has a suite of products dedicated to workflow including: Unity MARS, OTOY OctaneRender, Asset Store, SpeedTree, and Ziva.

In July 2022, Unity announced plans to merge with ironSource, (NYSE: IS), a leading business platform that empowers mobile content creators to turn their apps into scalable, successful businesses. The deal would be all-stock with ironSource being valued at $4.4 billion, and the merger is expected to close in the fourth quarter of 2022. ironSource would merge into a wholly-owned subsidiary of Unity.

Unity was founded by David Helgason, Joachim Ante, and Nicholas Francis. The company was originally founded as Over the Edge Entertainment in Denmark in 2004. In May 2009, the company reorganized as a Delaware corporation as Unity Software Inc.

Unity announces plans to merge with Israeli company ironSource (NYSE:IS) in an all-stock deal by the end of 2022.
Unity IPOs on the New York Stock Exchange.
Unity reorganized as a Delaware corporation as Unity Software Inc.
Unity was founded by David Helgason, Joachim Ante and Nicholas Francis.
Unity was founded as Over the Edge Entertainment in Denmark.

Unity UPO: Driving the Next Generation of Content Creation, in Gaming and Beyond

Title
Author
Date
Publisher
Description
Takeovers and Twitter headaches
Greg Kumparak
August 15, 2021
TechCrunch
Whether or not you've ever dabbled with Unity, you've almost certainly interacted with something built with Unity. It's the 2D/3D engine that powers so, so many of the video games out there, regardless of what console or platform we're talking about. Studios use it to make animated movies. Automakers use it to help design cars.