CryptoKitties is a game built on the Ethereum blockchain in which users can collect and trade virtual kittens.

CryptoKitties is an Ethereum blockchain-based game in which users collect and trade digitally scarce virtual kittens using Ether (ETH) tokens. CryptoKitties was developed by the game studio Axiom Zen and launched on November 28, 2017. The CEO behind CryptoKitties is Roham Gharegozlou. 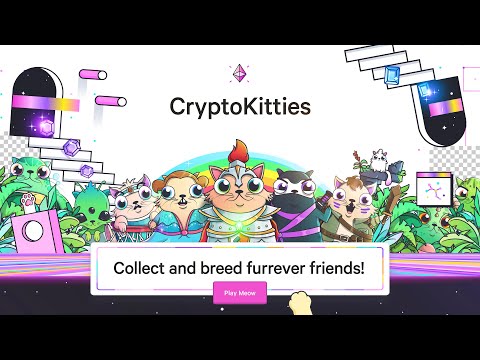 Design and gameplay
Supply and breeding

Via smart contract, CryptoKitties are distributed automatically into its marketplace at the rate of one every fifteen minutes for one year (equal to 672 per week, or 34,944 per year.) In addition to those automatically generated, two kitties may be chosen and bred for a genetically unique offspring with combined traits of its parents. A kitty's gender selection is not permanent and can be changed when trying to breed with another kitty. CryptoKitties remain permanently available on the blockchain they were built on, regardless of the project's current support status.

Each kitty has a unique 256-bit DNA sequence that defines its various genes and physical traits, including characteristics like eye shape and color, fur, and coat pattern. The DNA sequence of offspring kitties is determined using an algorithm on the blockchain-based sequences of each parent kitty. Physical and hidden traits can be passed down, while features like cooldown times are instead a function of the "generation" of the offspring, which is one higher than the maximum generation between the two parents.

Players can buy and sell CryptoKitties on the site's marketplace using the digital wallet MetaMask. Transactions are made using Ethereum. Users can also make offers to any other user on any CryptoKitty, regardless of its sales status. 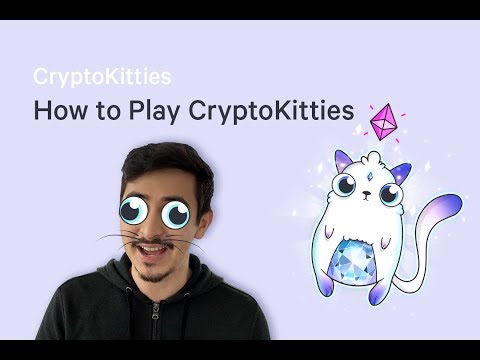 How to play CryptoKitties.

CryptoKitties gained significant interest almost immediately upon its release: just a day after its smart contract deployment on November 22, 2017, CryptoKitties was one of the top three most active contracts on the Ethereum blockchain. It officially launched on November 28. By December 5, over $5 million in transactions had been processed on CryptoKitties, which accounted for nearly 25 percent of Ethereum traffic at the time.

The network congestion caused by the game highlighted the blockchain scalability issues for the Ethereum network and blockchains in general. "CryptoKitties has become so popular that it's taking up a significant amount of available space for transactions on the Ethereum platform," said Garrick Hileman. In response to the heavy traffic, CryptoKitties temporarily raised its offspring birthing fees from 0.002 to 0.015 ETH to compensate for the rising Ethereum gas prices. Within a few days, it dropped the price to 0.008 ETH.

Do You Really Own Your CryptoKitties?

How a Hackathon Birthed the CryptoKitties Origin Story

How to Chase Fancy Cats

Title
Author
Date
Publisher
Description
NFTs Boom as Collectors Shell Out to 'Own' Digital Art
Gian Volpicelli, Wired UK
February 27, 2021
Wired
Non-fungible tokens provide a way to invest in and own digital imagery. But is it just another crypto fad--or the future of intangible art?

Dieter Shirley
Spun Out From