Ethereum provides a decentralized Turing-complete virtual machine, the Ethereum Virtual Machine (EVM), which can execute scripts using an international network of public nodes. Ethereum also provides a cryptocurrency token called ether (ETH), which can be transferred between accounts and is used to compensate participant nodes for computations performed. Ethereum transactions require the payment of gas fees, which are calculated through an internal transaction fee mechanism. Gas fees help verify transactions and prevent the network from being overcome by spam. The Ethereum network runs on a blockchain secured by miners. These miners run a proof-of-work system consensus algorithm called Ethash.

Vitalik Buterin proposed the Ethereum protocol in his 2013 whitepaper with the goal of creating a general-purpose blockchain platform to support decentralized applications and smart contracts. Buterin had previously contributed within the Bitcoin developer community and found limitations to the Bitcoin scripting language, including lack of Turing-completeness, value-blindness, lack of state, and blockchain-blindness. Ethereum was formally announced at the January 2014 North American Bitcoin Conference in Miami, Florida. 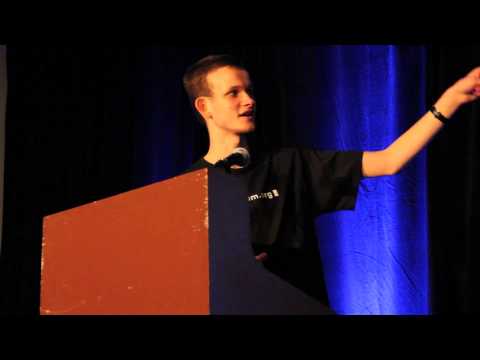 Ethereum was funded by an initial coin offering (ICO) launched in July 2014. According to the Ethereum Foundation, within the first two weeks, more than 50 million ether were sold. In total, the forty-two-day public ETH pre-sale raised 31,591 bitcoins worth approximately $18 million dollars at the time.

Prior to the official launch of Ethereum, a series of proof-of-concept versions were released, culminating in the beta release named Olympic on May 9, 2015. The purpose of Olympic was to reward those testing blockchain limits during the pre-release period. A total of 25,000 ETH were rewarded to community members for their contributions; prizes were distinguished by the four categories of transaction activity, virtual machine usage, mining prowess, and general punishment.

The initial public launch named Frontier was released on July 30, 2015. This release provided instructions for generating the first block in the Ethereum blockchain known as the Genesis block, which was created with a unique parameter from the hash of the Ethereum testnet block #1,028,201 and contained all transactions from the ether launch sale.

Homestead, the first planned hard fork of the network, went live on March 14, 2016, at block #1,150,000. The upgrade included protocol changes to the network that gave an increased ability for upgrades and improved security. Homestead underwent a series of Ethereum Improvement Proposal (EIP) updates between 2016 and 2017.

The Metropolis release was split into two phases, Byzantium and Constantinople. The former was introduced in October 2017 at block #4,370,000. Shortly before its release, Byzantium verified its first zk-SNARK proof. A total of nine EIPs followed Byzantium's release. Constantinople was released on February 28, 2019, at block 7,280,000.

Ethereum 2.0 is a major upgrade that will migrate the Ethereum network from proof-of-work to proof-of-stake, making the network more efficient and scalable. The proof-of-stake system is called Casper. It enables a new mining method in which network users lock up their ether coins to become network contributors, instead of having to use expensive and energy-intensive mining equipment. To contribute via this method, each staker is required to lock up a minimum of thirty-two ethers, or join a staking pool in which multiple people's ethers are combined. The system change is dubbed "the Merge."

Phase 0 of Ethereum 2.0 launched in December 2020 with the Beacon chain, which is responsible for creating new blocks, verifying transactions, staking rewards, and managing shard chains. The Merge is scheduled for September 19, 2022. The Merge is expected to change the valuation of Ethereum. 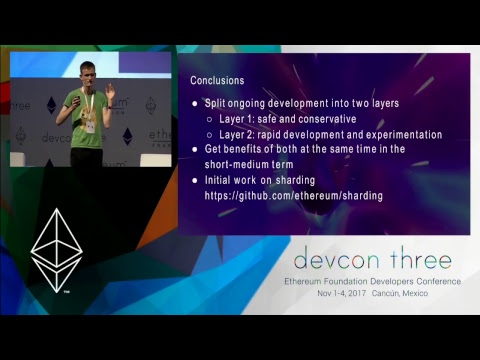 Byzantium, the first phase of the Metropolis release, is launched.
AVATrade adds Ethereum trading, making it the first broker to do so.
Enterprise Ethereum Alliance launches.

EEA is a consortium of companies developing standards for working with Ethereum.

The Ethereum network splits into two chains: Ethereum and Ethereum Classic (ETC) following a hack of The DAO fork.

The Homestead upgrade is launched as the first planned hard fork of the network.

Title
Author
Date
Publisher
Description
Contrary To What Capitol Hill Says, Crypto Self-Regulates With An Eye To The...
Guest Author
October 7, 2021
Crunchbase News
Regulators are increasingly circling crypto, leading the sector's biggest players to take steps to reign in policies that represent a more extreme deviation from standard practice in the mainstream markets, writes Reuben Jackson, a blockchain security consultant.
Ethereum is a drug and Cardano is a cheese? If you're confused by crypto, you're not alone
USA TODAY
October 4, 2021
USA TODAY
A new study shows the public's limited understanding of cryptocurrencies, with some believing that Ethereum is a drug and that Cardano is a cheese.
Roll Raises $10M in Series A Funding
FinSMEs
September 29, 2021
FinSMEs
About | Advertise | Contact | Disclaimer | News | The Daily Deal Newsletter FinSMEs.com by FinSMEs is licensed under a Creative Commons Attribution-NonCommercial-NoDerivs 3.0 Unported License.
Top cryptocurrency prices today: Profit booking pushes prices lower, Ethereum tanks over 5%
September 28, 2021
The Economic Times
Among the top 10 names, Ethereum was the biggest loser, down over 5 per cent. Polkadot, Cardano, Binance Coin and XRP dropped 3-5 per cent. Others also declined over 2 per cent.
Top cryptocurrency prices today: Tokens rally on low-level buying; Bitcoin up 5%
September 27, 2021
The Economic Times
Among the top 10 coins, Ethereum was the biggest gainer, up nearly 10.30 per cent. Solana, XRP and Bitcoin rallied 4-7 per cent. Others were also in the green. Uniswap was among the biggest major gainers beyond the top 10 bracket, surging 32 per cent.
SHOW MORE