More than 18,800,000 people live in the state of Florida (fourth, after California, Texas and New York, in terms of population among US states). The average population density in the state is about 135 people per km2 (8th place in the USA).

On the territory of the modern state of Florida, people have lived for more than fourteen thousand years. By the time Europeans arrived on the lands of Florida, numerous (according to some estimates, up to 350,000 people) American Indian tribes lived here, including those belonging to the Appalachian peoples (in the northwest), Timucua (northern and central regions of the state), ice (in coast of the Atlantic Ocean in the Indian River and Cape Canaveral), Calusa (southwest Florida), Tequesta (southeast coast), Mayimi (around Lake Okeechobee), Tokobaga (Tampa Bay area) and many others. 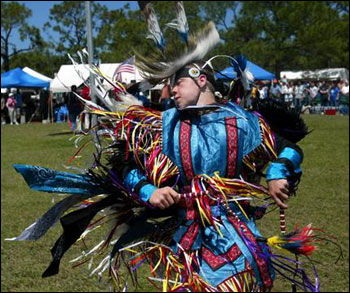 The Indians living in north and northwest Florida were close to the Mississippi culture, they farmed with corn as their main crop. The rich nature of Florida allowed the Indians of the southern part of the state to live by hunting and gathering.

The number of Indian peoples of Florida was greatly reduced due to infectious diseases introduced by Europeans, to which the locals had no immunity. In addition, many Indians in northern Florida were killed or enslaved during raids by British colonists from the Carolinas.

In the 18th century, under pressure from European colonists, Creek Indians came to Florida from the north, from Alabama and Georgia. Displacing the indigenous tribes and partially merging with them, they formed a new people - the Seminoles, who later played a very important role in the history of Florida. Florida was the first region in the continental United States discovered by Europeans. In April 1513, the Spanish conquistador Juan Ponce de Leon, who was looking for new lands north of Cuba on behalf of the King of Spain, landed on the east coast of Florida. It was he who, in honor of the Easter holiday (in Spanish, Pascua Florida, "flowered Easter"), called the lands he discovered La Florida ("blooming land").

Although Juan Ponce de León was the king's first explorer of Florida, it is likely that other Spaniards had already visited the peninsula before him. Most likely they sailed from the islands of the Caribbean in order to capture slaves. Ponce de Leon's expedition encountered hostility from the Indians, and some of them knew a few Spanish words.

After the adoption of the "Resettlement Act" by the US Congress in 1830, the gradual displacement of the Indians from the southeast of the United States (including Florida) to the west, to the "Indian Territory" (modern state of Oklahoma) began. The unwillingness of some Indians to leave their native lands led to the beginning in 1835 of the "Second Seminole War". Seven years later, in 1842, the resistance of the Indians was crushed and almost all of them were evicted. On March 3, 1845, Florida became the twenty-seventh state of the United States.

Dry Tortugas National Park is located on seven islands of the same name (the westernmost islands of the Florida Keys) in the Gulf of Mexico, more than a hundred kilometers southwest of the coast of Florida.

The park's main attraction is Fort Jefferson, a coastal defense fortress that began construction in 1846 and took about thirty years to complete. Fort Jefferson is one of the largest in the United States and the largest brick structure in the Western Hemisphere. In addition to the fort itself, the Dry Tortugas National Park is interesting for its tropical nature, almost untouched by human influence. Dry Tortugas National Park was founded in 1983, before (since 1935) it had the status of a National Monument.

Biscayne National Park is located in southeast Florida, near the city of Miami. It includes part of the bay of the same name, its coast, as well as several barrier reefs and Elliot Key Island (the northernmost of the Florida Keys).

Biscayne Park is home to a variety of ecosystems, including coastal mangrove swamps, the shallow waters of the bay, coral-shaped islands, and the northern part of Florida Reef, one of the largest coral reefs in the world. Hundreds of animal species live both on the coast and in the sea, including some rare species. Most of the park is only accessible by water and popular with visitors are fishing, windsurfing and scuba diving.

Biscayne National Park was founded in 1980, before (since 1968) it had the status of a National Monument.

Lighthouse on one of the islands of Biscayne National Park

Everglades National Park is located in southern Florida, it is the third largest national park in the country, the largest protected area of ​​tropical nature in the United States and the largest reserve east of the Mississippi River.

The Everglades is primarily a unique ecosystem of wetlands and forests. In the park you can see the largest mangroves in the Western Hemisphere, dozens of species of animals (including protected or endangered) and reptiles, hundreds of species of birds and fish.

The Everglades National Park was founded in 1934 and has been a UNESCO World Heritage Site since 1979. Song - "Florida, Where the Sawgrass Meets the Sky" by Ian Hinton

More than 18,800,000 people live in the state of Florida (fourth, after California, Texas and New York, in terms of population among US states). The average population density in the state is about 135 people per km2 (8th place in the USA). The largest urban agglomerations in the state of Florida were formed around Miami (about 5,570,000 people, eighth place in the list of US metropolitan areas), Tampa (more than 2,790,000 people, nineteenth place) and Orlando (about 2,140,000 people, twenty-sixth place) and Jacksonville (about 1,350,000 people, fortieth place).

The largest ethnic (national) groups among the population of the state of Florida: 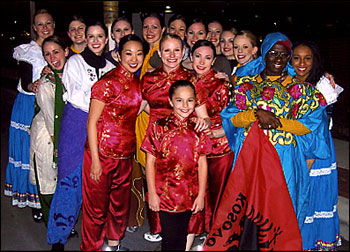 For more than a quarter of Florida's population, their first language is not English. Almost twenty percent of the state's residents call Spanish as their native language, and about two percent - the Creole dialect of French.

More Cubans live in Florida than anywhere else in the United States. Mostly Cuban communities are concentrated in the Miami and Tampa area. There are also many immigrants from Puerto Rico, Haiti, Nicaragua and other Latin American countries in the state.

Florida ranks fourth among US states in terms of GDP (after California, Texas and New York). Florida's main economic sectors are tourism, agriculture, mining, and industry.

Approximately sixty million tourists visit the state each year, drawn both by Florida's mild climate and its unique natural sites, as well as by its many historical landmarks and tourist attractions.

Title
Author
Date
Publisher
Description
Sikorsky, A Lockheed Martin Company, Recognizes Top Suppliers
April 15, 2019
WebWire
Lockheed Martin's (NYSE: LMT) Sikorsky line of business honored its top suppliers at a recent ceremony in West Palm Beach, Florida. Suppliers were recognized March 28, receiving honors as Sikorsky Elite Suppliers for best-in-class performance in achieving on-time delivery, cost and quality standards during 2018 and Supplier of the Year for extraordinary support on a specific program. Sikorsky Program Supplier of the Year Award Recipients , , , , , , • Black Hawk: Kaman Aerospace Corporat...
General Electric in $49 million settlement over Petters fraud
Reuters Editorial
March 26, 2019
U.S.
General Electric Co has reached a $49 million settlement to end a long-running lawsuit over its relationship with Thomas Petters, the Minnesota businessman serving a 50-year prison term for running a multibillion-dollar Ponzi scheme.
Milwaukee Science's Williams is AP Wisconsin player of year
By MARK STEWART and DENNIS SEMRAU
March 22, 2019
AP NEWS
When Shemera Williams started her freshman season at Milwaukee Academy of Science, she already had built a reputation on the club circuit. The word was that she was going to be something...
Florida prosecutors offer to drop charges against Robert Kraft in prostitution solicitation case
Jonathan Ng
March 19, 2019
Boston Herald
Florida prosecutors have offered to drop charges against New England Patriots owner Robert Kraft and other men charged with soliciting prostitution if they admit to facts, do community service and take a class on prostitution. The Palm Beach County State Attorney's Office confirmed Tuesday it has offered Kraft and 24 other men charged with soliciting
DeSantis gets some schooling on coding, computer science
March 19, 2019
AP NEWS
TALLAHASSEE, Fla. (AP) -- Gov. Ron DeSantis got a little bit of schooling on coding and computer science. The Republican governor took part Tuesday in an event promoting computer skills in...
SHOW MORE
Is a