Tezos is an open-source blockchain protocol relying on a low power consumption and energy-efficient consensus.

Tezos is a public, open-source blockchain protocol relying on a low power consumption and energy-efficient consensus.

The protocol also incorporates a self-amending governance system, which allows continuous improvements while preserving the integrity of this consensus. This rare feature aims to eliminate hard forks troubles. Tezos is also fundamentally designed to provide code safety through Formal Verification. 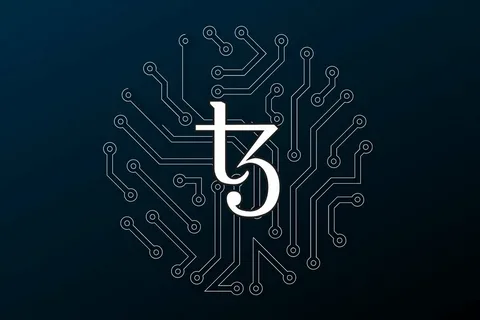 Arthur Breitman knew the main weaknesses of blockchains like Bitcoin and Ethereum and wanted to address them:

His goal was to keep the best bits from these early blockchains and overcome their existing defects.

From March 2014 to July 2017, the company OCamlPro, hired by Arthur Breitman, took on the project of developing a Tezos prototype. The platform was thus written in their preferred language OCaml.

Tezos was conceived by Arthur Breitman, a France native and former engineer at Google X and Waymo who went on to work as a quantitative analyst at Morgan Stanley (MS).

It was developed with the participation of Kathleen Breitman, Arthur's wife and a former employee of the hedge fund Bridgewater Associates and R3, a software company. The couple reportedly met at an Anarcho-Capitalist meetup in New York.

In 2014, while still working at Morgan Stanley, Arthur Breitman published a white paper under a pseudonym outlining the principles behind Tezos.

In July 2017, the Switzerland-based Tezos Foundation, headed by Swiss entrepreneur Johann Gevers, organized with the Breitmans an initial coin offering (ICO) for Tezos that proved to be the most successful ICO to date; by January 2021 it ranked as the seventh-largest crypto coin offering. 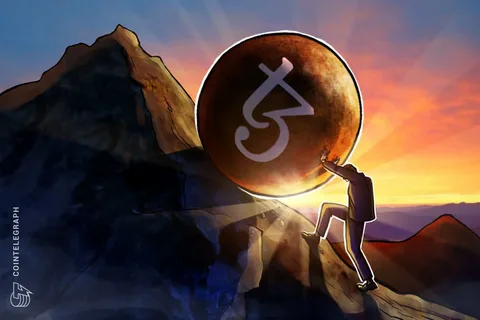 Amid investor warnings regarding ICOs by the U.S. Securities and Exchange Commission (SEC), including notice that some are investment securities subject to registration under U.S. law, the Tezos ICO was labeled a fundraiser of donations, though it eventually allocated Tez in proportion to outside contributions.

The distribution of coins was delayed first by a power struggle between the Breitmans and Johann Gevers, who ultimately stepped down as Tezos Foundation president in early 2018.

Nearly a year after the ICO, in June 2018, the Tezos Foundation said ICO "donors" awaiting their Tez allocations would have to first submit to know-your-customer (KYC) and anti-money-laundering (AML) verification. As of November 2020 Tezos had verified 94% of the ICO funds.

In March 2020 the Tezos Foundation, the Breitmans, and the Breitmans' company Dynamic Ledger Solutions settled for $25 million a class action lawsuit brought on behalf of ICO participants looking to withdraw their investment.

Like Bitcoin and Ethereum, Tezos is a decentralized ledger that makes use of blockchain technology. Like Ethereum, Tezos is designed to make use of smart contracts. Depending on the source, “Tezos” is either the ancient Greek term for “smart contract” or (much more likely) the name discovered by an algorithm Arthur Breitman wrote to sift through names unclaimed on the internet and pronounceable in English.

Staking 8,000 Tez, known in the Tezos network as a roll, permits the owner to operate a network node earning a proportional share of Tez rewards for validating blockchain transactions. Holders of smaller Tez sums may delegate them to a network node known in Tezos parlance as a baker.

When additional Tez currency is created at the end of protocol upgrade cycles to compensate developers whose protocol upgrades are adopted, baker stakes are increased proportionately as an inflation adjustment.

Decisions on adopting protocol upgrades depend on voting by bakers in proportion to the size of their stakes, and the changes are automatically implemented throughout the blockchain. Final votes require the participation of owners holding at least 81% of the current coin supply.

All network activity and governance is decentralized, and the Tezos Foundation disclaims any role in its operations. Instead it supports the development of Tezos infrastructure and dispenses grants and other funding to foster adoption of the network.

How Tezos Is Different

Tezos' governance protocols distinguish it from Bitcoin as well as Ethereum, which lack formal governance systems, and its insistence that the blockchain can't be forked also stands out among cryptocurrencies. The provision adjusting active stakes for the creation of new tokens is also unusual, and is meant to encourage participation.

Tezos Foundation adds members to the board

Olaf Carlson-Wee, Pascal Cléré, Marylene Micheloud and Hubertus Thonhauser are added to the Tezos foundation board.

Gevers steps down from Tezos foundation

Following a dispute with Arthur and Kathleen Breitman, Johann Gevers steps down as president of the Tezos foundation to be replaced by Ryan Jesperson.

Tezos was founded by Arthur Breitman and Kathleen Breitman.

A beginner’s guide to Tezos