Solana is a decentralized blockchain built to enable scalable, user-friendly apps for the world.

Solana is an open-source project implementing a permissionless blockchain. The Solana Foundation is based in Geneva, Switzerland and maintains the open-source project. The company's decentralized blockchain platform offers concurrent GPU-parallelization and uses a Proof of History (PoH) consensus mechanism for higher speed than competitor blockchains, with low latency and reduced cost of transactions, all at layer-1 and without sharding. According to Solana, the blockchain is capable of 710,000 transactions per second on a 1-gigabit network without data partitioning.

Solana was founded in 2017 and was officially launched in March 2020 by the Solana Foundation. The protocol is designed to facilitate decentralized applications (dApp) creation, as well as improve the scalability through the Proof of History consensus. Similar to Ethereum, Solana is a cryptocurrency and a flexible platform for running dApps. The speed of the network is intended to reduce congestion on the network and reduce network fees, in order to entice new developers and help Solana scale. Solana uses a native cryptocurrency, SOL, which is used to pay transaction fees and for staking for governance. 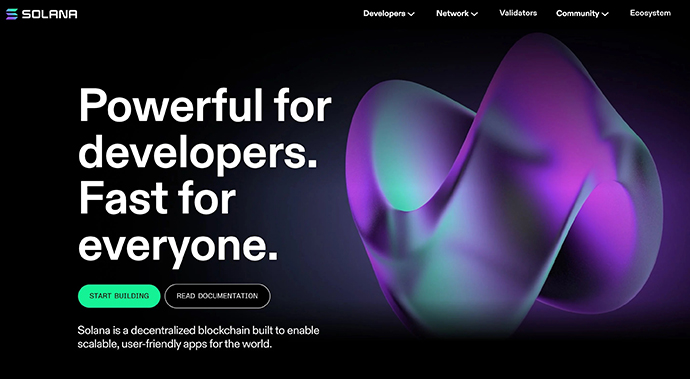 Cofounder Anatoly Yakovenko published a whitepaper in 2017 to describe the Proof of History (PoH) concept that would be adopted by the Solana blockchain. This consensus mechanism uses order and passage of time between events to encode trustless passage of time into a ledger. This is intended to reduce the slowdowns in other networks that can be caused by the network using a participant or network nodes local clock. The lack of a trusted source of time, or a standardized clock, caused some transactions to be accepted or rejected erroneously and caused network slowdowns, which PoH is intended to solve while maintaining a trustless basis.

The Solana architecture offers features common to other networks, such as smart contracting, transaction settlement, and token issuance. The Solana network works to offer better settlement speeds and higher capacity for transactions in comparison to other blockchain networks. It works to achieve this through eight core components of the network, including: 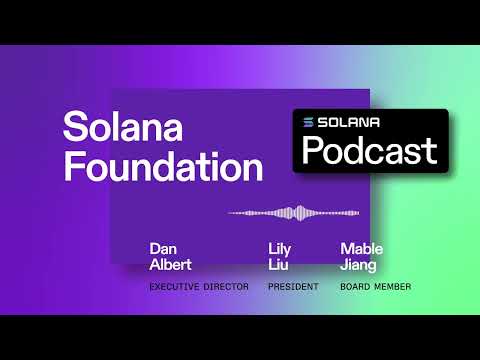 The Solana company notes its founding starts with Anatoly Yakovenko's 2017 whitepaper on the Proof of History. This was based on his experience designing distributed systems as Qualcomm, Mesosphere, and Dropbox, where he knew a reliable clock makes network synchronization simpler. This was to develop a blockchain that was faster than Bitcoin and Ethereum, which have struggled to scale beyond fifteen transactions per second globally, while centralized systems, such as Visa, can process 65,000 transactions per second. With the change, Solana suggests the company's blockchain is capable of processing 710,000 transactions per second on a 1-gigabit ethernet network.

Solana cofounder Greg Fitzgerald worked with Anatoly Yakovenko on the initial implementation of Proof of History, encouraging Yakovenko to change the programming language of the project to the Rust programming language, which Fitzgerald has maintained guarantees safety for improved software productivity. The resulting project was published to GitHub under the name Silk in 2018. This early release demonstrated 10,000 signed transactions that were verified and processed in over half a second. Yakovenko recruited Fitzgerald along with others to cofound a company based on this consensus mechanism.

Around this time, the company was founded with the name Loom, until an Ethereum-based project Loom Network was also developed. The team changed its name to Solana, in a nod to a small beach in California where cofounders Yakovenko, Fitzgerald, and Stephen Akridge lived while they worked together at Qualcomm.

On the 16th of September 2021, Melania Trump, past First Lady of the United States, announced plans to release a non-fungible token at the price of 1 SOL each on the Solana blockchain. A representative of the Solana Foundation said in response:

"To avoid any confusion, her choice to use the Solana blockchain was completely organic and this project is not part of any Solana-led initiative."

Slope Finance, the start-up behind a digital wallet for the Solana blockchain, has closed a Series A funding round co-led by Solana Ventures and Jump Crypto.

Ethereum OR Solana? Who Will Get Ahead? [ Main Differences Explained ]