Proof of History (PoH) is a time-based consensus mechanism for blockchain networks.

Proof of History (PoH) is a technology intended to solve the problem of time on blockchain. Most blockchain networks refer to a centralized source of time to give the network a median timestamp, which is used to validate transactions in the order they are received. PoH offers "timestamps" to be built into the blockchain itself, and is done through a verifiable delay function. This is essentially a cryptographic clock, which is intended to allow people running nodes to know what time a transaction is submitted and thereby achieve high transactions per second. Proof of History has been combined with Proof of Work to develop a hybrid consensus mechanism for blockchain networks. 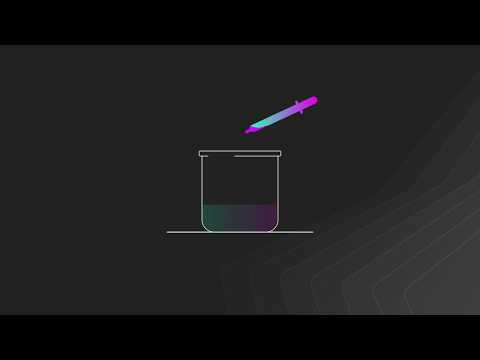 As a verifiable delay function, Proof of History requires a specific number of sequential steps to evaluate, while producing a unique output that can be publicly verified. The Proof of History does this by using a sequential pre-image, in which it takes timestamps of the hash and count of the current output. This then clocks that real time has passed between each counter as it is generated.

The function runs a sequence on a single core, with its previous output as the current input, periodically recording the current output and how often it has been called. The output can be re-computed and verified by external computers in parallel by checking the sequence on a separate core. This then timestamps the data by appending the data into the state of the function. The recording of the state, index, and data as it was appended gives the sequences timestamps to guarantee the data was created before the next hash was generated.

Solana's development of Proof of History

The Proof of History consensus mechanism was initially developed by Solana for the Solana blockchain network to help the network reach faster speeds than other networks. This is done by removing the need for validators to talk to agree time has passed, and instead utilizing a validator that maintains its own clock by encoding the passage of time in a SHA-256 sequential-hashing verifiable delay function, as explored above.

Proof of History can be combined with Proof of Stake to create a hybrid consensus mechanism. The hashing process creates a long, unbroken chain of hashed transactions that creates a clear and verifiable sequence of transactions without need for a conventional timestamp.

Proof of History offers a cryptographic proof of the relative order and time of each message in the record, which allows a network to ignore local clocks and accommodate potential network delays as the data structure is delivered and re-assembled. The consensus is not necessary for permissionless blockchain, as Proof of Stake-based networks can, and have, been built without it, but it adds a source of objectivity to the network.

Solana is the first blockchain network to use Proof of History

Proof of History by CryptoWiener

Proof of History: A Clock for Blockchain - Solana - Medium

Proof of History: How Solana brings time to crypto