TikTok is a short-form mobile videos app, and the international version of Chinese video app Douyin. Both applications are owned by Chinese company ByteDance. Originally launched in 2016, TikTok gained widespread popularity in the US after it was merged with Musical.ly, a lip-synch video app, in 2018. As of 2021, TikTok has been downloaded in over 150 countries, has over 1 billion users, and has over 200 million downloads in the US alone.Morning Consult ranked TikTok as the third fastest growing brand of 2020, after only Zoom and Peacock. Cloudflare ranked TikTok as the most popular website of 2021, usurping Google.

TikTok was created after parent company ByteDance (established in 2012 by Zhang Yiming in Beijing) launched Douyin, a short-form mobile video app, in China in 2016. There, it quickly gained widespread popularity. Later that year, Bytedance launched the international version of Douyin, giving it the new name TikTok. TikTok continued to gain popularity after ByteDance acquired Musical.ly for $1 billion in 2017. The two companies were merged together a year later, in 2018. 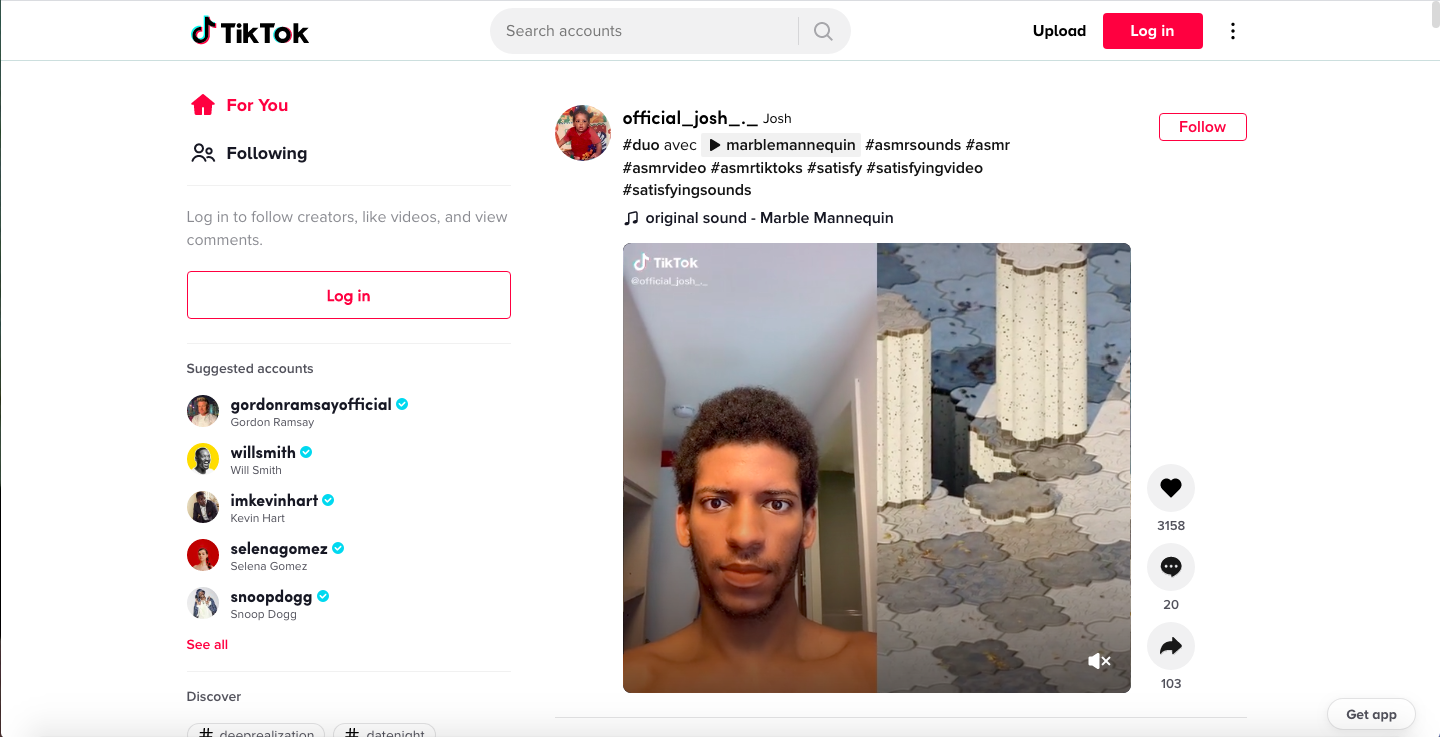 By late 2018, TikTok's popularity continued to grow after it surpassed Facebook, Instagram, Snapchat, and Youtube in downloads. The app topped 1 billion installs on the App Store and Google Play in early 2019, and surpassed 2 billion downloads a year later in April 2020. In the US, the app is especially popular with teenagers and people in their early twenties (often referred to as Gen Z), who account for 47.4% of active users, according to Statista.

TikTok's rise in popularity has not been without controversy, with politicians in the US and abroad raising concerns about data security and censorship.

Politicians from the US and abroad have raised concerns about the security of the data that users share with TikTok. While social media platforms routinely collect user data, TikTok collects over fifty different kinds of data from users thirteen and older, including age, username, gender, content of messages, email address, and tracking data of online activity. Critics raise concern about the data privacy of the app, particularly in regards to how much access the Chinese government has to user data in the US and elsewhere. ByteDance itself has said their US and China operations are handled separately, with TikTok offices and servers being based in the US and Singapore and Douyin servers and offices being based in China.

TikTok has also been accused of censorship, with critics saying the app hides or removes certain material that may be critical of the Chinese government and its practices. In 2019, the Guardian reported that TikTok moderators were instructed to ban videos that mentioned Tiananmen Square, Tibetan independence, or the banned religious group Falun Gong, and that the app was removing videos referencing the then-ongoing Hong Kong protests. ByteDance responded that the leaked documents the Guardian had access to were old and the policies had not been updated to single out any one specific organization, cause, or region.

As a result of this controversy, TikTok has been banned, or has had bans against it proposed, in several major countries around the world. On June 29, 2020, India passed a nationwide ban on Chinese-owned apps, including TikTok. As of July 2021, the ban still remains in effect.

In August of 2020, then President Donald Trump signed an executive order proclaiming that the US would be banning TikTok and Chinese-owned app WeChat from US app stores, unless they found a US company to purchase the service. Originally given fifteen days to find a buyer, this time period was extended multiple times, with US companies Oracle and Walmart both expressing interest. Ultimately, neither the ban nor the sale to a US company came to fruition. Ultimately, President Joseph Biden revoked Trump's executive order in June of 2021.

TikTok overtakes Facebook as the most downloaded social media app in the world.
US President Joe Biden revokes Trump's executive order banning TikTok.
US President Donald Trump signs an executive order banning TikTok and WeChat from US app stores unless they can find a US buyer.
India passes a ban on TikTok and several other Chinese-owned apps.
TikTok and Douyin top over 2 billion downloads.
TikTok reaches 1 billion installs on the App Store and Google Play.
TikTok merges with Musical.ly.
ByteDance buys Musical.ly, a short video lip-syncing app, for $800 million to $1 billion.
ByteDance launches Douyin, a short-form video app, in China, and launches the international version under the name TikTok later that year.
TikTok parent company ByteDance is incorporated in Beijing, China by Zhang Yiming.

How TikTok Is Rewriting the World

TikTok: What It Is, How It Works, and Why It's Popular

Title
Author
Date
Publisher
Description
Pakistan again lifts ban, fourth so far, on China's TikTok
November 19, 2021
AP NEWS
ISLAMABAD (AP) -- Pakistan's media regulating authority on Friday again lifted a ban on TikTok, this time after four months, following assurances from the popular Chinese video-sharing service that it would control the spread of indecent content.
Don't know what to be for Halloween? Check out these DIY TikTok costume ideas anyone can do
USA TODAY
October 11, 2021
USA TODAY
TikTokers have flooded feeds with DIY Halloween costume ideas that will save you money during this years holiday.
Why Does Emily Mariko Put An Ice Cube In Her Rice?
Caroline Bologna
October 8, 2021
HuffPost
The viral TikTok recipe presents an intriguing method for reheating food in the microwave.
Slam dunk? Belgian biscuits set to be big Christmas foodie trend
Zoe Wood
October 8, 2021
the Guardian
Biscoff biscuits have soared in popularity during pandemic and supermarkets are taking notice
Duolingo boss plans to take on TikTok with maths
By Dougal Shaw
October 8, 2021
BBC News
Luis von Ahn boss of language-learning app Duolingo, talks about taking on TikTok with a maths app.
SHOW MORE