YouTube is a video-sharing service owned by Google founded in 2005 by Steve Chen, Jawed Karim, and Chad Hurley. its cool

YouTube is an American online video-sharing platform headquartered in San Bruno, California. Three former PayPal employees-Chad Hurley, Steve Chen, and Jawed Karim--created the service in February 2005. Google bought the site in November 2006 for US$1.65 billion, and YouTube operates as a subsidiary of Google. my favourite

YouTube announced in January 2015 that their default playback method would be HMTL5 on supported browsers. Previous to this change, YouTube used Adobe Dynamic Streaming for Flash. Still, the transition to HTML5 streamed video using Dynamic Adaptive Streaming over HTTP for an adaptive bit-rate HTTP-based streaming for optimized bit-rate and quality based on the viewer's network.

As of May 2019, more than 500 hours of video were uploaded to YouTube every minute. That's around 30,000 hours of content per hour. The number of video content hours uploaded every 60 seconds grew approximately 40 percent between 2014 and 2019. YouTube has reported two billion logged-in viewers every month. More than 1 billion hours of video watched every day; this accounted for around 21 percent of global video streaming traffic in October 2018, behind Netflix, which accounted for 26.6 percent.

YouTube and creators earn advertising revenue from Google AdSense, a program that targets ads according to site content and audience. YouTube uses its Partner Program for monetization of a user's channel. To be eligible for the program, users require channel owners to have 4,000 watched hours of video over 12 months and at least 1,000 subscribers. Through the Partner Program, affiliated users receive ad revenue from the display, overlay, and video ads. They can receive income from super chats and super stickers and can have channel memberships requiring recurring monthly payments for perks. Affiliates can have a merchandise shelf where viewers can browse and buy merchandise on a channel's watch page. Lastly, affiliates of the Partner Program receive a part of YouTube Premium subscription fees.

The majority of YouTube videos are free to view except subscription-based premium channels, film rentals, YouTube Music, and YouTube Premium. The latter two are subscription services offering ad-free music streaming and ad-free access to all content. Based on reported quarterly advertising revenue, YouTube was estimated to have US$15 billion in annual revenue in 2019.

YouTube states that their mission is to "give everyone a voice and show them the world." 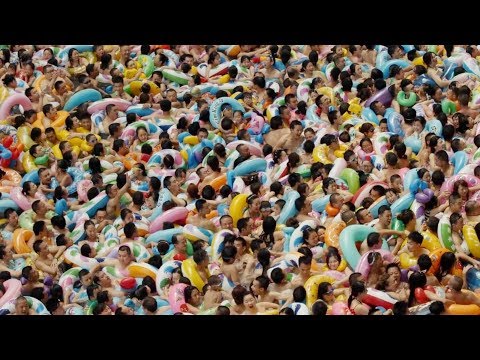 This statement includes their values, which YouTube lists as