Snyk is a technology company, and subsidiary of Heavybit, offering a software development security platform using open source code that is headquartered in London, England and was founded in 2015 by Assaf Hefetz, Danny Grander, and Guy Podjarny. The Snyk platform is made for developers to automatically detect and fix vulnerabilities associated with their open source code. Notable customers using Snyk include: Google, Microsoft, Salesforce, Skyscanner, MongoDB, The Guardian, Adobe, and ASOS. 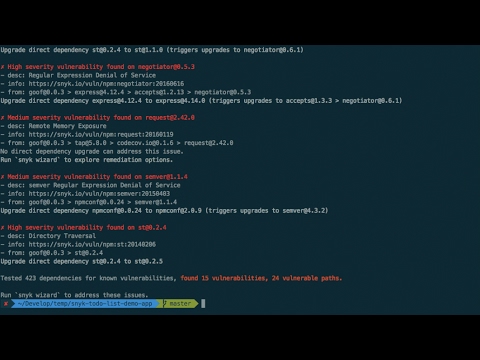 On September 25, 2018 Snyk completed their series B funding round with $22 million in funding from Accel (lead investor), Heavybit, GV, and Boldstart Ventures.

On September 9, 2019 Snyk completed their series C funding round with $70 million in funding from GV, Boldstart Ventures, and Accel.

Snyk $22M Series B: Thanks to our community! | Snyk