London is the capital of England and the United Kingdom.

London is located in the southeastern part of England along the River Thames. The proximity to this body of water makes it an optimal location for a port, allowing the city to initially start thriving with commerce from traders entering from various countries. Today, the city's location allows for ferry services connecting to the rest of Europe and Ireland. The Trainline rail system goes under the English Channel and goes to cities in Europe, such as Paris and Brussels.

It is stated that London was founded under the name Londinium in 43 AD by the Romans, who remained there until the fifth century AD. Over the next several centuries, the city was invaded by multiple people, including the Anglo-Saxons, Vikings, and the Normans. In the fourteenth and fifteenth centuries, London became a major hub for European trading as it had a strong textile industry.

By the seventeenth century, the city had more than 500,000 inhabitants. It was during this time that London saw great tragedies through the Great Plague and a massive fire in 1666 that destroyed much of the city.Upon rebuilding of the city, the establishment of the Bank of England allowed for the city to grow as a commercial hub. In the eighteenth century, the Industrial Revolution brought millions of people to London. The population of the city continued to grow until World War I, when it started to decline at the end of the war with people moving to suburban areas. In 1940, the city of London was subject to the Blitz, a series of bombings by German soldiers that lasted until 1941.

London was rebuilt strategically after the World Wars, with authorities creating satellite towns outside of London to help with overcrowding. The city has been prosperous for the past several decades and is still a successful business and tourist hub.

There are dozens of sights to see in London, and below is a list of some of the most popular: 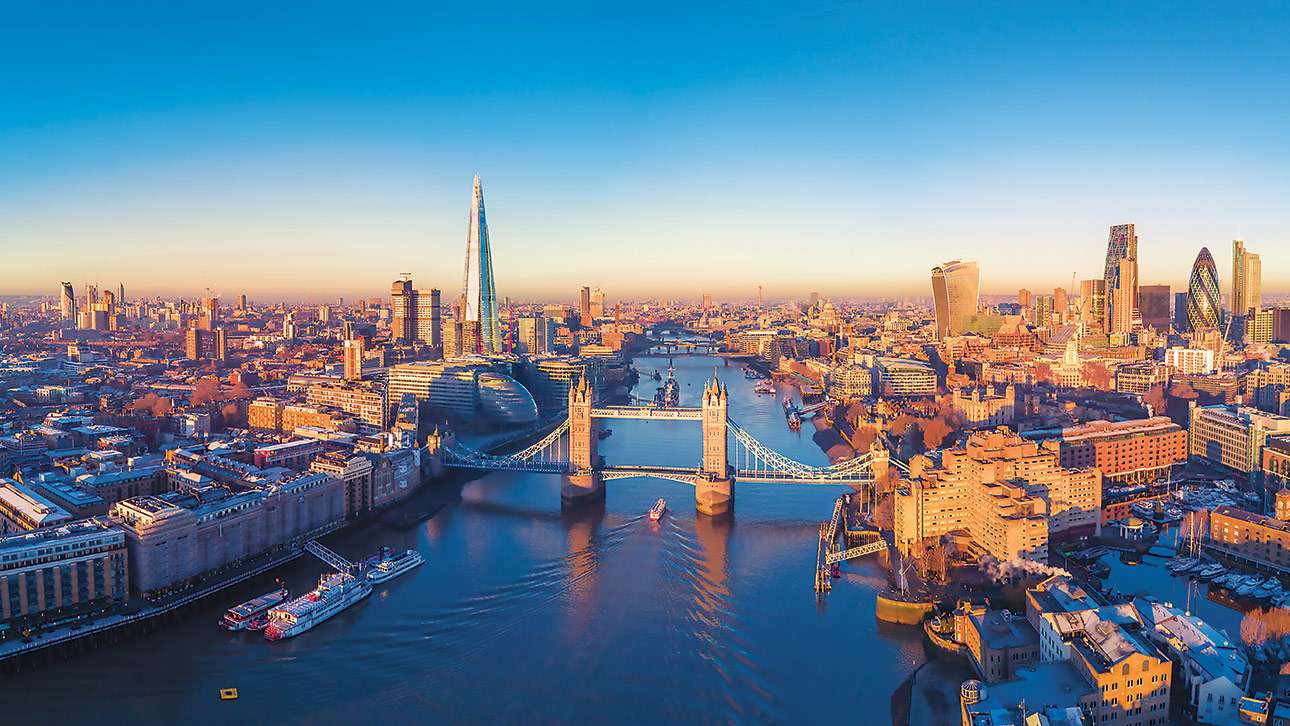 Metropolitan Police Service of London announces that the force will soon begin to use "Live Facial Recognition" (LFR) technology deployed around London to identify people of interest as they appear in surveillance video and alert officers to their location.
London's tech firms secure around $4 billion in capital from VCs.
London overtakes New York for FinTech investment deals.
London announces its willingness to become the world's first National Park City, with the intention of making the city a nicer place for human, plant and animal residents alike.

A Thriving City : The changing face of the City of London

an ACTUAL day in the life of an Oxford student

Title
Author
Date
Publisher
Description
Final goodbye: Recalling influential people who died in 2021
By BERNARD McGHEE
December 2, 2021
AP NEWS
They both carved out sterling reputations as military and political leaders over years of public service. But both also saw their legacies tarnished by the long, bloody war in Iraq.Former Secretary of State Colin Powell and former Defense Secretary Donald Rumsfeld are among the many noteworthy people who died in 2021.
UK courts green investment to fuel carbon-cutting plans
October 19, 2021
AP NEWS
LONDON (AP) -- The United Kingdom announced plans Tuesday to stop installing home heating that uses fossil fuels by 2035 as the government hosted a meeting aimed at attracting billions of dollars in foreign investment for green projects in Britain.
Asian shares mixed after muddled day of trading on Wall St
The Associated Press
October 13, 2021
CTVNews
Shares were mixed in Asia on Wednesday as traders waited for updates on inflation and corporate earnings.
EU to unveil measures to ease British goods flow to Northern Ireland
Reuters
October 13, 2021
CTVNews
The European Commission will on Wednesday put to Britain a package of measures to ease the transit of goods to Northern Ireland, while stopping short of the overhaul London is demanding of post-Brexit trading rules for the province.
Ban UK police use of facial-recognition, House of Lords told
Sebastian Klovig Skelton
October 12, 2021
ComputerWeekly.com
Experts giving evidence to the House of Lords have said that UK police use of facial-recognition technology is disproportionate and ineffective, and further questioned the utility of algorithmic crime 'prediction' tools
SHOW MORE

City
TikTok URL
tiktok.com/@visitlondon
Known for
The capital of the Great Britain