Momentus Space was founded by space entrepreneur Mikhail Kokorich and his partner Lev Khasis in Santa Clara in 2017. Momentus was originally born out of discussions with satellite operators seeking more affordable space transportation. Momentus is developing in-space propulsion systems powered by microwave electro-thermal (MET) water plasma engines. Momentus Space is the first in-space transportation services company built around high performance water plasma rocket propulsion. Momentus’ water plasma propulsions systems use water which is cheap, non-toxic, and considered safe, and easy to work with. Water based propulsion could provide a path to breaking the ties of space industries to the Earth by allowing resupply from asteroids. 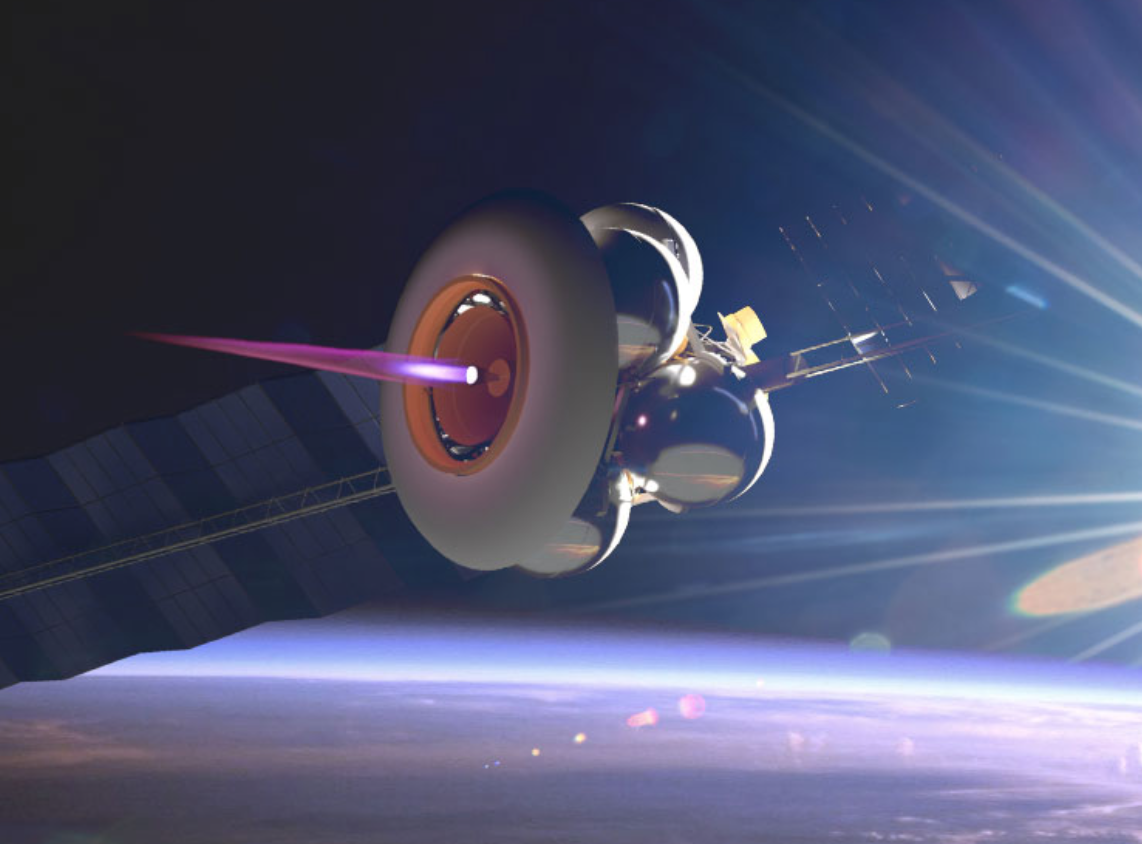 METs are plasma-based electrothermal devices that use Joule heating of a partially ionized gas to heat un-ionized propellant which is then ejected through a converging-diverging nozzle to create thrust in the same manner as chemical rockets. The thruster body itself is a microwave resonant cavity that allows for microwave breakdown of virtually any gas-state propellant. Momentus is developing an MET system that uses water as the propellant in a highly localized region just upstream of the rocket throat. A combination of solar array power and batteries (depending on duty cycle) provides the energy necessary for operation. For their high power systems, the microwave power to drive the system is generated by magnetrons, which are the highest known efficiency means of producing radiation from electric power and are highly mature in the terrestrial food preparation and materials processing industries.

Previous academic research and Momentus' own in-house development efforts have shown that by carefully injecting the propellant gas with vortex inducing swirl, the gas discharge can be confined on centerline, where the microwave intensity is greatest, thereby inducing a strong radial profile in the gas temperature. Electron temperatures on centerline in the discharge can be as high as 15,000 to 20,000 Kelvin allowing heating of the centerline gas to several thousand Kelvin while the boundary layer temperature of the gas that is in contact with the thruster throat can be within the long life temperature constrains of refractory metals.

Momentus' analysis and review of extant literature suggests that at achievable temperatures, specific impulse can approach 1,000s due to extremely high survivable bulk gas temperature and thermal dissociation of the water molecules to the atomic state. The following figure shows key design features of a Microwave ElectroThermal (MET) thruster showing the TM011 Mode Field Pattern in the resonant cavity. This cavity mode provides power coupling and positions the discharge in an optimal location upstream of the nozzle. 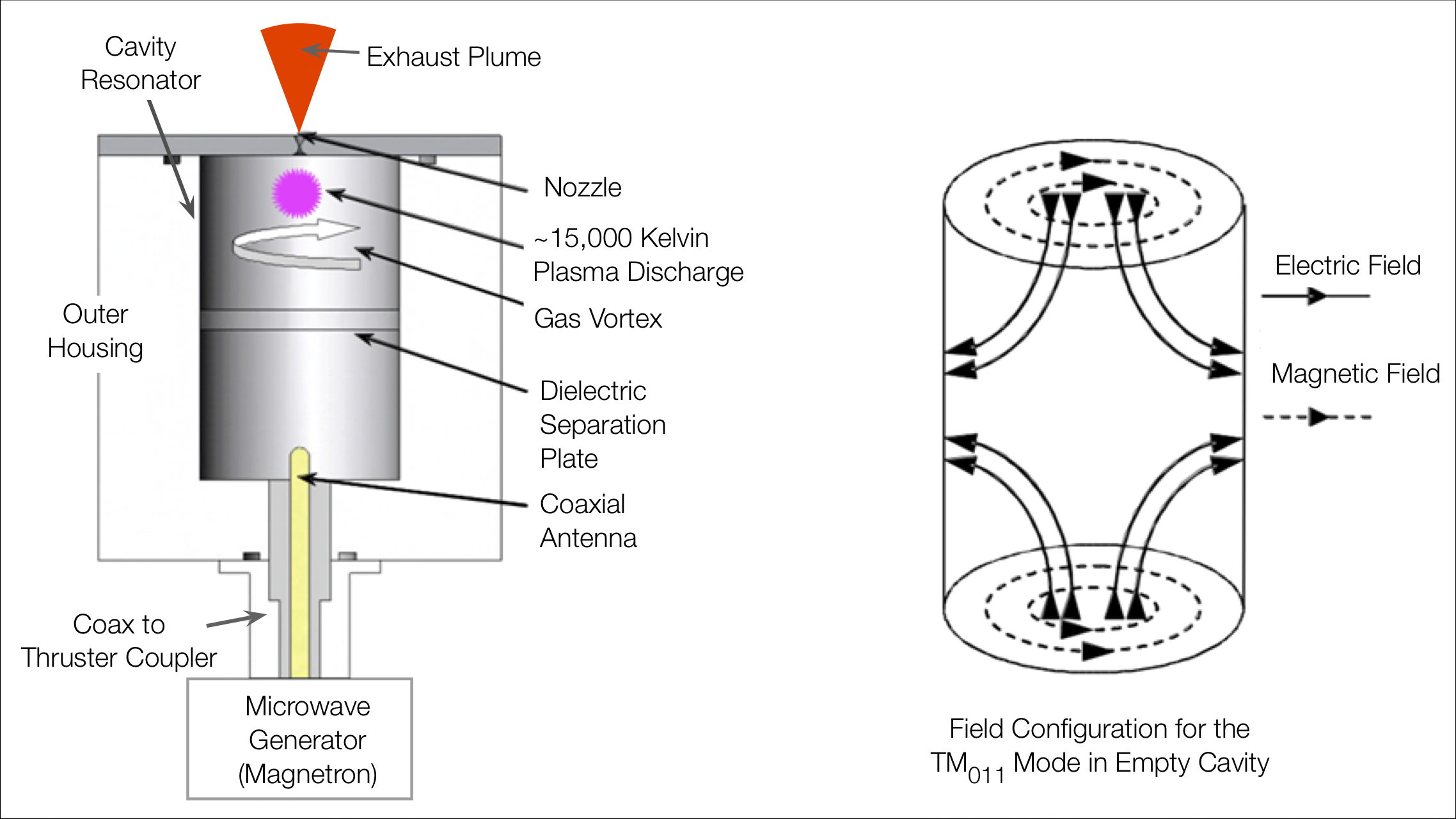 The next figure shows how molecular dissociation of water serves to increase specific impulse at a given temperature beyond that which would be expected at 18 gImol for water by reducing the average molecular weight. The figure shows a plot of frozen flow, fractional dissociation, and thermal efficiency versus chamber temperature for an expansion ratio of 100:1 with water propellant as modeled in TDK, a two-dimensional kinetic code maintained by Sierra Engineering for combustion simulation. An 8,000K chamber temperature yields a specific impulse of about 750s. 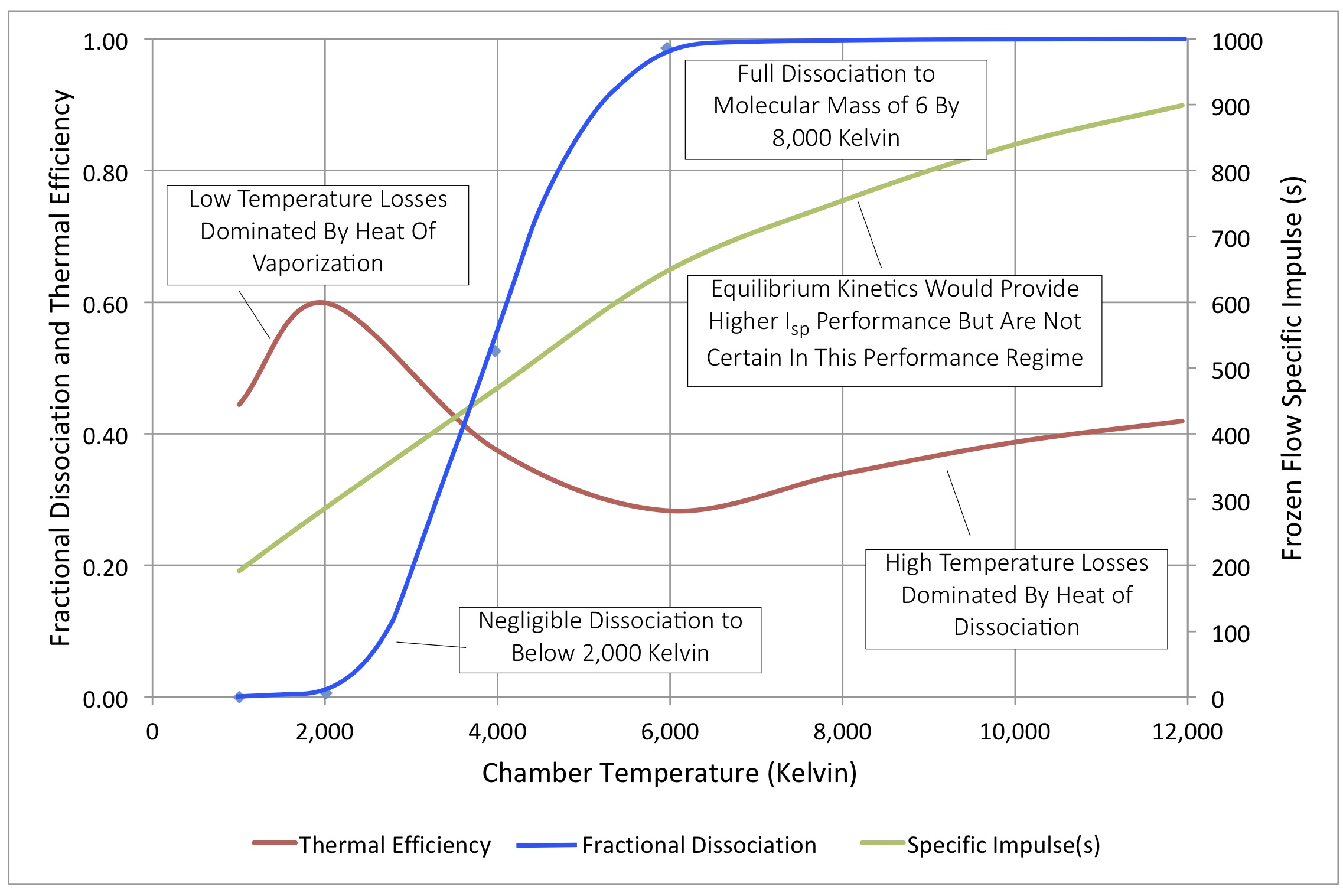 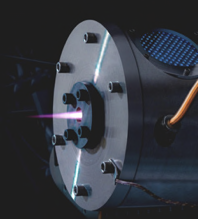 S-band MET Thruster in the lab.

The figure on the right shows an image of an S-Band (2.45 GHz) MET operating in the Momentus laboratory using water propellant at a power Level of 3 kW.

Water as a propellant

Choice of propellant is a primary cost driver, due to chemical properties, handling requirements, storage conditions, and many other factors including the following:

Based on these criteria, water is a proposed ideal propellant which is why Momentus selected to focus on water based MET as their core technology.

As shown in the folling roadmap diagram, with Momentus' first orbital flight demonstration planned to be ready for launch in 2019, Momentus technology roadmap starts with the Zeal™ and Vigor™ technologies that they are adapting for flight. Momentus will be ready to start taking orders for small sat transportation services in Earth orbit for launch in 2020 or later with their Ardoride™ and Vigoride™ SmallSat space tugs. By 2021 Momentus plan to have Fervoride™ ready which is a high performance space tug designed to deliver a new generation of GEO sats. Momentus' roadmap includes Valoride™ a large scale space tug designed to support space manufacturing, asteroid mining and resupply for space hotels. Valoride™ is Momentus' proposed workhorse transportation service that ferries equipment and supplies throughout cislunar space and between LEO, GEO, and the asteroids. 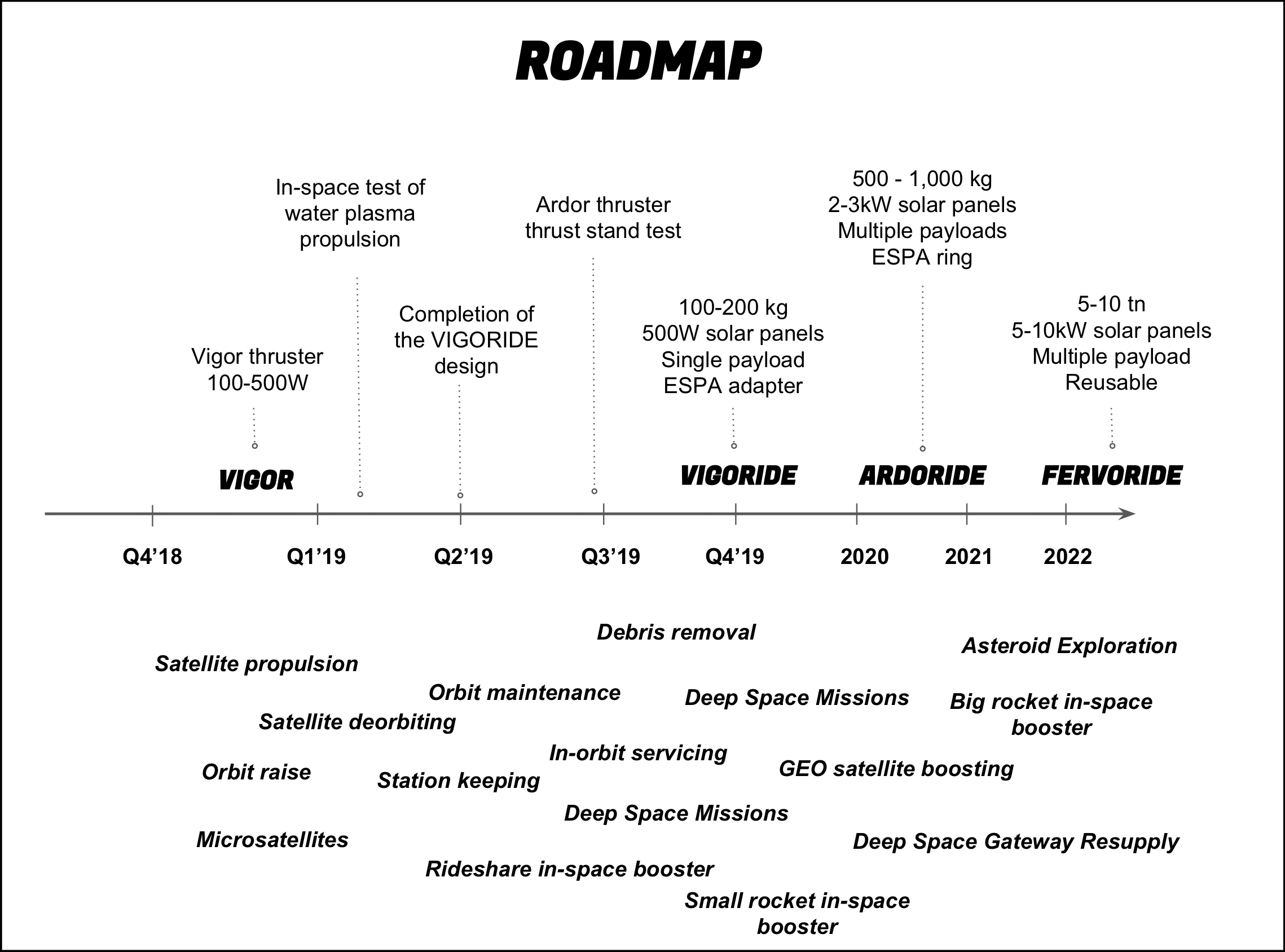 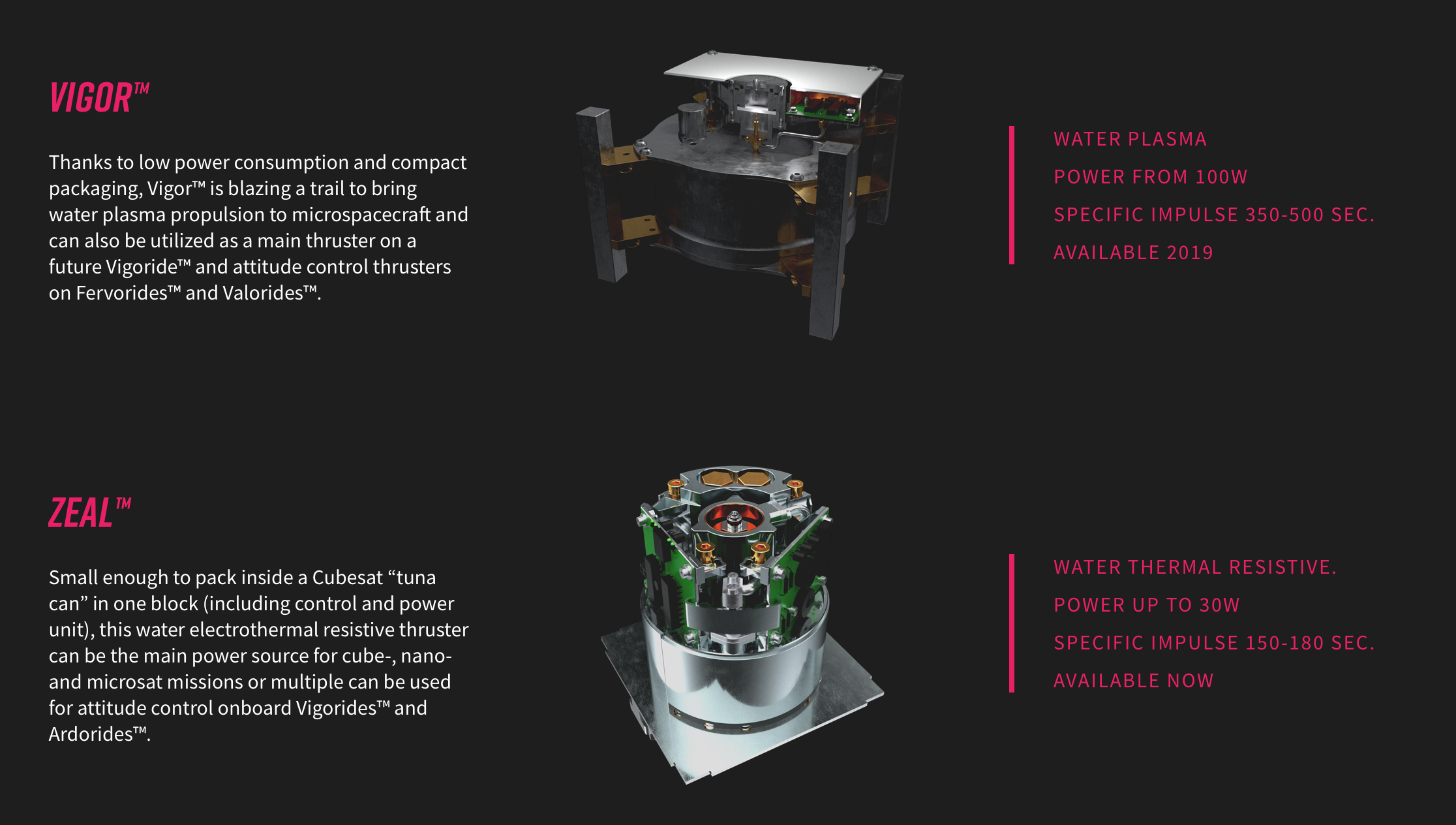 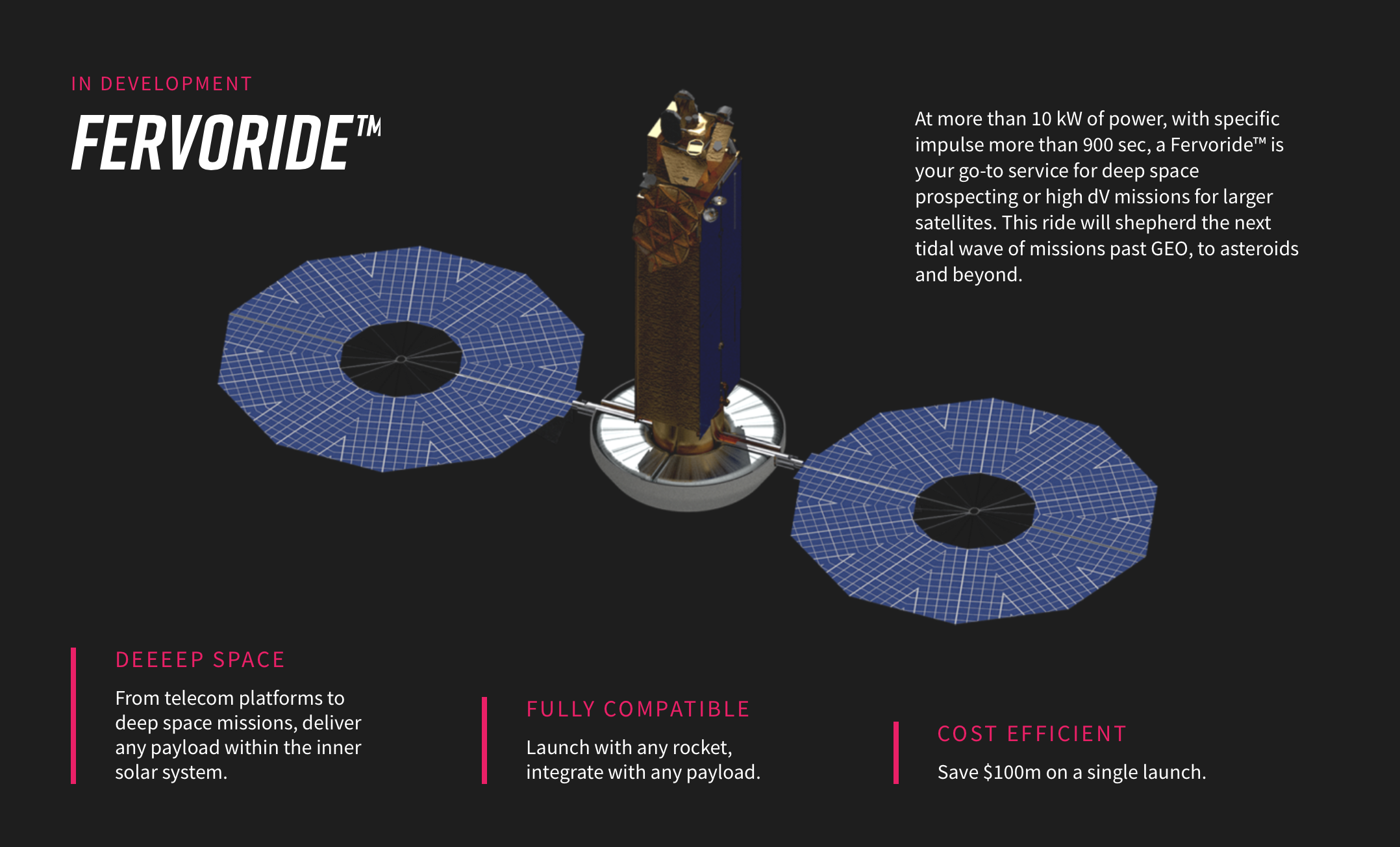 Chairman of Advisory Board

History and current status of the microwave electrothermal thruster,