JPMorgan Chase & Co is a financial service provider providing global investment banking, asset management, treasury, and other services that is headquartered in New York City, New York and was founded in 1823. According to the firms website (as of November 2019), JPMorgan Chase & Co has approximately $2.6 trillion in assets, has presence in 100 markets, and more than 250,000 employees. The firm actively conducts research related to household spending & income, small business, healthcare, household debt, cities & local communities, financial markets, and labor markets. 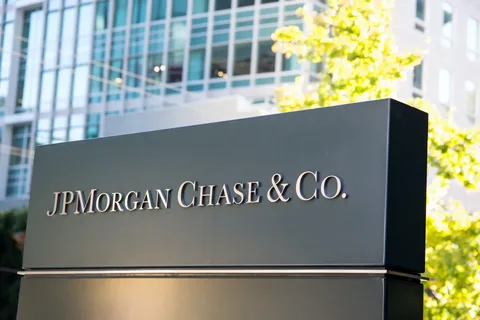 JPMorgan Chase, in its current structure, is the result of the combination of several large U.S. banking companies since 1996, including Chase Manhattan Bank, J.P. Morgan & Co., Bank One, Bear Stearns and Washington Mutual. Going back further, its predecessors include major banking firms among which are Chemical Bank, Manufacturers Hanover, First Chicago Bank, National Bank of Detroit, Texas Commerce Bank, Providian Financial and Great Western Bank. The company's oldest predecessor institution, The Bank of the Manhattan Company, was the third oldest banking corporation in the United States, and the 31st oldest bank in the world, having been established on September 1, 1799, by Aaron Burr.

According to page 115 of An Empire of Wealth by John Steele Gordon, the origin of this strand of JPMorgan Chase's history runs as follows:

At the turn of the nineteenth century, obtaining a bank charter required an act of the state legislature. This of course injected a powerful element of politics into the process and invited what today would be called corruption but then was regarded as business as usual. Hamilton's political enemy—and eventual murderer—Aaron Burr was able to create a bank by sneaking a clause into a charter for a company, called The Manhattan Company, to provide clean water to New York City. The innocuous-looking clause allowed the company to invest surplus capital in any lawful enterprise. Within six months of the company's creation, and long before it had laid a single section of water pipe, the company opened a bank, the Bank of the Manhattan Company. Still in existence, it is today JPMorgan Chase, the largest bank in the United States.

Led by David Rockefeller during the 1970s and 1980s, Chase Manhattan emerged as one of the largest and most prestigious banking concerns, with leadership positions in syndicated lending, treasury and securities services, credit cards, mortgages, and retail financial services. Weakened by the real estate collapse in the early 1990s, it was acquired by Chemical Bank in 1996, retaining the Chase name. Before its merger with J.P. Morgan & Co., the new Chase expanded the investment and asset management groups through two acquisitions. In 1999, it acquired San Francisco-based Hambrecht & Quist for $1.35 billion. In April 2000, UK-based Robert Fleming & Co. was purchased by the new Chase Manhattan Bank for $7.7 billion.

The House of Morgan was born out of the partnership of Drexel, Morgan & Co., which in 1895 was renamed J.P. Morgan & Co. (see also: J. Pierpont Morgan).J.P. Morgan & Co. financed the formation of the United States Steel Corporation, which took over the business of Andrew Carnegie and others and was the world's first billion dollar corporation. In 1895, J.P. Morgan & Co. supplied the United States government with $62 million in gold to float a bond issue and restore the treasury surplus of $100 million. In 1892, the company began to finance the New York, New Haven and Hartford Railroad and led it through a series of acquisitions that made it the dominant railroad transporter in New England

Built in 1914, 23 Wall Street was the bank's headquarters for decades. On September 16, 1920, a terrorist bomb exploded in front of the bank, injuring 400 and killing 38. Shortly before the bomb went off, a warning note was placed in a mailbox at the corner of Cedar Street and Broadway. The case has never been solved, and was rendered inactive by the FBI in 1940.

In August 1914, Henry P. Davison, a Morgan partner, made a deal with the Bank of England to make J.P. Morgan & Co. the monopoly underwriter of war bonds for the UK and France. The Bank of England became a "fiscal agent" of J.P. Morgan & Co., and vice versa. The company also invested in the suppliers of war equipment to Britain and France. The company profited from the financing and purchasing activities of the two European governments. Since the U.S. federal government withdrew from world affairs under successive isolationist Republican administrations in the 1920s, J.P. Morgan & Co. continued playing a major role in global affairs since most European countries still owed war debts.

In 1935, after being barred from the securities business for over a year, the heads of J.P. Morgan spun off its investment-banking operations. Led by J.P. Morgan partners, Henry S. Morgan (son of Jack Morgan and grandson of J. Pierpont Morgan) and Harold Stanley, Morgan Stanley was founded on September 16, 1935, with $6.6 million of nonvoting preferred stock from J.P. Morgan partners.[better source needed] In order to bolster its position, in 1959, J.P. Morgan merged with the Guaranty Trust Company of New York to form the Morgan Guaranty Trust Company.The bank would continue to operate as Morgan Guaranty Trust until the 1980s, before migrating back to the use of the J.P. Morgan brand. In 1984, the group purchased the Purdue National Corporation of Lafayette, Indiana. In 1988, the company once again began operating exclusively as J.P. Morgan & Co.

JPMorgan Chase entered the UK retail banking market by launched an app-based current account under the Chase brand. This is the company's first retail banking operation outside the of United States.
JPMorgan Chase & Co. announces the acquisition of Campbell Global LLC.
JP Morgan funded the failed attempt to create a European Super League in European soccer, which, if successful, would have ended the meritocratic European pyramid soccer system. JP Morgan's role in the creation of the Super League was instrumental; the investment bank was reported to have worked on it for several years. After a strong backlash, the owners/management of the teams that proposed creating the league pulled out of it. After the attempt to end the European football hierarchy failed, JP Morgan apologized for its role in the scheme. JP Morgan head Jamie Dimon said the company "kind of missed" that football supporters would respond negatively to the Super League.
the company admitted that it manipulated precious metals futures and government bond markets in a span period of eight years. It settled with the United States Department of Justice, U.S. Securities and Exchange Commission, and the Commodity Futures Trading Commission for $920 million. JPMorgan will not face criminal charges, however, it will launch into a deferred prosecution agreement for three years.
Financial Times, citing a report which revealed how companies are treating employees, their supply chains and other stakeholders, during the COVID-19 pandemic, documented that JP Morgan Asset Management alongside Fidelity Investments and Vanguard have been accused of paying lip services to cover human rights violations. The UK based media also referenced that a few of the world's biggest fund houses took the action in order to lessen the impact of abuses, such as modern slavery, at the companies they invest in. However, JP Morgan replying to the report said that it took "human rights violations very seriously" and "any company with alleged or proven violations of principles, including human rights abuses, is scrutinised and may result in either enhanced engagement or removal from a portfolio."
JPMorgan Chase Announces 2020 Investor Day
JP Morgan announced the launch of JPM Coin, a digital token that will be used to settle transactions between clients of its wholesale payments business. It would be the first cryptocurrency issued by a United States bank.
Reuters reported that JP Morgan "agreed to pay $5.3 million to settle allegations it violated Cuban Assets Control Regulations, Iranian sanctions and Weapons of Mass Destruction sanctions 87 times, the U.S. Treasury said".
JP Morgan was sued by the Nigerian government for $875 million, which Nigeria alleges was transferred by JP Morgan to a corrupt former minister. Nigeria accused JP Morgan of being "grossly negligent".
Lawrence Obracanik, a former JPMorgan Chase & Co employee, pleaded guilty to criminal charges that he stole more than $5 million from his employer to pay personal debts.[97] In June 2017, Matt Zames, the now-former COO of the bank decided to leave the firm.

How JP Morgan Chase Became The Largest Bank In The US

Title
Author
Date
Publisher
Description
As Bitcoin goes mainstream, Wall Street looks to cash in
By STAN CHOE
October 19, 2021
AP NEWS
NEW YORK (AP) -- Love cryptocurrencies or hate the very idea of them, they're becoming more mainstream by the day. Cryptocurrencies have surged so much that their total value has reached nearly $2.5 trillion, rivaling the world's most valuable company, Apple, and have amassed more than 200 million users.
Bitcoin price LIVE: 'Worthless' coin facing major crackdown after 30% surge-JPMorgan alert
Tara Fair
October 11, 2021
Express.co.uk
BITCOIN is worthless and government regulation is coming for cryptocurrencies, CEO of JPMorgan Chase has warned.
JPMorgan faces oil bribery probe in Brazil
September 22, 2021
The Economic Times
So far, police have focused their attention on purchases of roughly 300,000 barrels of Petrobras fuel oil by JPMorgan in 2011 according to the court documents and sources, who requested anonymity to discuss an ongoing investigation.
Why JPMorgan Chase Is Committed to Improving Racial Equity in Banking
September 21, 2021
Harvard Business Review
Does addressing structural racism in the financial system align with a major bank's growth strategy?
Savings account to 'blow the competition out of the water' - JPMorgan Chase launch UK deal
Connor Coombe-Whitlock
September 21, 2021
Express.co.uk
JPMORGAN Chase has today launched its new digital bank in the UK, as the bank introduces a fee-free current account along with a range of perks and services. This is the latest US banking giant to enter the UK savings market following Goldman Sachs, which launched its Marcus service in 2018. Some of the perks available to holders of the new account will 'blow the competition out of the water' according to an expert's review but even for those who are unsure, Chase assured more banking products are on their way to entice new customers.
SHOW MORE