TRON is a blockchain-based protocol whose primary aim is to form a completely decentralized content entertainment ecosystem.

TRON is a blockchain-based protocol and operating system that was founded by Justin Sun in 2017 and is headquartered in San Francisco, California. The platform launched the TRON mainnet in June 2018 and is designed to allow users to create decentralized digital content applications. According to TRON's website the platforms can handle over 2,000 transactions per second.

Besides its primary use as a platform for content creators, Tron is often used to complete transactions, as TRX transactions have no fees. Tron is used as a payment method by many companies including Travala, SpendCard, Bitnovo, etc. Tether moved its stablecoin to Tron's network, called USDT-Tron. 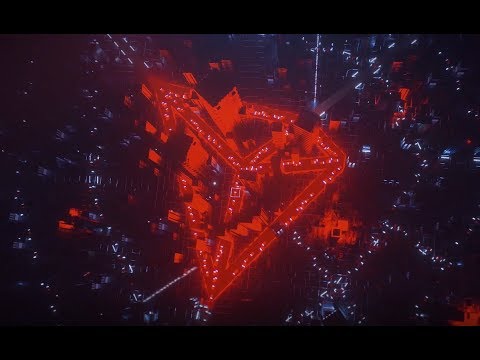 On June 25, 2019 Tron announced the company will be buying back their own TRX cryptocurrency in several batches with at least $20 million worth of TRX in each batch. The company also announced they will unlock their TRX holdings held by the TRON Foundation on January 1, 2020, and has no plans to use the unlocked TRX for anything specific (at the time of their announcement).

On November 29, 2018 Tron announced their Blockchain Gaming Fund with $100 million in funding. The company claims the fund will be used to support blockchain game developers, and made the following public statement:

TRON strives to tackle existing issues faced by the gaming industry by leveraging the open, transparent, and immutability of blockchain technology. TRON Arcade will play a crucial role in encouraging developers to join in our mission and provide the best blockchain gaming experience to users around the world.

TRON was founded by Justin Sun, who now serves as CEO. Educated at Peking University and the University of Pennsylvania, he was recognized by Forbes Asia in its 30 Under 30 series for entrepreneurs. Born in 1990, he was also associated with Ripple in the past — serving as its chief representative in the Greater China area.

The goal behind the Tron (TRX) platform is to remove the middlemen of the content distribution industry, such as social media platforms and giant publishers. The Tron Network wants audiences to have more control over their data sharing policy, and content creators to receive a proportionate share in ad revenue while keeping the ads to a minimum. Content published on the Tron Network is also censor-resistant, which means no government bodies can shut down access.

Tron is a blockchain-based protocol used in a multimedia system that allows users to freely publish, store and own data, as well as work with digital assets, thereby forming a decentralized entertainment ecosystem.

The Tron (TRX) was first launched through an ICO, which raised around $60 million.

The main security feature of Tron is its delegated proof of stake consensus mechanism. The system rotates the network validators every six hours, and each of these validators is chosen by the voters (the users who have wagered their TRX token).

The Tron community can contribute to the development and earn rewards by participating in the Bug Bounty Program, an original way to combat the constant stream of bugs associated with software development. As part of this program, the Tron Foundation offers rewards in TRX for any bugs or vulnerabilities discovered.

Livestream on a comprehensive analysis of BTTC Mainnet and BTT redenomination plan!

Title
Author
Date
Publisher
Description
Recent Bitcoin, Ethereum, Wider Crypto Market Crash Was 'Big Test' for Nascent Stablecoin Market: Report
Omar Faridi
June 2, 2021
Crowdfund Insider
Recent Bitcoin (BTC), Ethereum (ETH), wider crypto market crash was "big test" for nascent stablecoin market: Report.
Class actions against Binance, Tron and others stumble after Bibox court victory
Kollen Post
May 5, 2021
The Block
Half of the class actions from crypto's "Red Wedding" last April have been dismissed, but what happens to the rest?
What is Disney+?
Michael Bizzaco
May 4, 2021
Digital Trends
Get the lowdown on the streaming service that features classic and modern Disney titles, as well as Pixar, Marvel, Star Wars, National Geographic, and more!
Tron invades Fortnite with Light Cycles and new skins
Andrew Webster
February 12, 2021
The Verge
Epic has revealed the latest crossover for its battle royale hit, which brings the retrofuturistic world of Tron into the game. This season of Fortnite has been particularly busy when it comes to licensed crossovers.
The best movies on Disney+ right now
Rick Marshall
December 1, 2020
Digital Trends
Hundreds of films are on Disney's streaming video service, from Star Wars to Pixar to Marvel, so we've rounded up the best of the bunch for you in this list.
SHOW MORE