Polkadot is a blockchain network built to enable Web3 and decentralized internet.

Polkadot is the developer of a blockchain network designed to simplify the exchange of digital assets with lower fees than other blockchain networks. The technology works to enable blockchains to communicate between each other, allows for upgradeability and interoperability amongst blockchains, and introduces a shared security model that allows developers to focus on technology. Polkadot’s network is capable of spreading transactions across multiple parallel blockchains to enable high throughput necessary to reach a similar transaction processing capacity of centralized payment processors.

As well, Polkadot is a network protocol that allows arbitrary data, not just assets or tokens, to be transferred across blockchains, to offer a multi-chain application environment where cross-chain registries and cross-chain computation are possible. This interoperability is intended to allow for scalability through the creation of a general environment for multiple state machines. Further, Polkadot is known as a layer-0 metaprotocol because it underlies and describes a format for a network of layer-1 blockchains. As a metaprotocol, it also offers autonomous and forkless updating of its own codebase through on-chain governance, based on the token holder community of Polkadot.

Polkadot was initially developed through a contractual agreement between Web3 Foundation and Parity Technologies, in which Parity Technologies was contracted to build the first implementations of the Polkadot protocol. Since then, Web3 Foundation continues to manage the Polkadot project, but it is an open-source project working to foster a decentralized open source community to continue to develop the project.

Polkadot is a network protocol that allows arbitrary data, and token, to be transferred across blockchains. It is built to be a scalable, interopable, and secure network that can further enable Web3. The network is a multi-chain environment where cross-chain registries and cross-chain computation are intended to be enabled. Further, Polkadot is built to transfer data across public, open, permissionless blockchains and across private, permissioned blockchains. This is to allow users to build applications that can take permissioned data and use it on a public blockchain.

To do this, Polkadot unites a network of heterogeneous blockchains called parachains and parathreads. These connect to and are secured through Polkadot’s Relay Chain and can connect to external networks through bridges. The protocol is also designed to be energy efficient. To do this, Polkadot uses a Nominated Proof-of-Stake (NPoS) model that is intended to use a fraction of the energy of a conventional proof-of-work mechanism, with Polkadot suggesting the model has the lowest carbon footprint among analyzed proof-of-stake protocols.

Parachains could be thought of as similar as the cores of a computer’s processor, with each core capable of running one process at a time. These parachains (and parathreads) are responsible for most of the computation across the Polkadot network, with the network choosing specific parachain or parathread implementations to handle specific use cases. Polkadot places no constraints on what the parachains can do, other than having to be able to prove they can be validated, which in turn verifies the state transition of the parachain.

Similar to parachains, parathreads are sovereign blockchains that opt for a pay-as-you-go model, which offers a more economical connection model for those blockchains that do not need continuous connectivity to the network.

The Relay Chain is responsible for the network’s security, consensus, and cross-chain interoperability. The Relay Chain is the central chain of Polkadot and is composed of a relatively small number of transaction types that include ways to interact with the governance mechanism, parachain auctions, and participating in Nominated Proof of Stake (NPoS). The Relay Chain has minimal functionality, on purpose, with the main responsibility for coordinating the system as a whole. Any specific work, such as smart contracts or NFTs, are handled by the parachains. 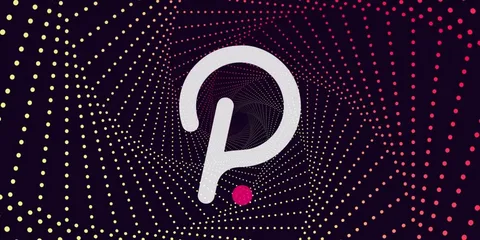 A blockchain bridge is a connection that allows for arbitrary data transfer between different networks. The bridge allows different chains to be interoperable, while the bridge as well can exist as a standalone chain with different protocols, rules, and governance models. In Polkadot’s network, the bridges connect to the Relay Chains and are secured through the Polkadot consensus mechanism. These bridges are integral to Polkadot’s interoperable architecture as they provide cross-chain interoperability, while also offering secure communications channel for chains in isolation.

The nominators are responsible for securing the Relay Chain by selecting trustworthy validators and staking DOTs. Their stake is bonded to the validators to help them get into the active validator set, which produces blocks for the chain. In return, nominators received a portion of the staking rewards from the nominated validator.

Fishermen monitor the network in order to find and report bad behavior to validators. The fisherman role can be fulfilled by collators and any parachain full node.

Polkadot uses a governance mechanism that is intended to evolve over time at the behest of assembled stakeholders. This is to ensure the majority of the stake can command the network. To do this, the network brings together various mechanisms, including an amorphous state-transition function stored on-chain and defined in a platform-neutral intermediate language and several on-chain voting mechanisms, including referenda and super-majority thresholds.

To make any changes in the network, the governance mechanisms use active token holders and the council to administrate a network upgrade decision. Any proposal can be proposed by the public token holders or the council before it goes through a referendum to let all holders make the decision. The decisions or votes by holders are weighted by stake.

The council represents passive stakeholders; it is an on-chain entity comprising several actors represented by an on-chain account. The council controls the treasury and can be primarily called upon for three tasks of governance: proposing sensible referenda, cancelling potentially dangerous or malicious referenda, and electing the technical committee. If the council decides to propose a referendum, a strict majority of members is required to agree with the referenda, and no member can have exercised a veto. Each member can exercise a veto only once for any single proposal. In the case that the council has a motion with a 60 percent super-majority, but without unanimous support, it will move to a public referendum under a neutral, majority-carrying voting scheme.

Polkadot’s network uses two protocols for their consensus protocol. These are GRANDPA (GHOST-based Recursive ANcestor Deriving Prefix Agreement) and BABE (Blind Assignment for Blockchain Extension). Both mechanisms are used because they split up the finality gadget from the block production mechanism. This is intended to get the benefits of probabilistic finality and provable finality in Polkadot. It also works to avoid the corresponding drawbacks for each mechanism. This means Polkadot can use the mechanisms to have blocks rapidly produced, and a slower finality mechanism to run in a separate process to finalize blocks without slowing transaction processes or stalling.

Blind Assignment for Blockchain Extension (BABE) is the block production mechanism used by Polkadot. This runs between validator nodes and determines the authors of new blocks. BABE assigns block production slots validators according to stake, and also makes use of Polkadot’s randomness cycle. This cycle means validators in Polkadot participate in a lottery in every slot that tells them whether they are the block producer candidate for the slot or not. Slots are discrete units of time, generally six seconds in length. Because of the randomness mechanism, multiple validators can be candidates for the same slot, however, at other times, a slot could be empty, resulting in inconsistent block time.

Semi Anonymous Sortition of Staked Assignees For Fixed-time Rhythmic Assignment of Slots (SASSAFRAS) is an extension of BABE and acts as a constant-time block production protocol. This approach attempts to address some of the shortcomings of BABE, ensuring that one block is produced with time-constant intervals, and utilizes zk-SNARKS to construct a ring-VRF.

We say oracle A in a protocol is eventually consistent if it returns the same value to all participants after some unspecified time.

In 2016, while working on an Ethereum specification for sharding, Gavin Wood began working on a whitepaper describing a heterogeneous multi-chain framework that would become the Polkadot protocol. The original whitepaper was published in October of that year, but the project would not start until 2017 when it raised funds through an initial coin offering.

Gavin Wood founded Polkadot with Robert Habermeier and Peter Czaban, and the project was supported by Wood’s associated organizations, namely Web3 Foundation, of which he is the president, and Parity Technologies. Gavin Wood is also known for creating the smart contract coding language Solidity and has been credited with creating the term Web3. Robert Habermeier is a Thiel Fellow and blockchain researcher and developer. Peter Czaban is a former Technology Director of the Web3 Foundation and has worked across the financial technology industry.

Out of this, Polkadot was developed, initially through Web3 Foundation’s contracting of Parity Technologies to develop the first implementations of Polkadot. However, the Polkadot project is an open-source project with anyone able to contribute to the development of the platform. In addition to the open-source community, Web3 Foundation employs researchers and community administrators to further develop the platform.

'Ethereum Killer' Polkadot: What's So Great About It, And Why Buy It?

6 Things to Know Before You Buy Polkadot

An Introduction to Polkadot and Parachains

Blockchain technology may offer a way to re-decentralise the internet

Title
Author
Date
Publisher
Description
Top cryptocurrency prices today: Solana, Ripple and Polkadot shed up to 6%
October 12, 2021
The Economic Times
Bitcoin climbed above $57,000 for the first time since May as speculators bet that the largest cryptocurrency will retest the record highs reached earlier this year.
Market manipulation technique in meme coins continues to worry investors
October 10, 2021
The Economic Times
In a massive turn of events, the US Federal Reserve stated that they do not plan to ban cryptocurrencies. It gives faith that some of the policy makers in the US really do see the incredible potential that cryptocurrency and blockchain technologies will have in the not-so-distant future.
Contrary To What Capitol Hill Says, Crypto Self-Regulates With An Eye To The...
Guest Author
October 7, 2021
Crunchbase News
Regulators are increasingly circling crypto, leading the sector's biggest players to take steps to reign in policies that represent a more extreme deviation from standard practice in the mainstream markets, writes Reuben Jackson, a blockchain security consultant.
Top cryptocurrency prices today: Polkadot, Solana surge up to 17 per cent; Bitcoin adds 5%
September 23, 2021
The Economic Times
Barring stablecoins that are pegged to the dollar, all of the top 10 cryptocurrencies traded higher at 900 hours (IST). Polkadot climbed as much as 15 per cent, whereas Solana followed closely with over 14 per cent gain.
Supported by the European Investment Fund, Fabric Ventures Raises $130 Million for DeFi, Digital Asset Fund
JD Alois
July 29, 2021
Crowdfund Insider
Click HERE to find out ⭐ Supported by the European Investment Fund, Fabric Ventures Raises $130 Million for DeFi, Digital Asset Fund. | Crowdfund Insider: Global Fintech News, including Crowdfunding, Blockchain and more.
SHOW MORE