The Goldman Sachs Group, Inc. is a global investment banking, securities and investment management firm that provides a wide range of financial services to a substantial and diversified client base.

The Goldman Sachs Group, Inc., is an American multinational investment bank and financial services company headquartered in New York City. It offers services in investment management, securities, asset management, prime brokerage, and securities underwriting. The bank is one of the largest investment banking enterprises in the world, and is a primary dealer in the United States Treasury security market and more generally, a prominent market maker. The bank also owns Goldman Sachs Bank USA, a direct bank.

Goldman Sachs was founded in 1869 and is headquartered at 200 West Street in Lower Manhattan with additional offices in other international financial centers. As a result of its involvement in securitization during the subprime mortgage crisis, Goldman Sachs suffered during the financial crisis of 2007-2008, and received a $10 billion investment from the United States Department of the Treasury as part of the Troubled Asset Relief Program, a financial bailout created by the Emergency Economic Stabilization Act of 2008. The investment was made in November 2008 and was repaid in June 2009. 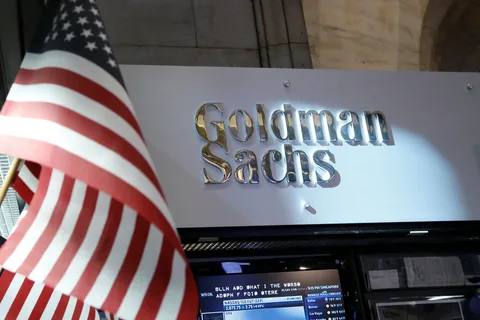 Software vendor
Reason for use

Used for cloud native development and cloud deployment of their servers

In 2019, Goldman Sachs also announced the migration of the on-premise Kubernetes cluster the company has used to a private instances on Amazon Web Services for a cloud native development.

During 2017, Goldman Sachs wanted to start modernizing their software development lifecycle. They selected GitLab as their new SDLC tool. Through the company's integration of GitLab, Goldman Sachs's engineering team was able to self-serve daily builds and move production schedules onto a daily basis. This was achieved through the use of GitLab for a complete ecosystem for development, source code control, reviews, builds and testing, and production deployments. After the initial success, Goldman Sachs tied their software platforms into GitLab. The software platforms Goldman Sachs develops includes low latency infrastructure solutions, cyber security applications, and machine learning platforms for financial engineering. 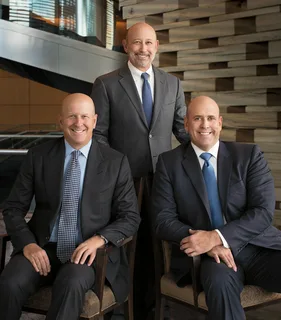 Software
Reason for use

Zephyr, one of Goldman Sachs's in-house software platforms, allows bankers to use the application in order to run real-time customized analyses of different debt structures.

Both of these applications were created on Goldman Sachs's Marquee platform, which uses machine learning and artificial intelligence to help their financial engineers and data scientists to develop these financial applications.

Another of Goldman Sachs's software platforms is SecDB, an analytics database that tracks and manages risk and calculates $23 billion prices daily among 2.8 million positions and 500,000 market scenarios. Goldman Sachs has been offered $1 billion to license their SecDB platform, which they turned down. SecDB is run on its own programming language Slang, similar to Java or Python, which was developed by Goldman Sachs engineering teams.

In November, 2019, Goldman Sachs decided to make one of the company's software platforms, Alloy, and the platform's underlying language, for free as open-source software in collaboration with a nonprofit called Finos. Alloy, the platform, accesses and analyses financial databases and was initially developed to deal with the rapid development of databases at Goldman Sachs, which were being built by different teams and using different software vendors. Alloy allows users to grab data and map various relationships across these various databases. Goldman's decision to make Alloy open-source is to help reduce costs when dealing with trading counterparties among banks and asset managers and compliance requests from regulators.

Title
Author
Date
Publisher
Description
Business Highlights: Retail sales, Wall Street's big week
By The Associated Press
October 15, 2021
AP NEWS
___Retail sales climb despite rising prices, supply issuesNEW YORK (AP) -- Americans continued to spend at a solid clip in September even while facing sticker shock in grocery aisles, car lots and restaurants as snarled global supply chains slow the flow of goods.
US employers add a weak 194,000 jobs as delta maintains hold
October 8, 2021
mint
The economy is showing some signs of emerging from the drag of the delta variant of the coronavirus, with confirmed new COVID-19 infections declining, restaurant traffic picking up slightly and consumers eager to spend.
QC Ware Raises $25M in Series B Financing
FinSMEs
September 29, 2021
FinSMEs
About | Advertise | Contact | Disclaimer | News | The Daily Deal Newsletter FinSMEs.com by FinSMEs is licensed under a Creative Commons Attribution-NonCommercial-NoDerivs 3.0 Unported License.
The price we pay for costly crude oil
Gireesh Chandra Prasad
September 28, 2021
mint
With Goldman Sachs projecting crude oil to reach $90 per barrel by the year-end, energy import-dependent economies are now in a tizzy. Mint looks at the implications for India, which imports 85% of its oil and 53% of its gas requirements.
Crude Shock Awaits Centre's Economic Planning Ahead Of Key State Elections In 2022
September 28, 2021
https://www.outlookindia.com/
Goldman Sachs has raised its forecast for Brent crude oil prices to $90 per barrel from $80 by year-end. The forecast has been revised due to faster fuel demand recovery in the global economy.
SHOW MORE