Gods Unchained is a digital trading card game that gives players true ownership of their collection. Play for free, play for keeps, or trade on open marketplaces.

Gods Unchained is a tactical card game run by Chris Clay, the former game director of Magic: The Gathering Area. The game is free to play and can be played on computers with Windows or MacOS.In Gods Unchained, players build their own card decks to play games, with the goal of obtaining cards that will allow them to combat other players in various situations. Cards can be stored using the Ethereum network and Immutable X, the latter of which is used for NFT cards. If players want to collect NFT cards, they will have to set up a wallet. Players can use the $GODs token in the game as a form of currency to earn and sell NFTS.

After creating an account, players are given 70 cards (140 total), which are split into six decks. Players are also given core cards that, when combined with the original deck, allow for them to get to know how the game and the god characters in the games work.Players can play games against the computer and choose different card decks, which are organized by gods. Cards can be swapped out of decks when players discern which cards will be of most use to them. There is also the player-versus-player option, in which players can climb ranks and earn more decks by playing more games and gaining experience. 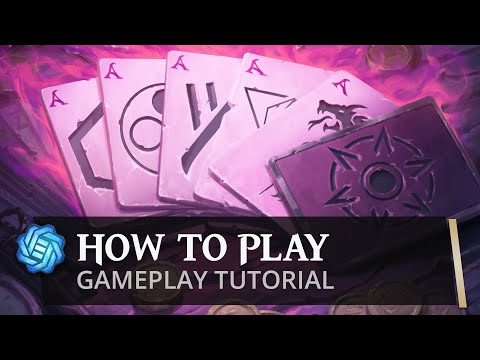 How to play Gods Unchained

Each card in the deck has a specific anatomy, type, and quality, as is explained in the diagram below. The cards can form a variety of decks, including the free-to-play sets, promotional sets, expansion sets, and more. 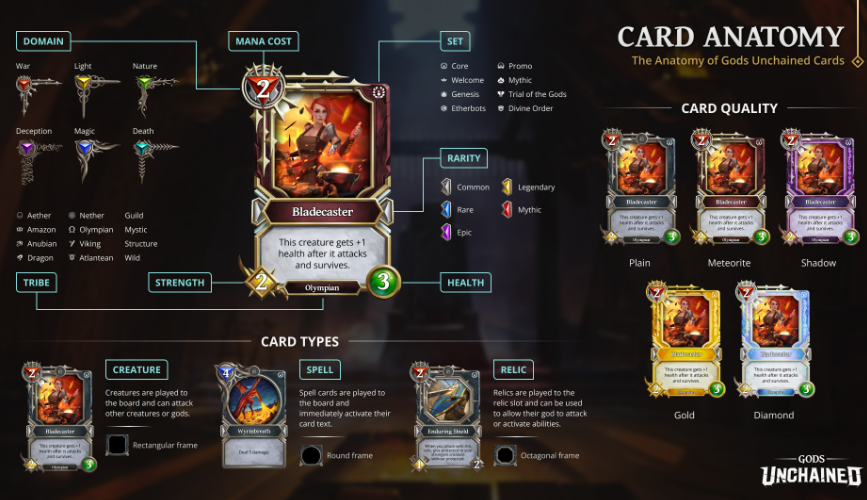 A Deep Dive Into Gods Unchained: The Trading Card Game That Pays To Play