Bitclout is a social cryptocurrency exchange where people can buy or sell tokens based on people's reputations.

BitClout is a social cryptocurrency marketplace created by an anonymous group of developers which lets users buy and sell NFTs (non-fungible tokens) called "creator coins" based on the reputations of real people. This blockchain platform is based on the concept of "social clout" as a tradable asset, as opposed to the shares of a company or commodity. 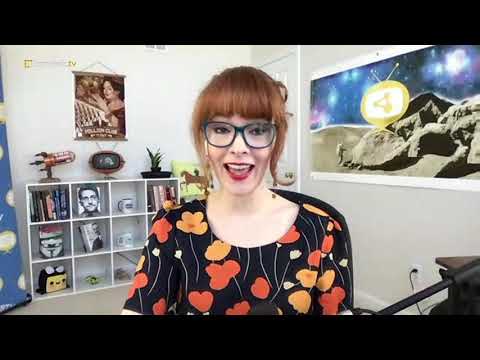 The BitClout cryptocurrency (BTCLT) can be purchased with Bitcoin by anyone through the platform's decentralized atomic swap system. For every million BTCLT sold, the currency doubles in price, making it naturally scarce. The maximum supply of BTCLT is estimated at 10 to 19 million, as compared to Bitcoin's 21 million. BitClout sources its profiles directly from Twitter without the consent of the Twitter accounts' owners.

At launch there was no option to convert BTCLT to a different currency, but the project's founder has promised to make this possible in the future.

BitClout features a profile reservation system which allows new users to claim preexisting profiles through Twitter. These reserved profiles may have accumulated a certain value of creator coins in the claimant's absence. A percentage of the currency is inherited by the owner of the Twitter account associated with the BitClout profile when they claim it.

BitClout first launched with 15,000 accounts of the most popular Twitter users pre-loaded into the platform, such as Elon Musk, Kim Kardashian, Barrack Obama, Justin Bieber, Chamath Palihapitiya and more, without the users' permission.

Due to BitClout's controversial reputation-based model, the platform has garnered many adverse reactions, with some commenters suggesting that BitClout is a fraudulent scheme. BitClout's critics have expressed concerns over how it may potentially incentivize short selling and traducing of the token's representatives' reputations, as one blockchain researcher had pointed out.

Much of the negative reception is also centered around potential problems stemming from BitClout's lack of defined legal liability. Twitter user Lindsay X. Lin commented, "Without a corporate entity that limits their liability, each founder/collaborator could ... be subject to unlimited personal liability."

On March 23, 2021 the law firm Anderson Kill P.C. sent a cease-and-desist letter to BitClout's founder, identified as Nader Al-Naji, on behalf of Brandon Curtis, who had objected to his likeness being used by the platform without his consent. The letter cites sections 3344 and 1798 of California Civil Code, which protect an individual's right to not have their identity be exploited for monetary gain unless consented to, as well as their right to privacy, respectively.

Bitcloud wants to replace the internet

Token citizens of the world, decentralise!

Title
Author
Date
Publisher
Description
Cryptocurrency news: What will be next big crypto? Experts watching Bitclout, Diem & DOGE
Sean Martin
April 28, 2021
Express.co.uk
CRYPTOCURRENCY now seems to dominate all quarters of the internet following a boom in several different digital currencies. But what will be the next big thing?
How to use BitClout to bet on popularity of influencers, Elon Musk
Grace Kay
April 17, 2021
Business Insider
BitClout allows users to invest in celebrity fame by buying tokens that increase in value as the creators gain popularity.
Crypto social network BitClout arrives with a bevy of high profile investors, and skeptics
Lucas Matney
March 23, 2021
TechCrunch
While much of the recent wave of relentless hype around NFTs -- or non-fungible tokens -- has been most visibly manifested in high-dollar art auctions or digital trading cards sales, there's also been a relentless string of chatter among bullish investors who see a future that ties the tokens to the future of social media [...]