Nextbiotics is a biotechnology and synthetic biology company headquartered in San Francisco, California that was founded in 2017 by Angie Carrillo, Jorge Bardales, an Maricel Saenz.

The company combines bacteriophage therapy (Phage therapy) with CRISPR technology to reverse antibiotic resistance.The engineered viruses will specifically target drug-resistant bacteria and generate double-strand breaks, destroying the drug resistant genes or the genomic DNA of the bacteria, which will kill the bacteria. 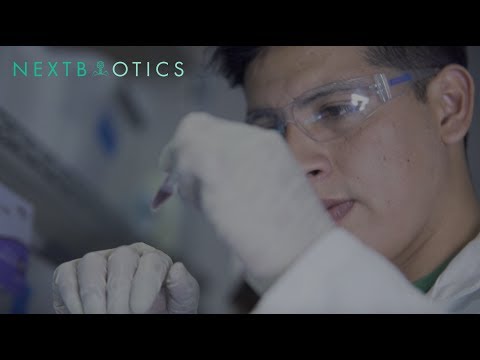 One of the founders, Dr. Jorge Bardales, has a Ph.D. in Biophysics from University of California Berkeley and worked in the lab of Jennifer Doudna, one of the original group of scientists that developed CRISPR as a biotechnology tool.

On January 26, 2018 Nextbiotics completed their seed funding round with $100,000 in funding from Berkeley SkyDeck Fund.

On January 26, 2018 Nextbiotics completed their seed funding round with $100,000 in funding from Berkeley SkyDeck Fund.

Nextbiotics was founded by Angie Carrillo Reluz and Maricel Saenz.