DJI is a Shenzen, China-based company developing and manufacturing drone and camera technology.

DJI, also known as Da-Jiang Innovations, is a drone manufacturing company that creates and markets consumer unmanned aerial vehicles (UAVs). It is known for its camera drones, aerial photography and video technologies, gimbals, and flight controllers for commercial airline operations. DJI has had reported sales in excess of $2.9 billion, and DJI drones, cameras, and gimbal stabilizers are sold in more than 100 countries and regions.

DJI is headquartered in Shenzhen, and its offices are located in the United States, Germany, the Netherlands, Japan, South Korea, Beijing, Shanghai, and Hong Kong. DJI focuses on its vision of supporting creative, commercial, and non-profit applications of its technology.

DJI's products can be utilized by industry professionals in agriculture, filmmaking, conservation, search and rescue, energy infrastructure, and more. The company offers camera drones that are separated into different series, depending on their purpose. For example, the Air Series are for content creation and the Mini Series are ready-to-fly camera drones. DJI also offers handheld accessories imaging devices, such as camera stabilizers, action cameras, stabilized mini-cameras, cinema cameras, and portable microphones.

There are also specialized solutions available for businesses wanting to use DJI products. For example, there are different software, software development kits (SDKs), and docking stations that can be used by enterprises. 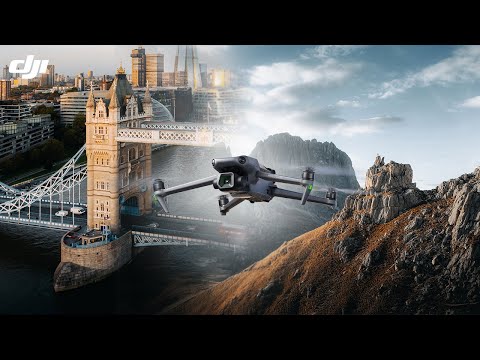 An example of footage from a DJI product

Year in review: Everything DJI launched in 2022

Title
Author
Date
Publisher
Description
DJI's smartphone camera stabilizer gets smaller for the OM 5
Brian Heater
September 8, 2021
TechCrunch
DJI's camera stabilization tech started life as an outgrowth of its drone tech, and has managed to develop into a robust line of its own. Roughly this time last year, the company announced that its smartphone-focused Osmo line was being rebranded to the simpler OM. Today, the OM 5 arrives, with a more compact design, [...]
Breaking News: 2 terrorists killed in Jammu-Kashmir's Bandipora
July 24, 2021
Hindustan Times
Breaking News Updates July 24, 2021: Get latest news, breaking news, latest updates, live news, top headlines, breaking business news and top news of the hour.
Delivery, drones and DHL
Brian Heater
June 3, 2021
TechCrunch
Locus (not to be confused with this Locus) is one of those names that's been popping up a lot in the news -- and this roundup -- over the past year. Last time we spoke to the Massachusetts company, it was around a sizable raise -- $150 million to be nearly precise. That effectively valued [...]
Gov't use of Chinese drones in limbo as Congress weighs ban
By MATT O'BRIEN
June 1, 2021
AP NEWS
More than a year after the U.S. Interior Department grounded hundreds of Chinese-made drones it was using to track wildfires and monitor dams, volcanoes and wildlife, it's starting to look like they won't be flying again any time soon -- if ever.
DJI Launches Code-Teaching RoboMaster Drone for Kids
Andrew Heinzman
May 18, 2021
www.reviewgeek.com
Drone manufacturer DJI is launching its latest educational product, the advanced RoboMaster TT Tello Talent. Crafted for a classroom environment, the tiny red drone helps lower the barrier to coding and AI thanks to its intuitive software and hands-on form factor.
SHOW MORE