Clubhouse is a San Francisco-based social app offering a space for casual, drop-in audio conversations with friends and other interesting people.

Clubhouse is a San Francisco-based social media app founded by Paul Davison and Rohan Seth in March 2020. The app is a voice-based app where people can create or join voice chat rooms. The app is audio-only and suggests chat rooms to a user based on who the user follows. Users, once in a voice chat room, can listen to a conversation or can be invited to speak through a "raise hand" feature. The room's creator can also "tap" a person to allow them to more actively participate in the conversation.

In mid-2020, Clubhouse gained interest while remaining in beta, requiring an invite to join, and only being available to iOS users. Interest in the application has grown, partially based on high-profile guests that have held conversations through Clubhouse, including Jack Dorsey, Hannibal Buress, E-40, MC Hammer, Marc Andreessen, Van Jones, Ben Horowitz,Elon Musk, Mark Cuban, and Kevin Hart. Conversations are sometimes curated, such as MC Hammer's discussion of the effect of Coronavirus on prison populations, or E-40's discussion on the future of rap music. Part of the interest in Clubhouse, besides these conversations, has come from high-profile individuals tweeting for people to join their conversations.

Clubhouse allows users to create, join, and participate in private or public conversations.

When joining the application, a user is asked to create a profile that includes listing some interests. Based on these interests, Clubhouse automatically follows other clubhouse users and recommends conversations to the user.

Clubhouse notifies a user anytime that user is followed by another individual on the app. The notification includes who followed the user and when they were followed.

Clubhouse's calendar function allows a user to see the conversations scheduled to occur within the recent future. The conversations shown in a given user's calendar are specific to the individual user and are based on their followed users, followers, and interests.

When joining a room, a user will likely join as a listener. Users can join or leave a conversation at any time.

In addition, users have the ability to block another user at any time. Blocked individuals are not be able to see or join any room that the user creates or in which the user is a moderator or speaker. Furthermore, if a blocked individual is speaking in a room that would otherwise be visible to the user, that room will be hidden from the user's feed by default. However, there will be a capsule at the bottom of the user's feed to inform the user that a hidden room exists. If there is an individual who many people in a user's network have blocked, there will be a "!" icon on that blocked individual's profile to make the user aware. 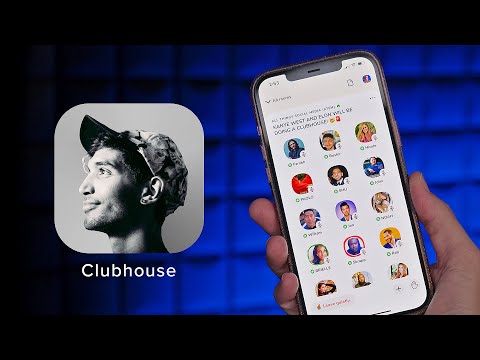 Clubhouse has a list of rules that must be followed at all times while using the app. Users must also agree not to encourage others to violate these rules. The rules are as follows:

Part of Clubhouse's Series A saw Andreessen Horowitz and Benchmark compete to fund Clubhouse. Paul Davison had served as an entrepreneur-in-residence at Benchmark for more than a year. After his time there, Paul Davison founded Highlight, which was acquired by Andreessen-funded Pinterest in 2016. Andreessen Horowitz was able to bring Kevin Hart to Clubhouse, increasing the demand for invites for the app, which helped their bid to fund Clubhouse.

Clubhouse's Series B raised $100 million from Andreessen Horowitz at a $1 billion valuation.

Clubhouse May Be Social Media's Future. What's All The Hype About?

What is Clubhouse? The invite-only social media app used by A-list stars including Deepak Chopra and Ashton Kutcher