Sateliot is a satellite telecom operator offering global IoT connectivity solutions based on 5G satellite and terrestrial networks. The company plans to offer its commercial IoT service under a 5G architecture from 2022, with a constellation of 100 small satellites. 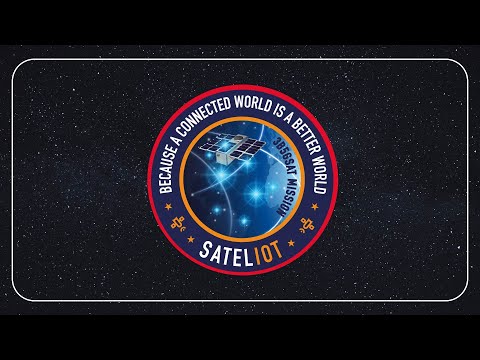 Press conference regarding the launch of Sateliot's first satellite

When a 5G IoT device reaches an uncovered point, it attempts to connect to the terrestrial network of its operator. Sateliot's constellation acts as an IoT cell tower and connects with the IoT device. Sateliot satellites receive, process, and dispatch the received information to the telecom operator core network, which is then received by the customer.

Sateliot's connectivity solutions find applications in a variety of industries, including:

Sateliot's constellation is part of the European Quango research and development project. This project involves Sateliot's participation with research centers such as ICFO, international universities in Malta, the Sorbonne in Paris, and Padua in Italy, as well as companies in the space sector. This project has been backed by the European Commission with funding of €2.1 million.

The project's objective is the design and laboratory demonstration of a dual payload satellite that will enable 5G connectivity and integrate the QKD encryption device into the system.

Sateliot announces an upcoming investment of €4.6m (approx. $5.1m) in three new research and development projects.
The first satellite of the Sateliot constellation is successfully launched.
Sateliot finalizes a partnership with Open Cosmos to launch its first small satellite.
Sateliot raises a $1,700,000 venture round from Capitana Venture Partners.
Sateliot seals an agreement with the Gatehouse Group to develop a Narrowband-IoT network.