What Is SHILL Token? 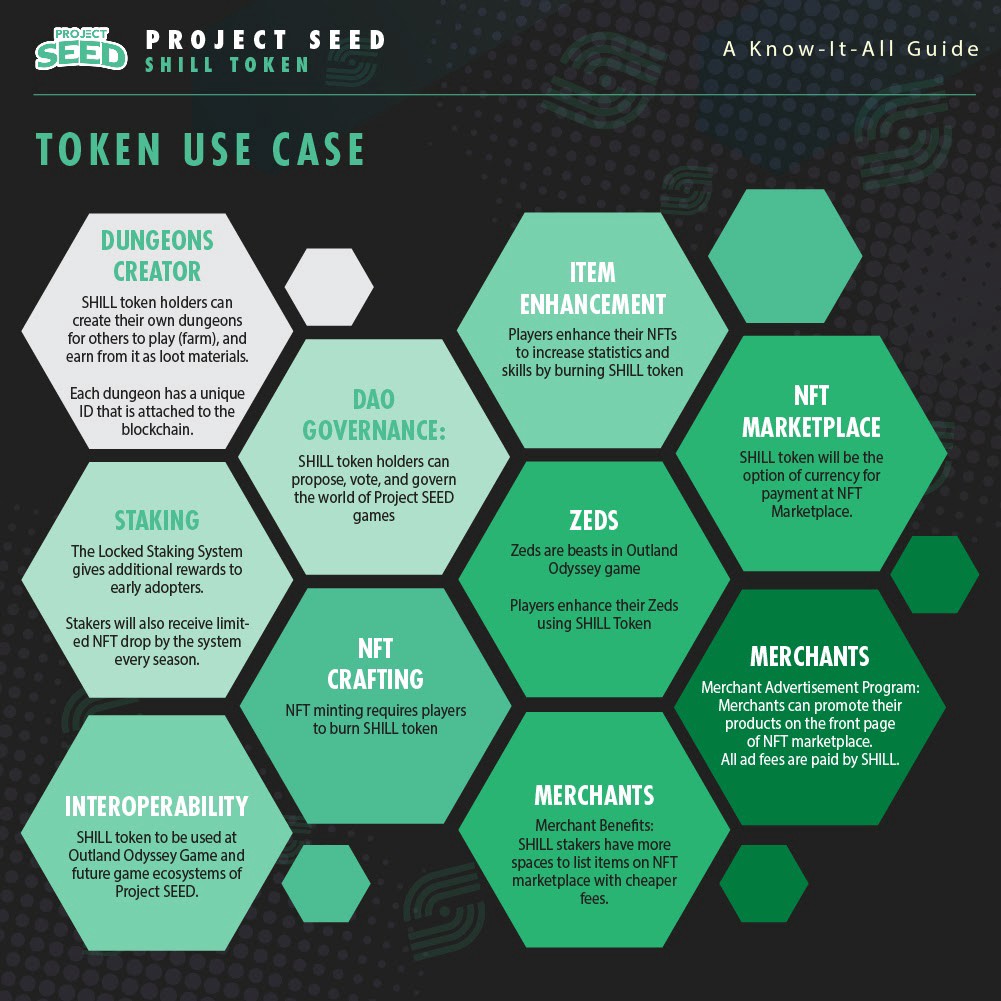 NFT: Players can create their own NFT and make it their own assets with fixed supply that are tradeable in the in-game NFT marketplace. There are 2 types of NFT marketplace on Project SEED to foster game assets liquidity: P2P & Rental Marketplaces.

DeFi: The in-game DEX features In-App money changer where players can buy and sell tokens with several token pairs. It is also the platform to stake in liquidity provider tokens, which will give out SHILL tokens as rewards.

DAO: Players govern the world and the ecosystem. Voting will be available on the platform for the players to propose and vote regarding game development, world advancement, equipment development, etc.

Zeds Taming: Players go on adventures and find Zeds they can tame and spawn to bring along in the adventure. When catching a Zed, players have 2 options: keep or defeat. Defeated Zeds give players’ loot items which can be used to craft armors and weapons. Zeds and loot drop will be determined by how much the player is willing to stake their tokens.

Cooperative Adventures: Players can play the story together with 3 other players. There will be special quests where players have to play together with their friends only to fight the bigger and harder mythical Zeds.

Tournament Battles: Players can enter tournaments to beat other players and also to show off what Zeds and armors they have. Tournaments are divided into solo or team players, and the winner of the tournament will win cash prizes distributed in SHILL tokens into their wallets.

Guild Wars: Guilds can enter tournaments to battle with other guilds for rewards. It could be solo or team battles, where players have to be in the same guild to build a team. There will also be special co-op events to defeat Zeds that are unbeatable if playing solo.

How Many SHILL Coins Are There in Circulation? 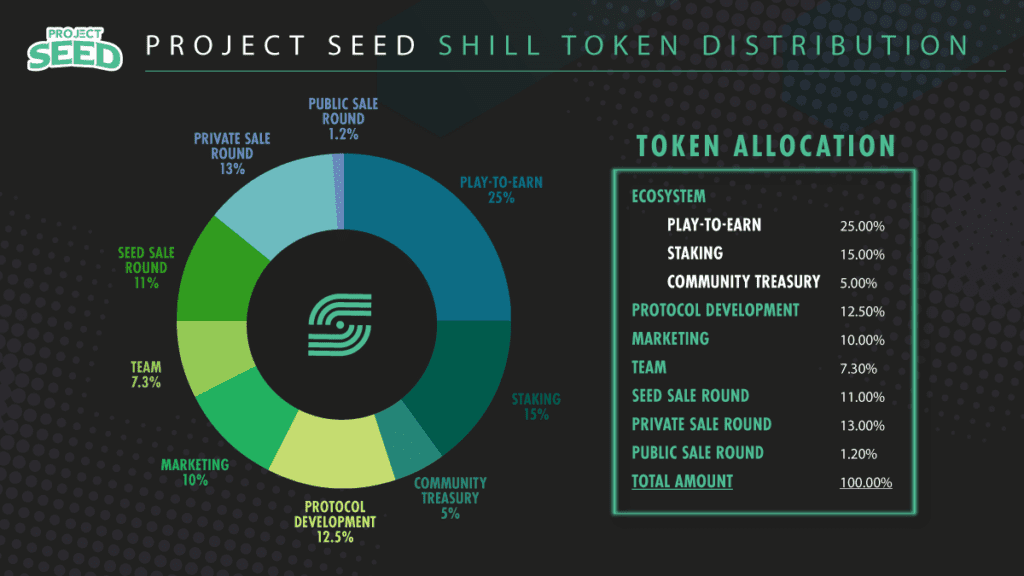 Who Are the Founders of Project SEED?

Project SEED is the brainchild of 2 pairs of chiefs: exBinance CMs Liko Subakti, Mohammed Elelu-Bashir and Dinh Thi Thao Trang met while they worked at Binance in 2018, and developers Baskoro Hadi and Alex Setiawan are 15 years friends with experience in top companies in the US.

This project now employs more than 30 staff, including artists and developers with experience at Binance, Crypto.com, PlayStation, Transformers® and Marvel Ultimate Alliance 2®

Bitget
...
Board of Directors

Contents
What Is SHILL Token?
Game Play:
How Many SHILL Coins Are There in Circulation?
Who Are the Founders of Project SEED?
Timeline
Patents
Table: Further Resources
References