A technology company offering a platform for payroll, benefits, human resources, and compliance.

Justworks is a technology company offering a platform for payroll, benefits, human resources, and compliance that is headquartered in New York City, New York and was founded in 2012 by Iris Ramos and Isaac Oates. 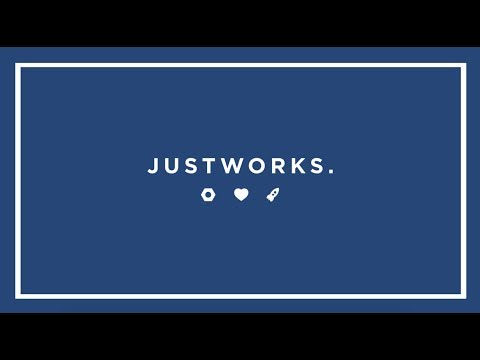 On October 16, 2013 Justworks completed their seed funding round with $1 million in funding from LocalGlobe, Index Ventures, Terrence Rohan, and Jos White.

On October 8, 2014 Justworks completed their series A funding round with $6 million in funding from Thrive Capital (lead investor), Thayer Street Partners, and Index Ventures.

On May 19, 2015 Justworks completed their series B funding round with $13 million in funding from Bain Capital Ventures (lead investor), Thrive Capital, and Index Ventures.

Title
Author
Date
Publisher
Description
Justworks Helps Teams Reunite with the Launch of a New Campaign Supporting Local Restaurants
Justworks
June 29, 2021
www.prnewswire.com:443
/PRNewswire/ -- Justworks, one of the nation's fastest-growing HR technology companies, today announced the launch of its community centered campaign aiming to...
Justworks Appoints Aida Sukys as Chief Financial Officer
Justworks
March 4, 2021
www.prnewswire.com:443
/PRNewswire/ -- Justworks, one of the nation's fastest-growing HR technology companies, today announced that Aida Sukys has joined as Senior Vice President and...
Daily Crunch: Klarna valued at $31B
Anthony Ha
March 1, 2021
TechCrunch
A challenger bank raises funding at a massive valuation, Instagram adds Live Rooms and Google updates Workspace. This is your Daily Crunch for March 1, 2021. The big story: Klarna valued at $31B The Swedish challenger bank and buy-now-pay-later (BNPL) service has raised $1 billion at a post-money valuation of $31 billion. Klarna says it [...]
Justworks' Series B pitch deck may be the most wonderfully simple deck I've ever seen
Jordan Crook
February 28, 2021
TechCrunch
It may be tough to remember, but there was a time long ago when Justworks wasn't a household name. Though its monthly revenue growth charts were up and to the right, it had not even broken the $100,000 mark. Even then, Bain Capital Venture's Matt Harris felt confident in betting on the startup. Harris says [...]
Bain's Matt Harris and Justworks' Isaac Oates to talk through the Series B deal that brought them together
Jordan Crook
February 21, 2021
TechCrunch
It's been almost 10 years since Justworks launched. The platform, founded by Isaac Oates, was yet another example of software eating the world; in this particular instance, it was the world of HR. Since, the company has raised nearly $150 million in funding. All the way back in 2016, Bain Capital Ventures caught a whiff [...]
Justworks product designer gives steps behind new branding and logo - Business Insider
Jennifer Ortakales Dawkins
December 7, 2020
Business Insider
A branding refresh should fit your company's personality and reflect how it has matured. Don't rebrand until you're confident in who you are.

Page 1 of 2
justworks.com
Is a