Enjin offers an ethereum-based cryptocurrency that allows users to create and use non-fungible tokens.

Established in 2009 by Maxim Blagov and Witek Radomski, Enjin provides a cryptocurrency based on Ethereum, which offers users the ability to create and utilize non-fungible tokens (NFTs). Enjin houses different gaming communities and is the creator of Enjin Coin. Enjin's Unity SDK facilitates interaction with the blockchain, the EnjinX API enables the fetching of transaction and item data, and Enjin Wallet stores players' items. 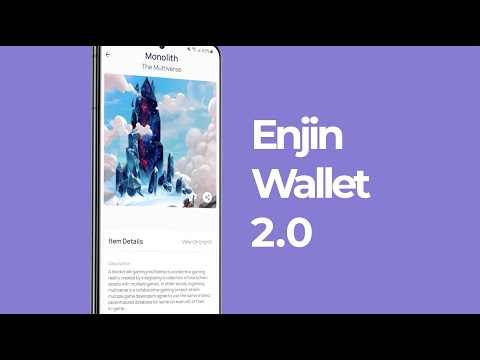 Enjin built a suite of integrated products facilitating the ability to create, trade, monetize, and market with blockchain. The Enjin Network, a gaming community platform, was launched in 2009. In 2017, after an Initial Coin Offering that raised $18.9 million, Enjin commenced the building of a suite of blockchain products to enable the management, exploration, distribution, and integration of blockchain assets.

Enjin tools include the Enjin Platform, Marketplace, Wallet, and Beam. The tools allow game developers and studios to use tokenized digital assets as an aspect of their strategies for acquisition, retention and engagement, and monetization. Fueling the Enjin ecosystem is Enjin Coin (ENJ), which is an Ethereum-based cryptocurrency utilized in directly backing the value of Enjin-powered blockchain assets.