Creator is the developer of a robotic burger maker.

Creator, formerly known as Momentum Machines, developed and deployed a burger-making robot over eight years before opening its first restaurant location in San Francisco in September 2018. Steven Frhen and CEO Alex Vardakostas founded the company in 2009. All burgers made by Creator are made-to-order, grinding the brisket and beef only once an order is placed. The process is entirely automated, including the assembly of the burger on the bun. The automated burgers at the Creator restaurant cost $6 each, whereas similar burgers assembled by humans would typically cost anywhere from $12-$18 in the San Francisco Bay Area.

Creator initially made one burger but now has a full farm-to-table menu with various burgers and side options available to choose from. The company works with several locally sourced partners to provide its products: 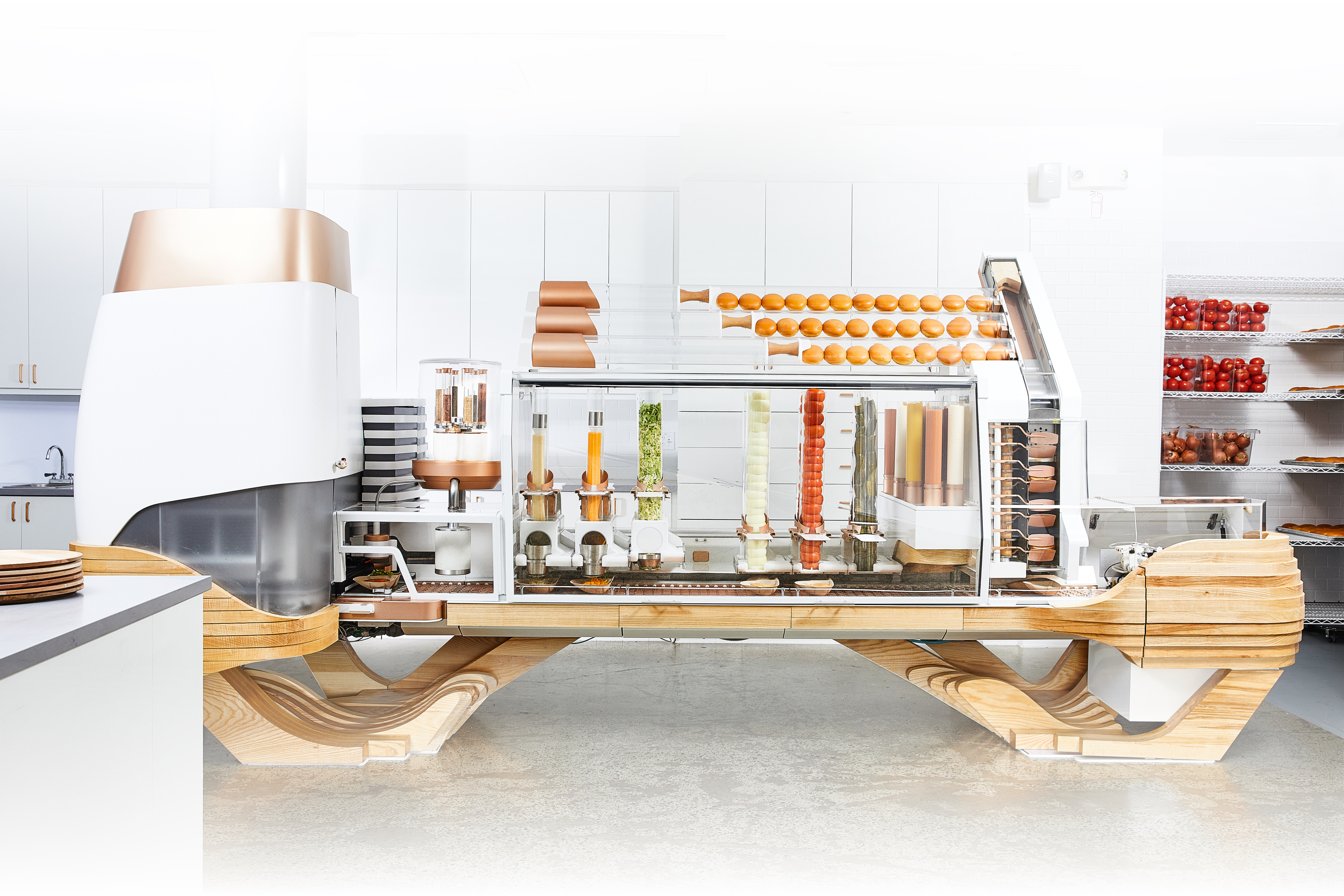 A Burger Joint Where Robots Make Your Food

Book a table at the best new restaurants in San Francisco

Search on Google News
Search on Bing News
Title
Author
Date
Publisher
Description
BBTV Showcases Direct Advertising and Branded Entertainment Campaigns Highlighting the Growth of its Plus Solutions
BBTV Holdings Inc.
June 24, 2021
www.prnewswire.com:443
/PRNewswire/ - BBTV Holdings Inc. (TSX: BBTV) (OTCQX: BBTVF)("BBTV'' or the "Company"), the leading creator monetization company with a mission to help...
How to Switch to an Instagram Business Account
Harry Guinness
May 1, 2021
How-To Geek
Instagram has three account types: Personal, Creator, and Business. Personal accounts work for most people, while the two Professional account options are ideal for those who have a business and plan to run ads, promote posts, sell products, and gather analytics. Here's how to switch between them.
'Closing a portal to the Creator': fresh setback for attempt to prevent destruction of US holy land by miner
Annette McGivney
February 13, 2021
the Guardian
A federal judge rejects Apache tribal members' request to halt the transfer of Oak Flat to Resolution Copper mining company
The Paley Center For Media Announces Its Black History Month Celebration: A Salute To Black Achievements In Television Presented By Citi
Paley Center for Media
February 1, 2021
www.prnewswire.com:443
/PRNewswire/ --The Paley Center for Media today announced its Black History Month celebration, A Salute to Black Achievements in Television presented by Citi,...
Fortnite & Twitch Creators' Challenge
November 17, 2020
WebWire
Get ready for the Fortnite & Twitch Creators' Challenge, where you can support one of your favorite Twitch creators to win Fortnite and Twitch prizes., , , , Team up with one of three amazing content creators: NateHill, SkivexFN, and Euzey_, all who earned their spot in this event after winning Glitchcon featuring Fortnite. , , , , The Fortnite & Twitch Creators' Challenge will run and will be limited to the first 500,000 participants. During the Creators' Challenge, participants will have a chan...
SHOW MORE