Volkswagen is an automotive brand manufacturing subsidiary of Volkswagen group

On May 28, 1937, the government of Germany—then under the control of Adolf Hitler of the National Socialist (Nazi) Party—forms a new state-owned automobile company, then known as Gesellschaft zur Vorbereitung des Deutschen Volkswagens mbH. Later that year, it was renamed simply Volkswagenwerk, or “The People’s Car Company.”

Originally operated by the German Labor Front, a Nazi organization, Volkswagen was headquartered in Wolfsburg, Germany. In addition to his ambitious campaign to build a network of autobahns and limited access highways across Germany, Hitler’s pet project was the development and mass production of an affordable yet still speedy vehicle that could sell for less than 1,000 Reich marks (about $140 at the time). To provide the design for this “people’s car,” Hitler called in the Austrian and German automotive engineer Ferdinand Porsche. In 1938, at a Nazi rally, the Fuhrer declared: “It is for the broad masses that this car has been built. Its purpose is to answer their transportation needs, and it is intended to give them joy.” However, soon after the KdF (Kraft-durch-Freude)-Wagen (“Strength-Through-Joy” car) was displayed for the first time at the Berlin Motor Show in 1939, World War II began, and Volkswagen halted production. After the war ended, with the factory in ruins, the Allies would make Volkswagen the focus of their attempts to resuscitate the German auto industry.

Volkswagen sales in the United States were initially slower than in other parts of the world, due to the car’s historic Nazi connections as well as its small size and unusual rounded shape. In 1959, the advertising agency Doyle Dane Bernbach launched a landmark campaign, dubbing the car the “Beetle” and spinning its diminutive size as a distinct advantage to consumers. Over the next several years, VW became the top-selling auto import in the United States. In 1960, the German government sold 60 percent of Volkswagen’s stock to the public, effectively denationalizing it. Twelve years later, the Beetle surpassed the longstanding worldwide production record of 15 million vehicles, set by Ford Motor Company’s legendary Model T between 1908 and 1927.

With the Beetle’s design relatively unchanged since 1935, sales grew sluggish in the early 1970s. VW bounced back with the introduction of sportier models such as the Rabbit and later, the Golf. In 1998, the company began selling the highly touted “New Beetle” while still continuing production of its predecessor. After nearly 70 years and more than 21 million units produced, the last original Beetle rolled off the line in Puebla, Mexico, on July 30, 2003.

Volkswagen is an internationally renowned German multinational automobile manufacturer. The brand created some of the best-selling cars in history, while the cars of this brand became the cars of the year.

Volkswagen was founded by Adolf Hitler in 1937 to produce the car that would become known as the Beetle. Hitler entrusted development to Ferdinand Porsche, the founder of Porsche. He put forward the demand to create a strong and reliable car for the German people, worth no more than 1000 Reichsmarks. Moreover, production was to begin at a completely new, modern plant. He personally sketched a sketch on paper, and the name was born by itself - Volkswagen, which means "people's car" in German. 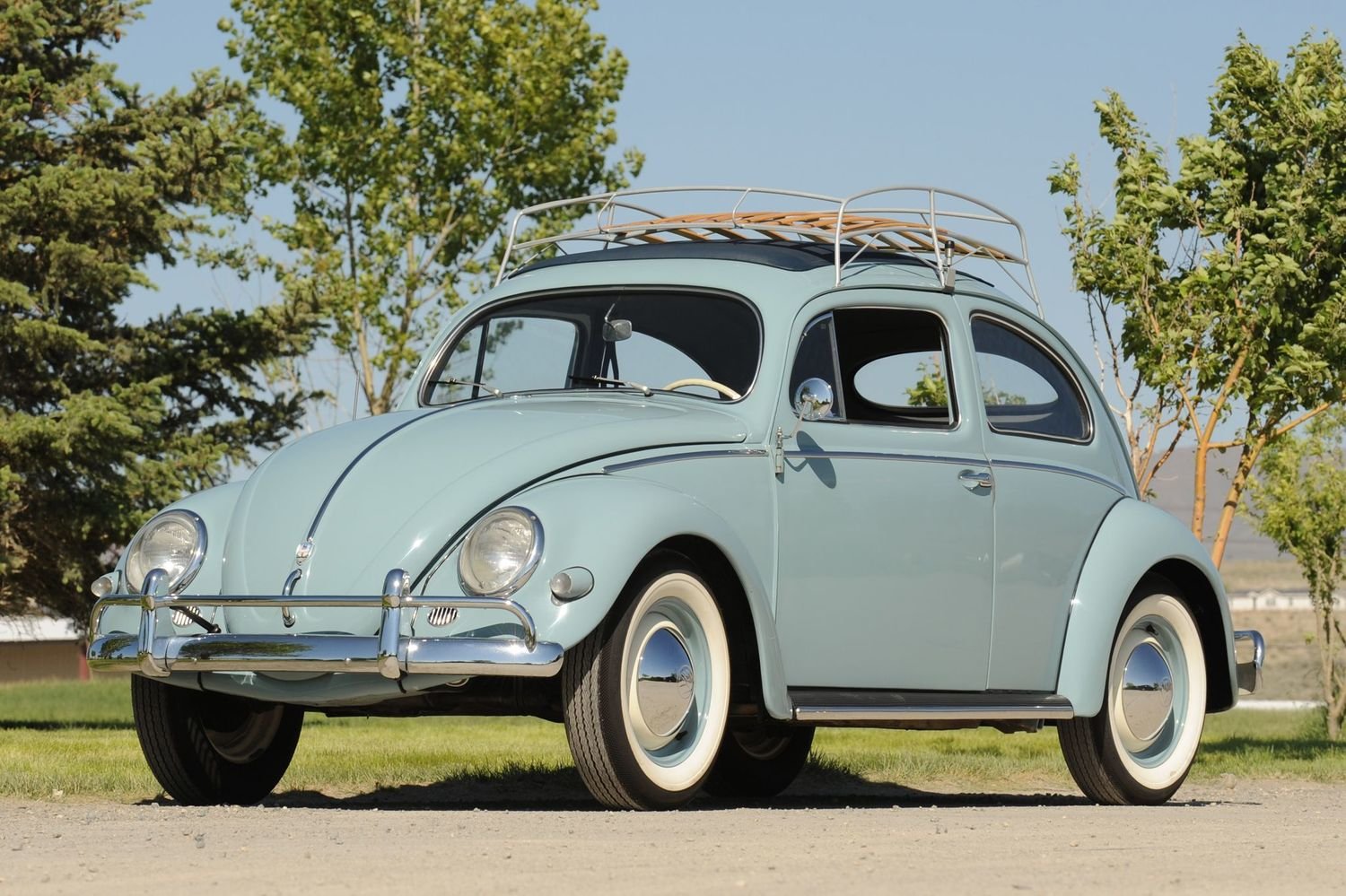 The Volkswagen slogan has changed. Production began under the motto "Strength through joy". In the 1950s and 1960s, the company had a significant increase in production levels. The company had a chance to survive the wars and continue to create new automotive designs and inventions.

Production of the company

The current and most popular products manufactured by Volkswagen:

The company also has subsidiaries such as Audi AG, Bentley, Jetta, SEAT, S. A, Škoda Auto, Dampf-Kraft-Wagen, Bugatti, Lamborghini, and others.

The company has top-selling car models like Golf and Beetle. These models are the third and fourth in the top-selling cars in the history of the automotive industry.

Quality, durability is the main key to the success of the company, which does not let it down for many years.

Volkswagen has selected Siemens as its integration partner.

The New Volkswagen ID Buzz Is the Return of the VW Bus!