Theano is a numerical computation library for Python founded in 2008.

Theano is a numerical computation library for Python. It allows user to define, optimize, and evaluate mathematical expressions that involve multi-dimensional arrays. The actual language of Theano expressions is symbolic.

It compiles mathematical expressions in Python. It picks up structures and turns them into very efficient code. The code optimizations extract as much performance as possible from the hardware. It uses NumPy, native libraries like BLAS and code (C++) to run CPUs or GPU as fast as it can. Specifically, expressions are defined in an abstract sense, compiled and used to create calculations.

Theano was designed to handle computations required for large neural network algorithms used in Deep Learning. In 2007, Theano's development was a pioneer of libraries of its kind. It is an industry standard for Deep Learning research and development. The MILA group at the University of Montreal developed the computation library and named it Theano, the Greek mathematician and philosopher. 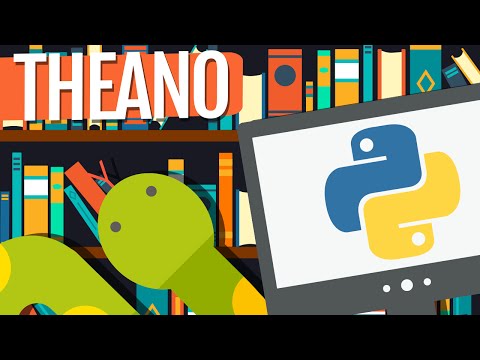 In 2017, the MILA group stopped active development on the Theano project, citing the availability of other actively developed frameworks being made available.

GitHub - Theano/Theano: Theano was a Python library that allows you to define, optimize, and evaluate mathematical expressions involving multi-dimensional arrays efficiently. It is being continued as aesara: www.github.com/pymc-devs/aesara

Theano: A Python framework for fast computation of mathematical expressions