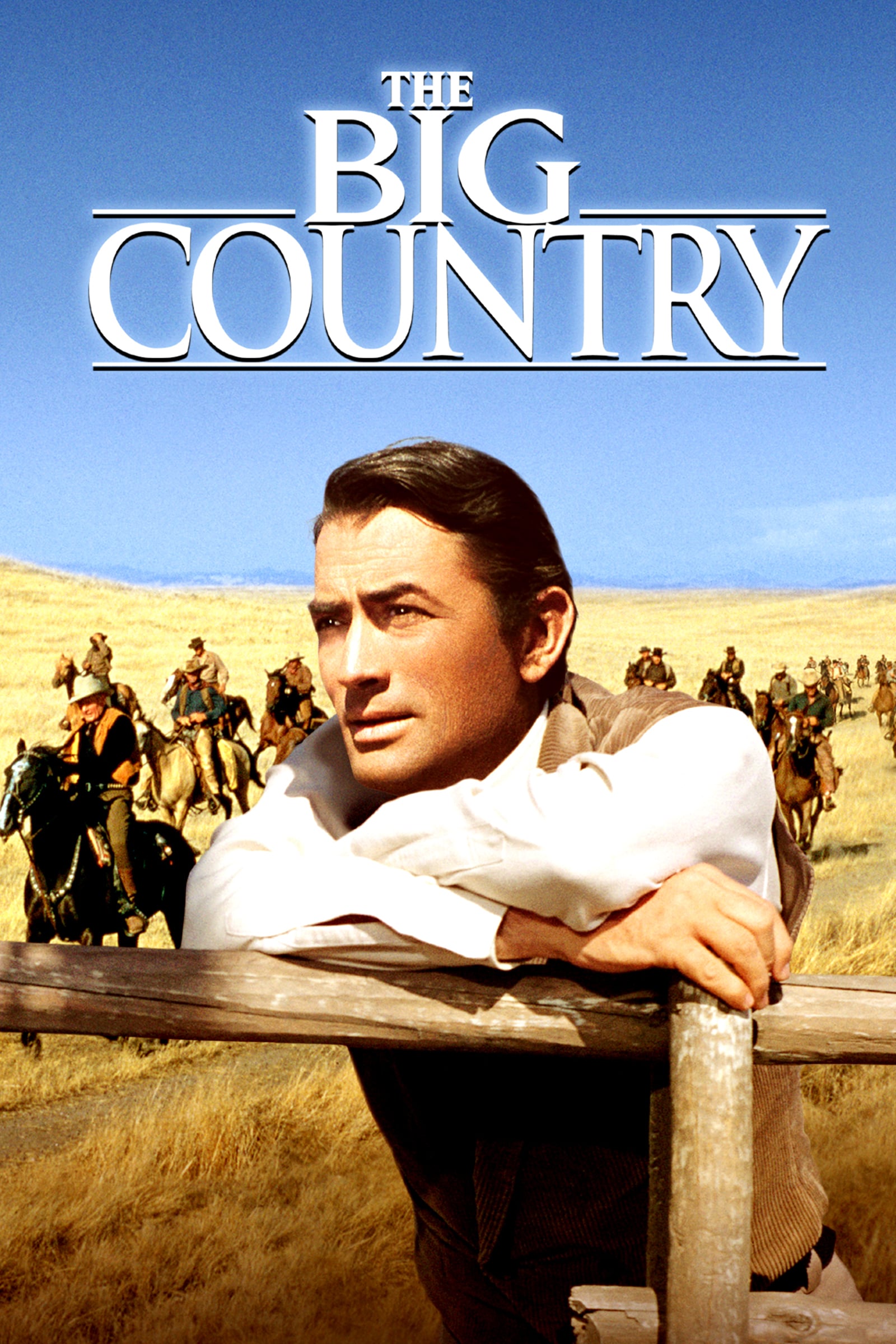 The Big Country is a 1958 American epic Western film directed by William Wyler, starring Gregory Peck, Jean Simmons, Carroll Baker, Charlton Heston, and Burl Ives. The supporting cast features Charles Bickford and Chuck Connors. Filmed in Technicolor and Technirama, the picture was based on the serialized magazine novel Ambush at Blanco Canyon by Donald Hamilton and was co-produced by Wyler and Peck. The opening title sequence was created by Saul Bass.

Burl Ives won the Academy Award as Best Supporting Actor for his performance, as well as the Golden Globe Award. The film was also nominated for an Academy Award for the musical score, composed by Jerome Moross. The film is one of very few in which Heston plays a major supporting role rather than the lead.

Retiring to the American West to marry his fiancée, Patricia Terrill (Carroll Baker), Captain James McKay (Gregory Peck) enters a land-and-water feud between his future father-in-law, Major Terrill (Charles Bickford), and the rough and lawless Hannassey family, led by Rufus (Burl Ives). McKay prefers peace between himself and the Hannasseys, who repeatedly attempt to provoke violence. But his steadfast demeanor only angers his fiancé and Major Terrill, who won't settle for truces.