Swarm is a non-profit blockchain company that builds open infrastructure for digital securities with the goal of democratizing the private equity sector.

Swarm is a non-profit blockchain company that builds open infrastructure for digital securities with the goal of democratizing investment and disrupting the private equity sector. 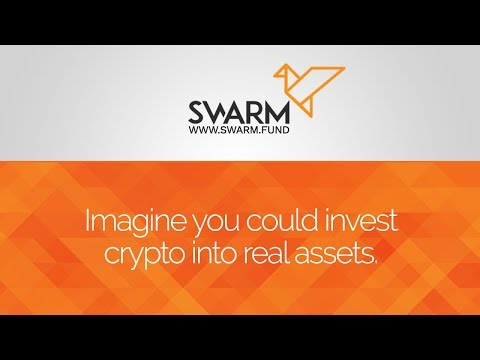 The Market Access Protocol (MAP) is an open standard for trading security tokens that is meant to solve inefficiencies and difficulties in the security token market. MAP is a globally compliant protocol that can be used to integrate security tokens into the market in a uniform way.

The MAP API can be used by any participant in the security token space to verify information for regulatory compliance purposes.

Swarm was founded in 2014 in Silicon Valley by Phillip Pieper and Timo Lehes.

The company raised venture capital from Techstars through a seed round in 2014. They later held a public ICO in 2017 that raised $5.5 million.

In August 2018, Swarm tokenized equity in Robinhood prior to their IPO and offered it to investors through the RHET token.

Swarm was founded by Joel Dietz and Philipp Pieper.

How Swarm Can Disrupt the Private Equity Sector

The Swarm Blockchain, or "How to tokenize a football team".

What is Swarm (SWM)?

Title
Author
Date
Publisher
Description
Swarm debuts $499 Evaluation Kit for consumers and tinkerers
Aria Alamalhodaei
July 29, 2021
TechCrunch
Satellite connectivity company Swarm has come out with a new product that will give anyone the ability to create a messaging or Internet of Things (IoT) device, whether that be a hiker looking to stay connected off-the-grid or a hobbyist wanting to track the weather. The Swarm Evaluation Kit is an all-in-one product that includes [...]
OKEx lists BZZ, utility token of Swarm
OKEx
June 22, 2021
www.prnewswire.com:443
/PRNewswire/ -- OKEx (www.okex.com), a world-leading cryptocurrency spot and derivatives exchange, is pleased to announce the listing today of BZZ, the utility...
The curious incident of Swarm and sprites in the night-time
Science X staff
May 19, 2021
phys.org
We are all familiar with the bolts of lightning that accompany heavy storms. While these flashes originate in storm clouds and strike downwards, a much more elusive type forms higher up in the atmosphere and shoots up towards space. So, what are the chances of somebody taking photographs of these rarely seen, brief 'transient luminous events' at the exact same time as a satellite orbits directly above with the event leaving its signature in the satellite's data?
3 Ways to Help Your Team Recover from Disruption
Sayra Cristancho
April 7, 2021
Harvard Business Review
Lessons on adaptability from emergency response teams.
Swarm's low-cost satellite data network is now available to commercial clients
Darrell Etherington
February 9, 2021
TechCrunch
One of the original startups that set out to create a low-Earth orbit satellite constellation to provide a data network here on Earth is now open for business: Swarm, which now operates 81 of its sandwich-sized satellites on orbit, announced today that its network service is live and available to commercial customers. Founded in 2017 [...]
Roccat Vulcan 120 AIMO gaming keyboard review - Business Insider
Simon Hill
December 8, 2020
Business Insider
Roccat's Vulcan 120 AIMO combines great design with excellent performance in a low-profile package, and comes highly recommended for gaming and typing
Swarm gets all the approvals it needs to begin operating its satellite connectivity service in the U.S.
Darrell Etherington
April 6, 2020
TechCrunch
Space startup Swarm emerged from stealth mode in an unusual way two years ago when it turned out that it had launched some of its satellites in contravention of an FCC order not to do so. The regulator had argued that their satellites, which are tiny spacecraft smaller even than most Cubesats, were in fact [...]