Pluristem Therapeutics is a biotechnology company using placental mesenchymal stem cells to develop cell therapies for medical conditions such as inflammation, ischemia, hematological disorders, and radiation. The company is headquartered in Haifa, Israel and was founded in 2003 by Shia Meretzki. 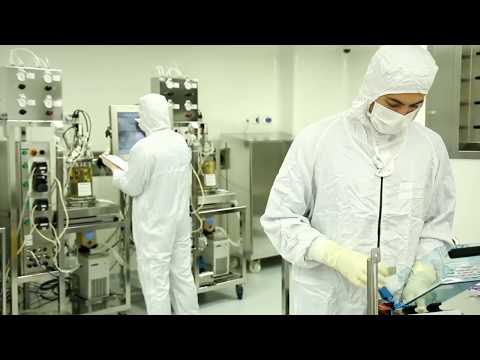 PLX-PAD are cells developed by Pluristem Therapeutics for responding to the production of chemical distress signals by the human body due to inflammation, ischemia, or muscle trauma. The PLX-PAD cells work through secreting proteins with therapeutic properties which trigger repair mechanisms within the body. Pluristem Therapeutics was granted Fast Track Approval by the FDA and was accepted into the FDAs Expanded Access Program, EMA Adaptive Regulatory Pathway and PMDA Accelerated Regulatory Pathway. PLX-PAD cells have been tested in two Phase I clinical trials and one randomized double-blind Phase II clinical trial; all three clinical trials have shown positive results for treating critical limb ischemia (Phase I trials) and muscle injury associated with hip replacement surgery (Phase II trial). The company is also looking to treat several other conditions with PLX-PAD cells which include critical limb ischemia (CLI), interstitial cystitis (IC), orthopaedic indications, pulmonary arterial hypertension, and woman's health issues.

PLX-Immune are cells developed by Pluristem Therapeutics for treating cancer. PLX-Immune cells are human placental-derived adherent stromal cells induced by tumor necrosis factor alpha (TNF-a) and interferon-gamma (IFN-g) which alters their secretion profiles to exhibit anti-proliferation properties on cancer. In pre-clinical trials PLX-immune cells were shown to have an anti-proliferative effect on 45% of tested cancer cells lines (breast, colorectal, kidney, liver, lung, muscle, and skin) in a peer-reviews article published in the scientific journal Scientific Reports. A bioinformatic analysis can be done to identify patients with cancer which may show more positive responses to PLX-Immune cellular therapy.

Pluristem Therapeutics announced on April 12, 2020 they treated 6 critically ill Covid-19 patients with their PLX cells, which are allogenic mesenchymal-like cells with immunomodulary properties. Two of the patients treated had existing medical conditions and three of them were on ventilators at the time of receiving the treatment. The six treated patients survived. Four of the six treated patients also showed improvements in respiratory parameters after receiving the PLX cells treatment.

The PLX cells are able to induce an immune response from the human body by getting it to increase its naturally occurring regulatory T cells and M2 macrophages. Researchers believe the PLX cells are mitigating the negative effects of immune overreactions produced in response to the COVID-19 virus. Clinical research prior to treating COVID-19 with the PLX cells showed the cells have therapeutic effects in animal studies with pulmonary hypertension, lung fibrosis, acute kidney injury, and gastrointestinal injury.

The CEO and president of Pluristem Therapeutics made the following comment regarding the use of PLX cells for treating Covid-19 patients:

We are pleased with this initial outcome of the compassionate use program and committed to harnessing PLX cells for the benefit of patients and healthcare systems. Pluristem is dedicated to using its competitive advantages in large-scale manufacturing to potentially deliver PLX cells to a large number of patients in significant need.

On May 13, 2010 Puristem Therapeutics announced raising $250,000 in venture funding from undisclosed investors.

On June 17, 2015 Pluritstem Therapeutics received a grant worth $2.9 million from an undisclosed source.

On June 18, 2015 Pluristem Therapeutics announced raising $17 million in post-IPO equity from private investors. The money was raised at $2.50 per share with warrants lowering the public share price at the time of the offering which was $2.56 per share. The company did no disclose what it plans on doing with their funding.

On May 9, 2016 Pluristem Therapeutics announced receiving a grant worth $3.3 million from the Ministry of Economy and Industry's Israel Innovation Authority. The grant funding will be used for the company's research and development activities and clinical trials. The chairman and CEO of Pluristem Therapeutics made a public statement about the grant:

The continued backing of the Israeli Innovation Authority is a vote of confidence in Pluristem technology and strategy and supports the execution of our plans.

On January 23, 2017 Pluristem Therapeutics announced raising $15 million in Post-IPO equity through enlarging its planned offering. The company also announced receiving a $3.3 million grant from the Israel Innovation Authority. The post-IPO equity funding and grant money will be used by Pluristem Therapeutics will be used to support the development of the company's placenta-based therapy products.

On September 7, 2017 Pluristem Therapeutics announced raising $8.7 million in the form of a grant from the European Union. The grant is part of the European Union Research and Development Horizon 2020 program. The grant money will be used to support the phase III clinical trials of Pluristem Therapeutics PLX-PAD cells for post surgery recovery for femoral neck (hip) fractures. The phase III clinical trials will be a collaborative effort between Pluristem Therapeutics and an international consortium led by Charité - Universitätsmedizin Berlin, under the direction of Dr. Tobias Winkler, Principal Investigator of the Berlin-Brandenburg Center for Regenerative Therapies, Julius Wolff Institute, and the Center for Musculoskeletal Surgery.