Plant-based meat products are made to mimic properties found within natural meats and are considered to be meat substitutes. They are made using plant and other non-animal products to look, taste, and feel like meat products. Examples include: seitan, falafel, tempeh, Tofurky, Beyond Meat burgers, and Mock duck. 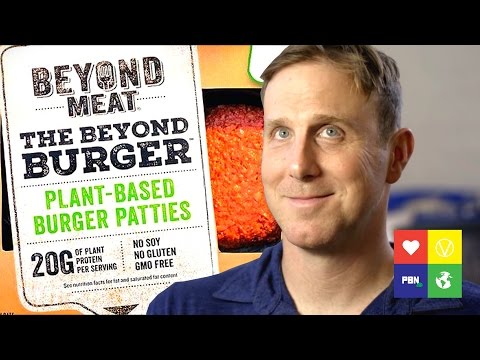 Building meat from plants with Beyond Meats Ethan Brown.

Plant-based meats present a variety of advantages and trade-offs to traditional meat products. For example, most plant based meats end up being grey in colour which is unattractive to some consumers and has been labeled the "cosmetic colour problem". Another problem with plant-based meats is that on top of requiring colour additives, they are often highly processed foods with a lot of additives in them compared to traditional meat products.

There are companies working to solve the cosmetic colour, processing, and additives problems of the plant-based meat industry. For example, Naturex is a company working on solving these problems by manufacturing specialty natural food colouring additives, and Impossible Foods is using cellular agriculture to make heme, a product that is found in blood, and include it in their plant-based burger products. Both Naturex and Impossible Foods are working to improve the attractiveness of plant-based meats to the average consumer.

Plant-based meat products in this category are specifically made to replicate features of meat such as texture, flavour, and aroma. Creating plant-based meat alternatives that mimic every characteristic of a chosen meat product is difficult due to the molecular complexity of meat . There are many molecules interacting with each-other that form the structures and chemicals found within meat products. Plant-based meats made to mimic meat deal with the problem of complexity by attempting to push the boundaries of what is considered to be "meat" based on molecular structure and composition instead of where it came from; be it plants or animals. Products that fall within this category include: the Beyond Burger, the Impossible Burger, Ahimi, and others. 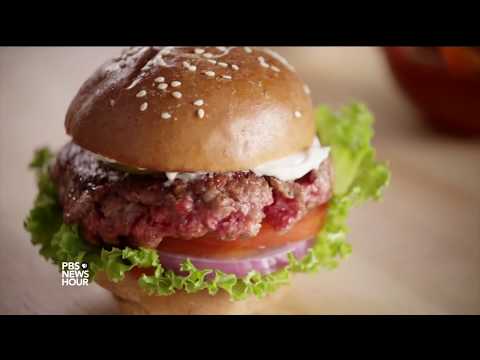 Can these mock meat entrepreneurs fool you with a plant-based burger?

Plant-based products made to replace meat, but not mimic it's characteristics 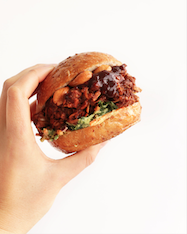 Products within this category are found in nature and are commonly used as meat substitutes. Examples include: a variety of mushrooms (ex. portobello, oyster, white button, etc...), pulses, jackfruit, and others. These naturally occurring plant-based meat substitutes mimic properties of meat by being similar in texture and/or protein content. The texture similar to meat products produced by some plants and mushrooms is through structure of fibrous material found within them, creating a "fleshy" appearance and feel. For example, the jackfruit is often used as a replacement for pulled pork.

There are ~350,000 accepted plant species on earth, and only 150 out of approximately 30,000 edible plant species are cultivated for food production around the world. According to the Food and Agriculture Organization of the United Nations (FAO) 90% of calories around the world come from only 30 plant species. Plant-based meat products benefit from having the ability to draw upon hundreds of thousands of plant species for new and improved ingredients. There is a lot of opportunity to discover plant proteins with desirable properties for plant based meat products such as: desirable amino acid profiles, denaturing temperatures, textures, tastes, and shelf lives. Innovation opportunities within the plant-based meat industry include:

Mintel's report on meat alternative use reported that the sale of meat alternatives was $553 million in 2012 (8% growth from 2010); and that only 7% of surveyed consumers identified themselves as vegetarian, but 36% said they ate alternative meat products. Based on information gathered by Mintel in their report, future growth of the meat alternative market will be heavily influenced by companies delivering on general consumer foods interests — such as food texture, taste, and appearance.

The air pollutant and neurotoxin, hexane, is found to be in most non-organic veggie burger products

In November, 2010 the Cornicopia Institute releases their report Toxic Chemicals: Banned In Organics But Common In 'Natural' Food Production titled "Soy Protein and Chemical Solvents in Nutrition Bars and Meat Alternatives". In the report the Cornicopia Institute details how non-organic soybean processors are contaminating soybean based products through the improper handling and removal of the solvent hexane during soybean oil extraction.

Burger King becomes the first major fact food company to begin offering the veggie burger. Their veggie burger was made to be free of soy in order to avoid allergy concerns and was made available at over 8,000 of their locations.

Fusarium venenatum is a fungus containing high levels myco-proteins that was discovered by British scientists in the early 1960's. Shortly after the discovery of F.venenatum, scientists began to research the biological properties — and safety — of Fas an alternative protein source for human consumption. In 1984, after over 12 years of research, the Ministry of Agriculture, Fisheries and Food in the United Kingdom approved the commercial sale of myco-proteins found in F.venenatum. After approval by the British government fungal myco-proteins began to be approved by governments and included in plant-based meat products around the world.

First use of the term "meat free" in the media

Journalist Helen Keith was the first to use the term "meat free" in an article she wrote in Scientific American writing "The general conclusion to be drawn from the scientific evidence is, therefore, that the meat-free diet is not as safe as the diet containing meat."

11 Vegan Meat Brands That Are Changing Everything

Can You Be Doing More to End Factory Farming and Grow the Plant-Based Food Industry?

The evolution of a plant-based

How To Make Meat, Vegan-Style

The Science Behind Plant-Based Proteins

Will Meatless Meat Be The Future Of Food?

Title
Author
Date
Publisher
Description
Plant-Based Foods Continue to Burst into the Mainstream
Microsmallcap.com
March 2, 2021
www.prnewswire.com:443
/PRNewswire/ -- The drumbeat towards massive global production of plant-based foods is growing louder. Mega-billionaire Bill Gates recently addressed this...
Plant & Bean to Open Europe's Largest Production Facility in the UK to Accelerate Adoption of Plant-based Meat
Plant & Bean
December 9, 2020
www.prnewswire.com:443
/PRNewswire/ -- Plant & Bean, a developer and manufacturer of high-quality, plant-based food products, has announced that it is set to open Europe's largest...
Ditch the Turkey and Pick Up the Pardon
No Evil Foods
November 11, 2020
www.prnewswire.com:443
/PRNewswire/ -- Each year, more than 45 million turkeys are served around the holiday table. Even worse, an estimated 200 million pounds of turkey meat is...