Industry is the production of goods or services of a given field within an economy.

An industry is described as a branch of an economy that produces a related set of raw materials, goods, or services. When evaluating a company to understand what industry it partakes in, the dominant source of revenue for the company is used by industry classifications to classify it within a specific industry. Similar businesses are grouped into industries based on the primary product produced or sold, which works to define industry groups that can be used to isolate businesses from those participating in different activities. These groupings are then used to better understand the factors and limitations of corporate profit growth and allow those companies to be compared to each other to evaluate the relative attractiveness of a company. 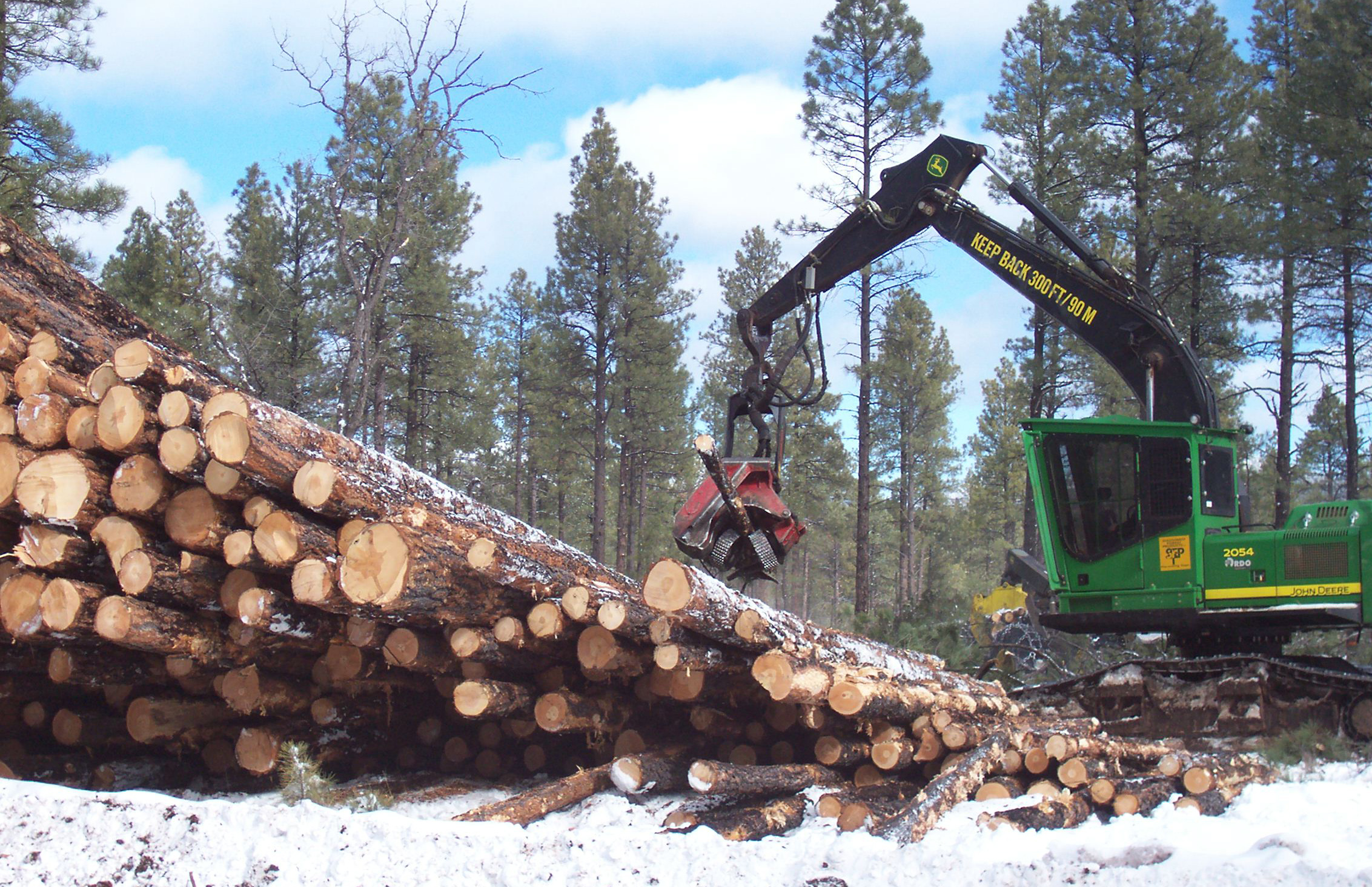 Forestry is an example of a genetic industry in primary industry.

For example, genetic industries include agriculture, forestry, livestock management, and fishing, which are subject to scientific and technological improvements of renewable resources. Extractive industries can include the mining of mineral ores, the quarrying of stone, and the extraction of mineral fuels. 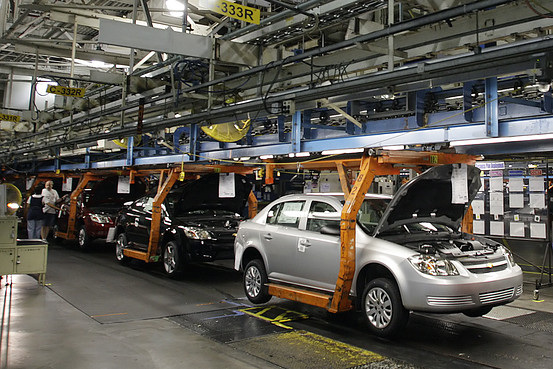 Automobile manufacturing is a part of the secondary industry, often divided into large scale industry.

The secondary industry category is also divided into heavy, or large-scale, and light, or small-scale, industry. Large-scale industry, as the name suggests, generally requires heavy capital investment into plants and machinery and serves a large and diverse market including other manufacturing industries, has a complex industrial organization, and frequently requires a skilled and specialized labor force in order to generate a large volume of output. Examples include petroleum refining, steel and iron manufacturing, motor vehicle and heavy machinery manufacture, and cement production.

Light, or small-scale, industry may be characterized by the nondurability of manufactured products and a smaller capital investment in plants and equipment, and it may involve nonstandard products, such as customized or craft work. Labor forces in these industries may be either low-skilled, such as in textile work or clothing manufacture, food processing, and plastics; or they can be highly skilled, such as in the manufacturing of electronics and computer hardware, precision instruments, and gemstone cutting.

Tertiary industry, also known as the service sector or industry, encompasses the wide range of businesses in an economy that includes financial institutions, schools, hospitals, and restaurants. This industry is often considered a primary industry in a developed economy, with the shift from primary to secondary and tertiary industries often an indication of a developed economy. This sector tends to include both private and government enterprises. 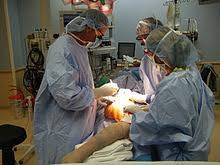 Health care is often categorized as a part of the tertiary industry.

The tertiary industry can also be subdivided into two main categories. The first category includes companies that could be considered to be in the business of making money, such as the financial industries. While the second category would comprise the non-profit segment, which can include services such as state education. Often, this industry sector makes up the vast majority of employment opportunities and is often focused on providing services, not goods, to consumers and other organizations.

The tertiary industry includes service providers such as those in the shipping and transportation industry, or the transportation of people, such as taxi services, or public transportation; it includes hospitality industries such as hotels, resorts, food providers; financial institutions such as banks; and it can include personal services such as haircutting, tattooing, pet groomers, animal breeders, hospitals, clinics, veterinarians, and other medical service facilities.

The quarternary industry is also sometimes considered an extension of the tertiary industry. This industry is an economic activity based on the intellectual or knowledge-based economy. It involves work that conceives, creates, interprets, organizes, directs, and transmits with the help and support of scientific and technical knowledge. This industry is often thought of as the industry of the mind, knowledge, and skill, which works to create value for a nation's economy from technology applications or human ingenuity. 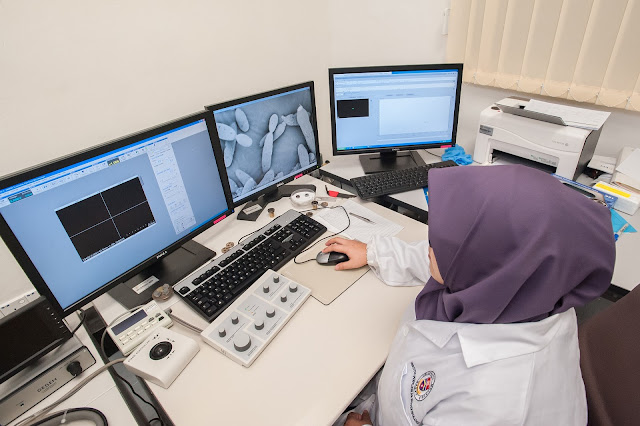 Research and intellectual products are large parts of the quarternary industry.

Some examples of companies in this sector include consultancy, financial planning, designing, information technologies, research and development, and generation of information. In some interpretations, other activities in this industry include entertainment, media, culture, and government. Examples of products and services from this industry sector include artificial intelligence, big data, robotics, internet of things, autonomous vehicles, 3D printing, nanotechnology, and quantum computing.

A fifth industry category, the quinary industry is only sometimes narrowed down by economists. This category includes the highest levels of decision-making in a society or economy. This sector tends to include top executives or officials in fields such as government, science, universities, nonprofits, health care, culture, and the media. It can also include civil services such as police and fire departments, which are public services as opposed to for-profit enterprises.

Often these terms are used interchangeably or seem to be the same. However, the terms industry and sector are often given slightly different meanings. In this dichotomy, industry refers to a much more specific group of companies or businesses, or a narrower definition of activities, while sector refers to the larger segments of the economy. In this case, the above five categories of industries could be, and often are, referred to as the five sectors of industry, while the narrower categories, such as agriculture as a part of the primary industry sector, would be the industry.

Sometimes the terms are reversed, but it remains that one term is used to break the economy down into a few general segments, while the other further categorizes those activities into more specific business activities. In many stock markets, the generally accepted terminology cites a sector as a broad classification and an industry as a more specific one.

As a part of industry, a market is often the third part of the industry and sector breakdown, with markets defined as a group or groups of customers who require the products and services provided by an industry. Often the market refers to the whole available market for an industry. These markets can be divided further into market segments. The process of segmentation can be done based on different variables, such as age, lifestyle, education, job role, income, beliefs, location, or other combinations. In terms of marketing, each segment is likely to need tailored communications and messages, such that a marketing campaign for a customer in their 20s will have some different needs than a customer in their 70s.

There are different standards for defining an industry. Although the above categorization helps, to further narrow down the specific industry or to better understand what industry a company is participating in will depend on the principal activity or market the company is in. For example, a company will have to set industry boundaries and focus on a particular industry, such as the craft beer industry rather than beer or alcoholic beverages. This will determine who a company's competitors are, and the size and scope of a market analysis. To help interested parties define the industry a company is in, there exists some standardization in the NAICS and GICS classifications.

The NAICS is a standard used by Federal statistical agencies to classify business establishments for the purposes of collecting, analyzing, and publishing data related to a country's economy. The NAICS was developed under the auspices of the Office of Management and Budget and adopted in 1997. At the time, it replaced the Standard Industrial Classification (SIC) system. Further, the NAICS was developed jointly by the U.S. Economic Classification Policy Committee (ECPC), Statistics Canada, and Mexico's Instituto Nacional de Estadistica y Geografia, and is intended to allow for a high level of comparability in business statistics among the North American Countries. The system uses a numerical and alphabetical classification index to develop groups a business's activities fall under.

Under NAICS, there are twenty recognized major sectors, with codes that begin the digits for the major categories of the NAICS index, before they are further defined into minor categories. For example, Sector 11 is defined as agriculture, forestry, fishing, and hunting. Under this sector, code 111 is Crop Production, under which code 1111 is Oilseed and Grain Farming, while code 11111 is soybean farming.

Support activities for agriculture and forestry

A competing industry definition framework, GICS was developed by Standard and Poor's and Morgan Stanley Capital International in 1999 for use by financial analysts, investors, and portfolio managers. This system classifies public companies using a market-based approach based on how they earn their revenues. This system is used by many stock exchanges to develop industry and sector indexes. The GICS works to classify companies both quantitatively and qualitatively, with each company assigned a single GICS classification at the sub-industry level according to the principal business activity. However, it also recognizes earning and market perception as important and relevant information for classification.

A visualization of the pyramid which makes the GICS classification framework.

The GICS classification offers 11 sectors, which are further subdivided into 24 industry groups, which are then divided into 69 industries, which finally are subdivided into the 158 sub-industries that are the classifications used for a company. For example, the 11 sectors are energy, materials, industrials, consumer discretionary, consumer staples, health care, financial, information technology, communication services, utilities, and real estate. If a company is in the industrials sector, it then exists in either capital goods, commercial and professional services, or transportation. And, if the company falls under capital goods, the industry it can exist in can be either aerospace and defense, building products, construction and engineering, electrical equipment, industrial conglomerates, machinery, and trading companies and distributors.

MILL TALK: What Is Industry 4.0 and How Did We Get Here? with MIT Professor David Hardt

What is Industry 4.0? [Introduction to Smart Factories and the Fourth Industrial Revolution]

Title
Author
Date
Publisher
Description
Industry, government at odds over timber as building boom, climate change tightens supply
Anthony Pancia
August 5, 2021
www.abc.net.au
Western Australia's native timber industry is grappling with a shortfall of suitable logs for housing, and the government is flagging climate change as a contributing factor.
INSIGHTS | Meet China's three major tech regulators · TechNode
Wei Sheng
July 27, 2021
TechNode
Who's behind China's ongoing tech crackdowns? TechNode helps you get to know the country's main tech regulators with our handy guide.
Statistics system politicised, government must reduce control over it: Pronab Sen
July 16, 2021
The Economic Times
"Until 2014, no election speech ever talked about numbers, statistics was fundamentally unimportant to the political discourse. Statistics today has been politicised, this was never the case earlier," Sen said at an event organised by the PHD Chamber of Commerce and Industry.
Automobile exports reach $23.6 billion in H1 2021, highest in 7years
ANI
July 16, 2021
@bsindia
Automobile exports in the first half of 2021 achieved the highest performance in seven years despite difficulties in procurement automobile components due to Covid-19 outbreak
Announcing the agenda for the Disrupt Stage this September
Jordan Crook
July 15, 2021
TechCrunch
Disrupt 2021 stands to be the best Disrupt yet. We have an incredible lineup of speakers both on the Disrupt Stage and the Extra Crunch Stage. And, of course, we can't forget the Startup Battlefield, which has been a launch pad for some of the biggest tech companies in the world today, including Dropbox, Mint, [...]
SHOW MORE