Kubernetes, also known as K8s, is an open-source system for automating the deployment, scaling, and management of containerized applications.

Kubernetes, also known as K8s, is an open-source system for automating the deployment, scaling, and management of containerized applications. By grouping containers that make up an application into logical units, Kubernetes aims to simplify management and discovery. Kubernetes supports a range of container tools, including Docker. Originally designed by Google and donated to the Cloud Native Computing Foundation (CNCF), Kubernetes builds on fifteen years of experience running production workloads. Kubernetes is open source and allows users to utilize on-premises, hybrid, or public cloud infrastructure. 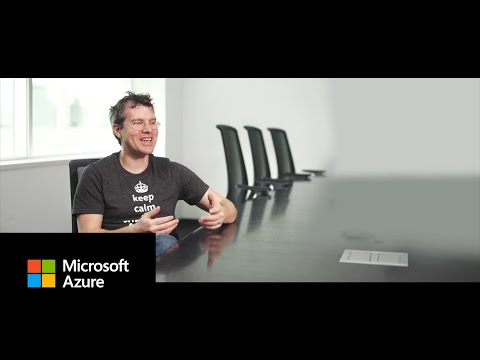 CNCF's 2021 annual survey found Kubernetes is used across the globe, irrespective of company size (less than 9 employees to 5000+), and the most prevalent job functions include SRE/DevOps engineers, software architects (25%), and back-end developers (23%).

In the virtualization management software industry, Kubernetes is the most popular solution, with a market share of 25.7%. The top sectors making use of Kubernetes are software (30%) and information technology and services (14%). The state of cloud native development report published in December 2021 found that 57% of back-end developers used containers in the previous twelve months, and 31% of these used Kubernetes, a total of 5.6 million. In 2019, Kubernetes was estimated to be used by up to or more than 50% of Fortune 500 companies. Kubernetes clients include Google, Shopify, Slack, The New York Times, Capital One, BlackRock, CERN, IBM, Nordstrom, and Spotify.

Alongside the release Google partners with the Linux Foundation to form the Cloud Native Computing Foundation (CNCF).

The demise of docker and the rise of kubernetes

The State of Kubernetes 2019

WHAT ARE THE REAL BENEFITS OF KUBERNETES - Linkbynet

With its Kubernetes bet paying off, Cloud Foundry doubles down on developer experience

Title
Author
Date
Publisher
Description
Why CEOs Should Learn the Kubernetes Way of Thinking
Brand Post
October 7, 2021
CIO
Now is the time for CEOs to understand these powerful design principles and use them to enhance their organization's competitive position.
Containerized Storage with Kubernetes Goes Mainstream in the Large Enterprise
Brand Post
October 6, 2021
CIO
Learn how your team can take advantage of enterprise-class performance and availability at multi-petabyte scale for virtualized workloads with Infinidat.
The Crucial Role of Application Management in a Cloud Operating Model
Brand Post
September 28, 2021
CIO
Applications are critical and determining the management approach and timeline for modernizing them as part of their transformation is essential.
If anyone can explain why Jupiter's Great Red Spot is spinning faster and shrinking, please speak up
Katyanna Quach
September 28, 2021
go.theregister.com
Astronomers are still figuring out how the planet's storm continues to rage
Samsung is planning to reverse-engineer the human brain on to a chip
Matt Dupuy
September 27, 2021
go.theregister.com
'Here I am, 100 billion neurons and all you want me to do is calculate all the ways this could possibly go wrong?'
SHOW MORE