Convex is a platform that boosts rewards for CRV stakers and liquidity providers alike, all in a simple and easy to use interface.

That's it — that's the product. In a DeFi era where protocols offer countless products and options, it's reasonable to expect more out of Convex. However, don't be fooled. The sheer simplicity and single-minded focus of Convex's offering are what has made the platform so successful.

There are really only two people Convex is aimed at:

You might be asking yourself why you would stake CRV on Convex rather than Curve for veCRV, or why you'd deposit LP tokens there instead of Yearn. Well, it's all about the boosted rewards.

To get that point, you'll need to know a little bit about how Curve Finance works.

Essentially, everyone using Convex is pooling their assets together so the platform can acquire more CRV, convert it into veCRV, then maximize boost to all Curve LP token holders.

Isn't that brilliant? In the end, it doesn't matter how large or small your stake in a Curve pool is — as long as you have Curve LP tokens, Convex usually lets you get the maximum reward boost out of them. 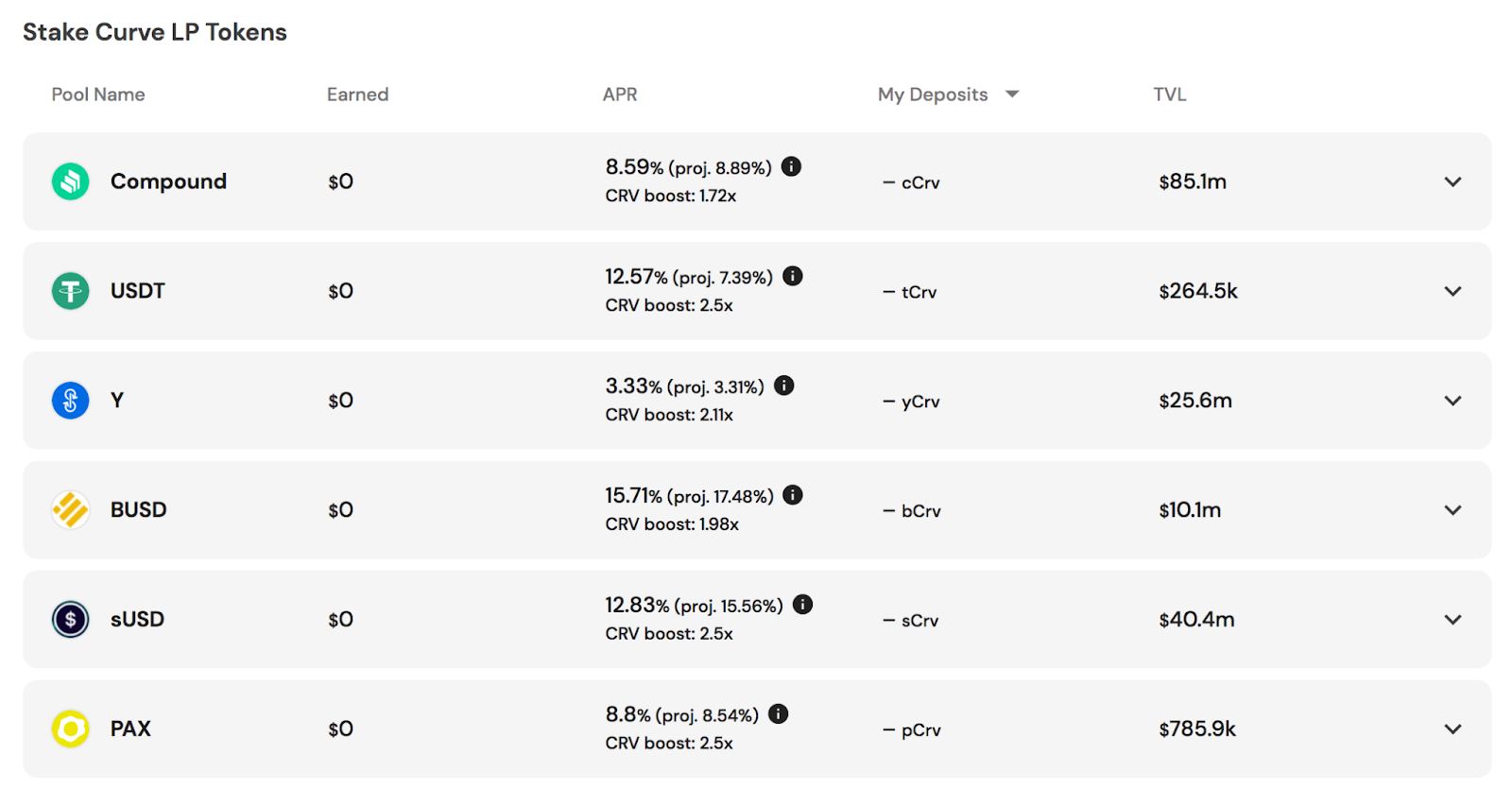 We say usually because not all Convex pools are boosted to the max. Some are sitting at 1.89x, while others are solid at 2.5x. What makes some pools boosted higher than others is the amount of veCRV applied to the pool.

Convex gives you a fairly formidable four-pronged path to passive income. If you provide liquidity to one of the Convex-supported Curve liquidity pools, you get the following income streams:

Even if you aren't providing huge sums of liquidity to Curve, setting and forgetting your tokens in a Curve pool, then depositing the LP tokens to Convex long term can be handsomely rewarding.