BloXroute is a blockchain scalability infrastructure service called a Blockchain Distribution Network (BDN). It could be compared to a content delivery network (CDN), but for decentralized systems. It is being developed by BloXroute Labs, which was founded by Uri Klarman, Emin Gun Sirer, Aleksandar Kuzmanovic, and Soumya Basu in 2017. 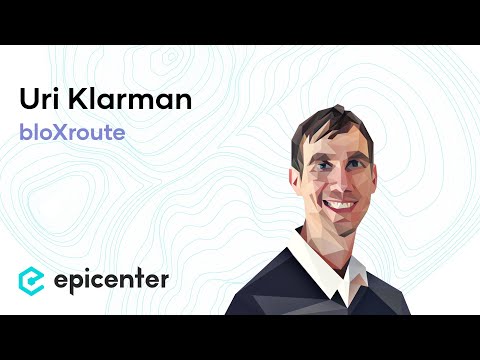 BloXroute is a layer-0 infrastructure because it sits beneath the blockchain layer and does not require changes to consensus or protocol of the blockchain. Instead, miners point their software to bloXroute nodes which then propagate transactions to other bloXroute nodes. These nodes use a variety of networking efficiencies from traditional computing systems such as system wide caching and cut-through routing to increase throughput. The infrastructure is blockchain agnostic and could theoretically be used by any blockchain system.

The bloXroute system maintains a variety of procedures to maintain neutrality such that all transactions are treated equally and fairly by the system. Content of transactions is encrypted and transactions are indirectly relayed so that individual nodes cannot be blacklisted or targeted.

The company has committed to open sourcing all code, allowing nodes and the community to verify behavior of gateways, and if potentially fork the system if any specific servers are compromised or malfunctioning.

The business model for bloXroute includes the sale of a ERC-20 token called BLXR. The token is designed around a transaction fee model in which essentially users and miners agree to pay bloXroute a small fee to use the network in exchange for improved performance. The BLXR token is intended to be used as an investment vehicle into this fee model system.

Why FIBRE, Falcon and Other Blockchain Scalability Solutions Are Not Enough.