Zcash is a cryptocurrency utilizing zero-knowledge proof cryptography to protect the privacy of transactions.

Zcash is a cryptocurrency utilizing zero-knowledge proof cryptography to protect the privacy of transactions. Zcash publishes all the payments on a public blockchain but the identity of the sender and the recipient, as well as the amount of transaction, remain private.

Zcash was founded by Zooko Wilcox and grew out of the Zerocoin project. The founding scientists of Zcash are Alessandro Chiesa, Christina Garman, Eli Ben-Sasson, Eran Tromer, Ian Miers, Madars Vizra, and Methew Green. The crypto was first announced around the first quarter of 2016, and was officially launched on October, 2016.

The technology behind Zcash protocol is called ZK-SNARK— an acronym for Zero-Knowledge Succinct Non-interactive ARgument of Knowledge. ZK-SNARK is a new form of “zero-knowledge cryptography” that makes all the transactions in Zcash, fully encrypted on the blockchain and to ensure that the confidentiality of transaction metadata is fully preserved.

Confidentiality is a guarantee of personal freedom and security when making online payments. The first Bitcoin cryptocurrency, despite all its uniqueness, is pseudonymous. The BTC blockchain ecosystem is absolutely transparent and anyone can open a web browser and see the balance of any address and the number of completed transactions. Of course, passport data are not published in the distributed registry, and no one will require them from you when creating a personal bitcoin wallet.

The identity of the wallet owner is unknown to the network administration and wallet developers, but it is impossible to hide the rest of the information. Having determined the IP address, you can try to establish the identity of the holder of cryptomonets. This situation did not suit many, and blockchain engineers developed the first truly anonymous Zcash payment network. What kind of cryptocurrency it is and how it guarantees the privacy of transactions, we will tell you now. So, let me introduce ZEC, a cryptocurrency that Edward Snowden and Wikileaks employees called the most interesting altcoin. 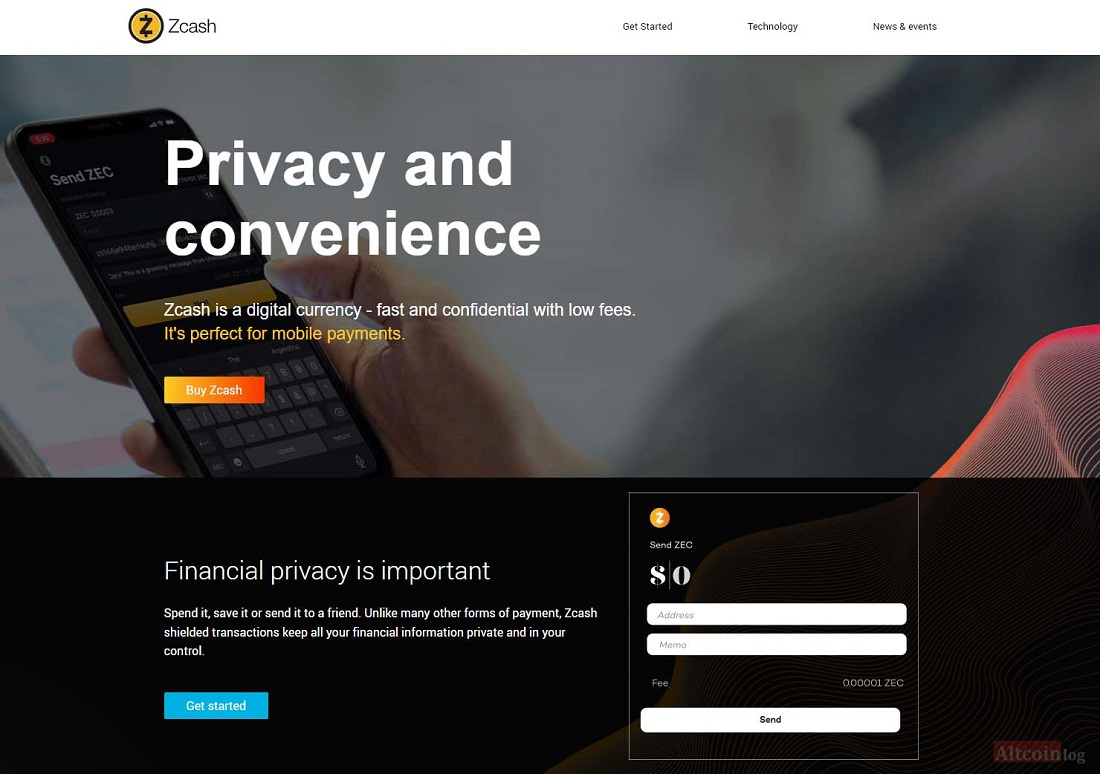 Zcash is the first decentralized network in which a new form of cryptography, zk—SNARK, is used to ensure confidentiality. Anonymous transfers are encrypted and inaccessible in the Zcash Blockchain Explorer, but despite this they are checked for validity according to the consensus rules of the network, using the "zero disclosure" proof.

Each user of the network, thanks to ZK-Snark, can confirm ownership of certain data (for example, a private key), without disclosing them and constantly interacting with the validator. The zk-SNARK proof algorithm compiles the hash sum of the transaction into a scheme for solving algebraic equations. A quadratic asymmetric program (QAP) developed by a group of cryptographers in 2013 is used to verify the authenticity of the arithmetic scheme. QAP generates a random verification point, which is not known in advance to the sender, nor to the validator. For this purpose, such forms of cryptography as homomorphic encryption and elliptic curve pairing are used.

The recipient of the funds creates a set of keys or a key tuple, it includes

When creating a hidden transaction, the key tuple is not available in the browser, information about these keys is provided only on request.

The sender of the hidden transaction forms a note that includes:

The note confirms that the amount indicated in it can be spent by the recipient who has an expense key that corresponds to the payment key. Notes created using the JoinSplit technology are stored in an incremental Merkle tree of a given depth.

In the blockchain, a certain part of the chain is assigned to each complete node, forming a tree in which each block is connected to the previous one using the hash block header. The path from the root to the nodes in the structure of valid blocks is called a valid block chain. Each complete node creates a function that resets all elements of the array, which is logically related to the state of the tree. Unique zeroes, which can also be found in the JoinSplit descriptions, protect against double spending. The zeroizer is never duplicated in the blockchain.

Zcash increases user privacy by encrypting information about the participants of the transaction and the amount of the transfer with one signature, published in the public registry for transactions using secure addresses. Zcash does not encrypt data for multi-signature, does not protect against correlations in public transactions, and does not hide the IP address of the sender and recipient.

When sending funds to the Zcash blockchain ecosystem, more preliminary work needs to be done. But the transaction itself can be confirmed within a few seconds, and its volume will not exceed several hundred bytes.

The possibility of using multi-signature.

If the transaction is not confirmed within an hour, it becomes invalid, and the funds are returned to the sender.

Z-addresses are encrypted, always start with the letter z;

T-addresses are open. start only with t.

Information about the transfer between Z wallets and the amount of the fee is available in the public blockchain, but there are no addresses, not the transaction amount. The owner of the wallet, if necessary, can inform the IP address and transaction information to a third party, for example, regulators for auditing and ensuring the requirements of local legislation using the viewing key. 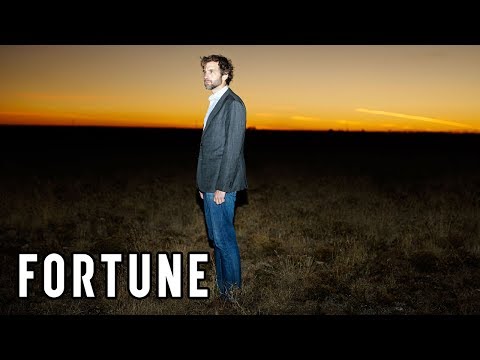 Transactions between two t-addresses are transparent and all information about them is publicly available, just like in the bitcoin network. Open and closed addresses easily interact with each other and there are no problems with transactions from, Z to T, or vice versa.

Transactions in the Zcash cryptocurrency ecosystem can be divided into 4 types:

When making a secure transaction, the sender can transmit the necessary information to the recipient in encrypted form using a memo field for notes. At the same time, the owner of the z-address can provide auditors with the details of the completed translation and all the content of the memo field to check for compliance with regulatory standards. When using t-addresses, it is possible to make a transaction with a multi-signature. The Sapling network upgrade has provided new secure addresses to improve efficiency and functionality. Legacy addresses started with "zc", and new Sapling addresses start with "zs". More detailed information about the various types of transactions of the Zcash altcoin can be found on the developer's website https://electriccoin.co/ru/blog/anatomy-of-zcash . 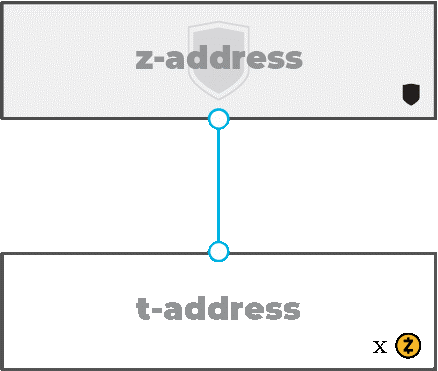 The Zcash cryptocurrency has an open source code developed by a team of computer security specialists and has passed an independent audit.

In the spring of this year, the ZCash Developer Alliance (ZDA) was created under the auspices of the Electric Coin Company (ECC). A team of specialists will work on the implementation of privacy options in the Lightning Network system and the blockchains of Ethereum, Cosmos and some other projects. On April 18, 2022, the developers of Zcash plan to implement NU5 updates. This is the largest update of the Zcash protocol since the launch of the project. NU5 consists of a number of significant improvements, including unified addresses and the deployment of Halo 2 on Zcash. Halo 2, is an improved version of the zk-SNARK protocol, written in Rust, which eliminates the need for trust configuration and increases the bandwidth and scalability of the Zcash network.

The functional compatibility of Zcash with the protocols of the Ethereum and Cosmos cryptosystems is the primary task of the alliance.

The Ethereum Foundation team is exploring options for implementing anonymous transactions in Ethereum 2.0, and Bolt Lab employees are working to increase the confidentiality of the Lightning Network protocol. According to the head of Bolt Labs Ayo Akiniele, alliance specialists are looking for a single solution that can be adapted to any ecosystem.

ZDA is also working on providing access to the Zcash protocol to companies that do not use the Zikesh cryptocurrency, but are interested in ensuring anonymity.

The Zerocash protocol, on which the ZEC cryptocurrency is based, was created by 4 groups of blockchain engineers representing:

The launch of the Zcash crypto network took place on October 28, 2016. The executive director of the project is Zuko Wilcox, a computer security specialist from the USA. The team consists of programmers, engineers, designers, programmers, scientists, lawyers, financiers.

Special mention should be made of: Nathan Wilcox, Dira Hopewood, Jack Grieg, Christina Garman, Ian Myers. The list of project consultants includes the creator of the Ethereum cryptoplatform Vitalik Buterin. 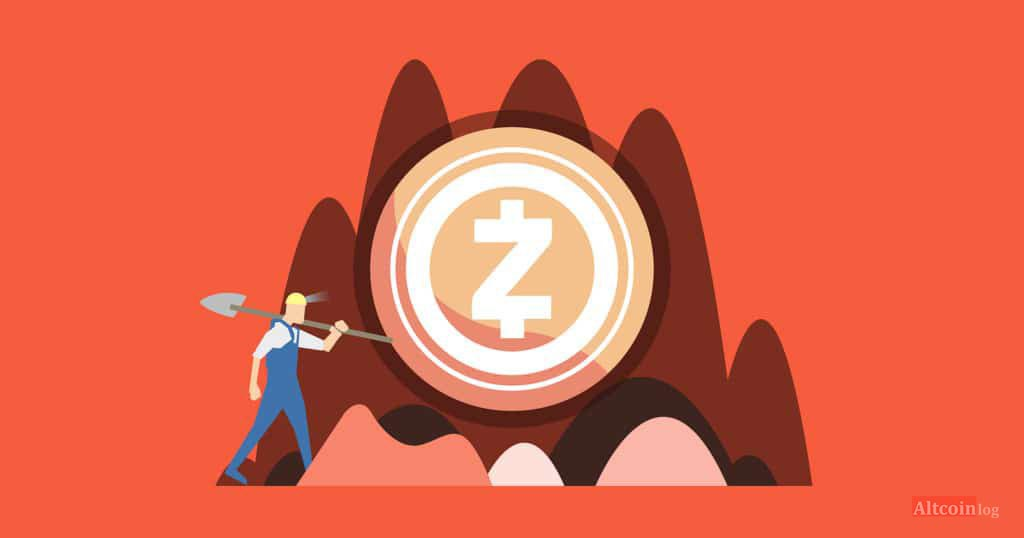 Zcash was founded by Zooko Wilcox-O'Hearn.

How It Works | Zcash

What are zk-SNARKs? | Zcash