Vermont is a small state, it occupies the last, fiftieth place among the US states in terms of gross domestic product. Nevertheless, Vermont's economy is fairly developed, with tourism, agriculture, industry, and mining being its main industries.

The Beast is a Morgan horse Some Notable Vermont Natives and Residents

Brigham Young (1801–1877) was one of the leaders of The Church of Jesus Christ of Latter-day Saints during its founding and development. He played a significant role in the resettlement of Mormons in the Western United States, in Utah, and in the creation of the city of Salt Lake City. Born in Whitingham.

John Deere (1804–1886), blacksmith, inventor and entrepreneur. Created the first commercially successful model of a steel plow. He founded an agricultural equipment company that became one of the largest in the world. Born in Rutland.

Henry Wells (1805-1878) - a large businessman, one of the founders of the financial giants American Express and Wells Fargo. Born in Thetford.

Elisha Otis (1811–1861) was an inventor who created the world's first safety elevator. Born in Halifax.

Frederick Billings (1823–1890) was a lawyer, financier and politician, one of the founders of the conservation movement in the United States. Born in Royalton.

Long before Columbus and the beginning of the colonization of America, Indians lived on the territory of the modern state of Vermont. The first nomadic tribes were here already about eight thousand years ago, and settlements appeared about two thousand years before our era. By the time the Europeans arrived, Algonquian Indians, Abenaki and Mohicans lived on the lands of the state.

Probably the first European to visit the lands of Vermont was the Frenchman Jacques Cartier, who explored the area of ​​the St. Lawrence River in 1535. In 1609 Vermont was explored by the famous French pioneer Samuel de Champlain. It was he who gave the name to the Green Mountains (Verts Monts), and Lake Champlain was named after him.

The desire of Vermont to become the fourteenth state of the United States is clearly expressed in the state symbols of those years: fourteen stars are depicted on the banner of the "Green Mountains Boys", the motto Stella quarta decima ("Fourteenth star" in Latin) was minted on the coins of the republic, and on the seal (coat of arms) was depicts a pine tree with fourteen branches. Finally, on March 4, 1791, Congress decided to include Vermont in the United States. Thomas Chittenden, who previously headed the government of the Republic of Vermont, became the first governor of the state.

Vermont became the first state admitted to the Union after the thirteen founding colonies. "Free" Vermont served as a kind of "counterweight" to slave-owning Kentucky, which became the fifteenth US state on June 1, 1792.

Vermont is a small state, it occupies the last, fiftieth place among the US states in terms of gross domestic product. Nevertheless, Vermont's economy is fairly developed, with tourism, agriculture, industry, and mining being its main industries.

The "main" mineral resources of Vermont are marble and granite. In the Rutland area there are deposits of high-quality marble, and the city of Barre is the center of granite mining. It is believed that it is in the "Granite Valley" of Barra that the world's deepest granite quarry is located - EL Smith Quarry. 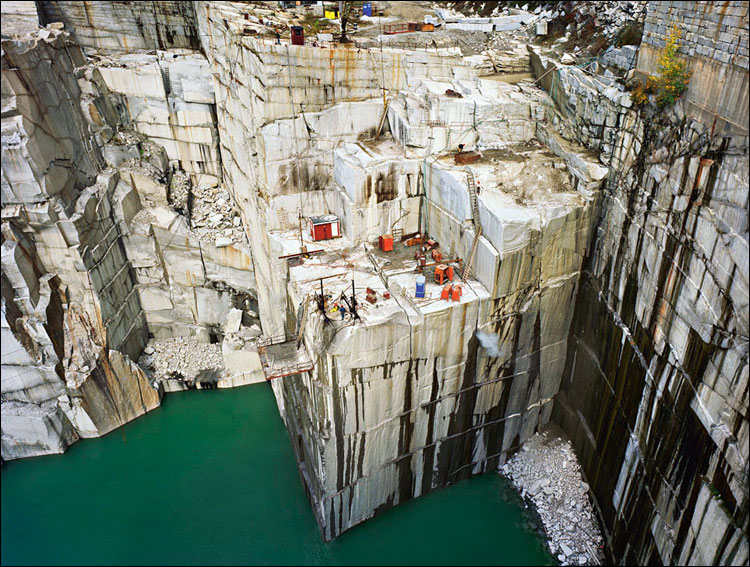 In addition, asbestos, shale, sand, gravel and other building materials are mined in Vermont.

Although the lands of Vermont are not very suitable for farming, agriculture is very well developed in the state. First of all, this is dairy farming, it is Vermont that is one of the largest suppliers of dairy products for residents of the megacities of Boston and New York. Although the number of farms and the number of cattle in the state is declining, but the volume of milk production is constantly growing. Vermont also produces a variety of dairy products, including cheeses, butter, and ice cream.

In Vermont, especially in the valley of Lake Champlain, apples are grown, and greenhouse farming is well developed here. The state is increasing the number of extremely popular in the US "organic" farms that grow organic products.

Vermont provides over a quarter of the nation's production of maple syrup, one of the traditional foods in the United States. In recent decades, viticulture and winemaking have gradually developed in Vermont.

It is also interesting that Burlington is considered one of the most beautiful cities in America (according to Forbes magazine), and Woodstock was named one of the most picturesque American villages by National Geographic. Victories in such ratings, along with the nature of Vermont, make the state even more interesting and attractive for tourists. 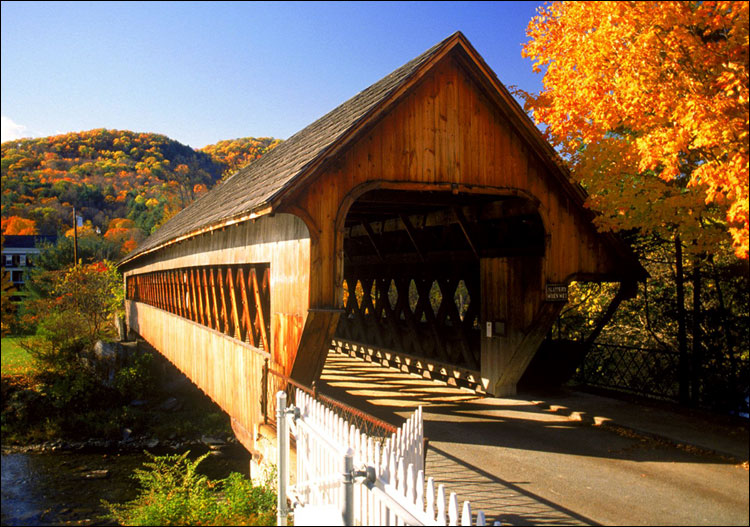 Title
Author
Date
Publisher
Description
New Hampshire, Vermont asked to test deer for COVID-19
November 26, 2021
AP NEWS
CONCORD, N.H. (AP) -- With hunting season underway, wildlife agencies in New Hampshire and Vermont have started testing for COVID-19 in white-tailed deer, as antibodies for the virus have been found in deer in other states, according to a government study.
2021 climate assessment says Vermont getting warmer, wetter
By WILSON RING
November 9, 2021
AP NEWS
A new climate assessment released Tuesday by a group of scientists from the University of Vermont says the state is getting warmer and wetter and the changes pose long-term challenges for the state.
Vermont's youth novice hunting weekend Saturday and Sunday
October 23, 2021
AP NEWS
MONTPELIER, Vt. (AP) -- Vermont's annual youth and novice deer hunting weekend is underway. Both young and novice hunters on Saturday and Sunday must be accompanied by an unarmed adult over 18 years old who has Vermont hunting license.
Librarian, tech specialist is Vermont's 2022 teacher of year
October 18, 2021
AP NEWS
CLARENDON, Vt. (AP) -- A school librarian and technology integration specialist in Clarendon is Vermont's 2022 teacher of the year, the state Education Agency announced Monday.Karen McCalla of the Mill River Union High School gives opportunities for hands-on learning in science, technology, engineering, art and math or STEAM through the library's makerspace, the agency said.
Old Vermont graveyard to be moved because of erosion
By LISA RATHKE
October 11, 2021
AP NEWS
After erosion washed away some graves at an old Vermont cemetery near a river bank, the remains of two Revolutionary War soldiers and others buried there will be moved to a new resting place. Revolutionary War soldier Josiah Clark, who fought at the 1775 Battle of Bunker Hill in Massachusetts, was buried in the Stow cemetery in Weybridge in 1835.
SHOW MORE
vermont.gov
Is a