Russian company, one of the world's largest producers of potash fertilizers

Uralkali is a Russian potash fertilizer producer and exporter(URKA on the Moscow Exchange). The company’s assets consist of 5 mines and 7 ore-treatment mills situated in the towns of Berezniki and Solikamsk (Perm Krai, Russian Federation). Uralkali employs about 12,000 people (in the main production unit). 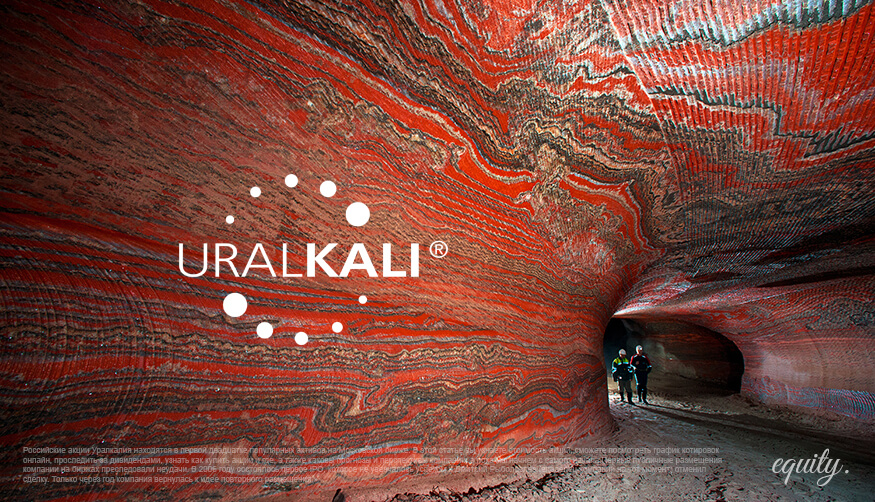 The company produces standard and granular potassium chloride (KCl), sodium chloride (NaCl in the form of halite), and carnalite. It supplies products (through its own trader Uralkali Trading) to over 60 countries, with the major markets including Brazil, India, China, Southeast Asia, Russia, USA, and Europe. In 2018 Uralkali produced 11.5 million tonnes of potash (KCl).

During the World War II, the USSR urgently needed carnallite to produce the magnesium required by the aviation industry. The carnallite ore reserves found in the Verkhnekamskoe potash-magnesium salt deposit enabled carnallite production.

1962 - The carnallite plant’s first production line, with an annual capacity of 180 tonnes, was put into operation.

The construction of the Second Potash Mining Complex in Berezniki, with an annual capacity of 3.5 million tonnes, was started. This is now Berezniki-2.

1968 – Start of construction of the second mine group.

2004 - Uralkali obtained a license to develop the Ust-Yaivinsky block of the Verkhnekamskoe deposit.

2014 - Uralkali obtained a licence to develop the Romanovsky block of the Verkhnekamskoye deposit with reserves of 385 million tonnes of sylvinite, according to the Company’s estimates.

2015 - Delisting of Uralkali GDRs from the London Stock Exchange.

2016 - Uralkali secured a US$1.2 billion syndicated loan, the largest in its history.

2020 - Uralkali has achieved a strong debut score in the SAM Corporate Sustainability Assessment ESG-rating conducted by one of the most reputable rating agencies S&P Global.

The geographical location of the company's sales markets allows it to sell its products all year round. Below is the distribution of sales by geographic location of consumers.

Deliveries to the domestic market

The price for Russian producers is almost 30% lower than the net selling price of potash for export, but given the small share of the domestic market in Uralkali's sales volume, a decrease in prices in the domestic market will not have a large impact on the company's performance, unlike the export duty.

Uralkali pays serious attention to information technology and invests heavily in automating its own business processes. In 2003, the enterprise implemented the Oracle E-Business Suite ERP system - one of the most full-scale Oracle projects in the CIS in terms of the number of implemented modules. 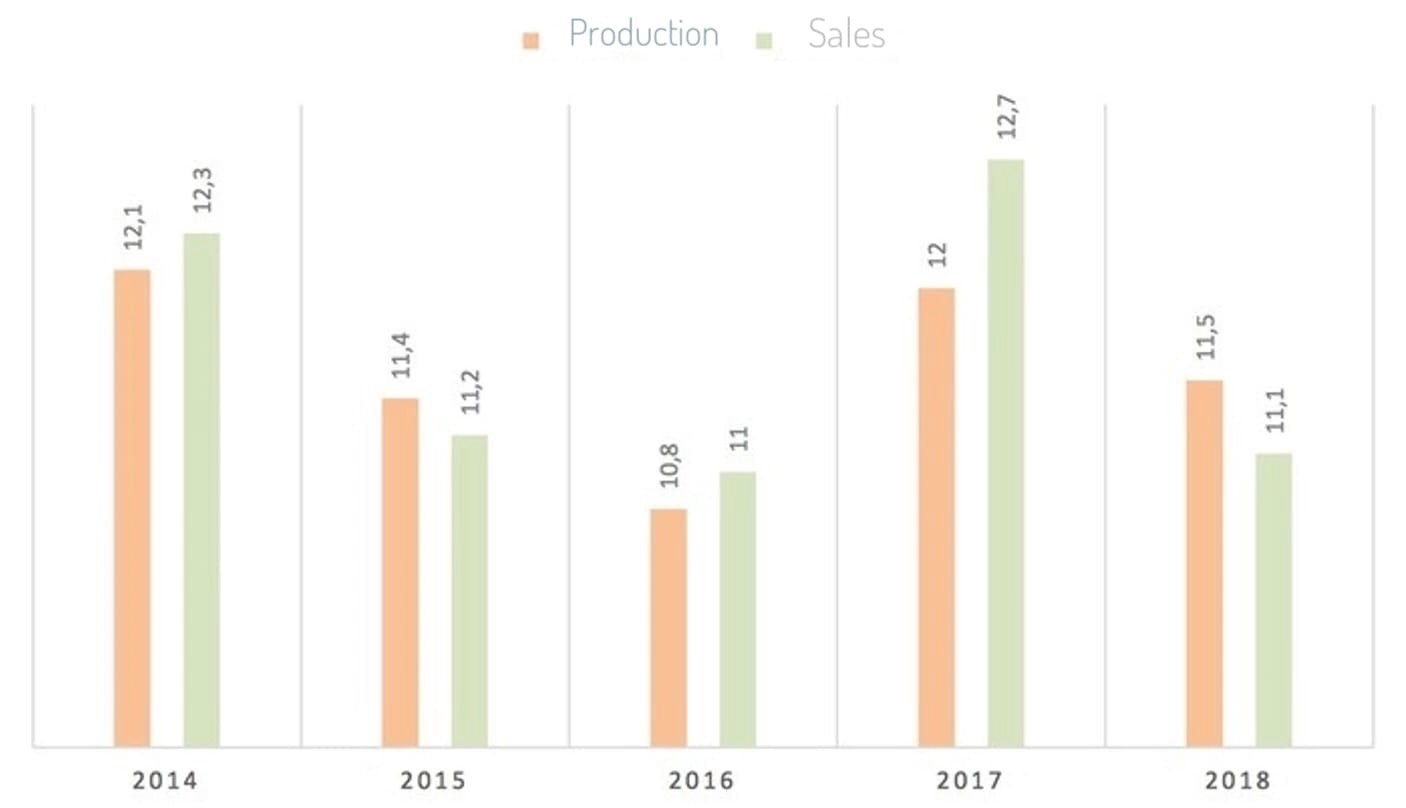 The expert commission confirmed that Uralkali's activities are aimed at creating and maintaining safe working conditions for employees and comply with the requirements of labor legislation and state regulatory requirements for labor protection. Based on the results of the audit, the validity of the Certificate of Conformity for labor protection work was extended until January 2011. 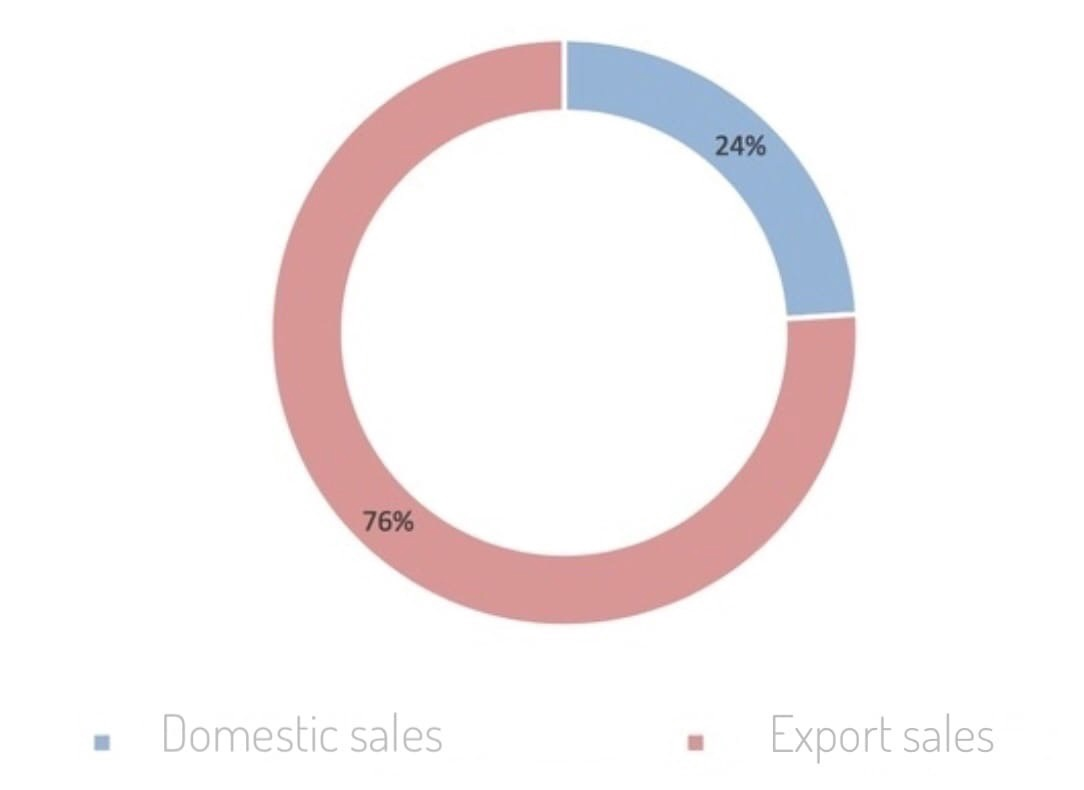 In 2018, the company sold about 76% of its products on foreign markets; exports are carried out to more than 60 countries of the world.

Uralkali Repair LLC. The company carries out repairs and maintenance of machinery and equipment.

Autotranskali LLC is a transport company with a fleet of about 780 vehicles. mineral wagons.

JSC "VNII Galurgii" is a research institute engaged in research in the field of mining and chemical industry. It consists of 14 research laboratories, as well as 24 design departments, located in St. Petersburg and Perm.

Uralkali took the leading positions in the RSPP ESG indices "Responsibility and openness" and "Vector of sustainable development"
Uralkali Launches Pilot Project to Use Renewable Energy Sources
Uralkali was awarded the IFA Gold Medal for a responsible approach to production activities
Uralkali was founded.