University of Siena is an italian university founded in 1240.

"Edit from table cell"
Jed Christiansen edited on 29 Apr, 2022
Edits made to:
Infobox (+1 properties)
Infobox
Is a 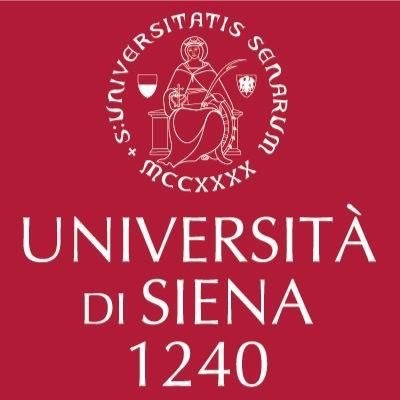 The University of Siena (Italian: Università degli Studi di Siena, abbreviation: UNISI) in Siena, Tuscany, is one of the oldest and first publicly funded universities in Italy. Originally called Studium Senese, the institution was founded in 1240 . It had around 20,000 students in 2006,[1] nearly half of Siena's total population of around 54,000. In the academic year 2020–2021, it had a total undergraduate enrollment of 3,300. Today, the University of Siena is best known for its Schools of Law, Medicine, and Economics and Management.

The School of Humanities and Philosophy

On December 26, 1240, Ildebrandino Cacciaconti, the then podestà of Siena, signed a decree imposing a tax on citizens of Siena who rented rooms to students of the local "Studium Senese". The money from this tax went to pay for the salaries of the maestri (teachers) of this new studium. The studium was further supported when, in 1252, Pope Innocent IV declared both its teachers and students completely immune from taxes and forced labour levied on their person or property by the city of Siena. Moreover, the commune exempted teachers of law and Latin from military service and teachers of Latin were also excused from their duties as night watchmen. By the early 14th century, there were five teachers of Latin, logic and law and two doctors of natural sciences (medicine).

One of the most notable maestri of the School of Medicine was Pietro Ispano (Pope John XXI). Ispano was an illustrious philosopher, personal doctor to Emperor Frederick II, and in 1276 became Pope John XXI.

In 1321, the studium was able to attract a larger number or pupils due to a mass exodus from the prestigious University of Bologna when one of its students was sentenced to death by Bologna's magistrates for supposedly kidnapping a young woman. Partly at the instigation of their law lecturer Guglielmo Tolomei, the student body there unleashed a great protest at the Bolognese authority and Siena, supported by generous funding from the local commune, was able to accommodate the students resigning from the Studium Bolognese.

The university under changing states

The studium of Siena was eventually promoted to the status of "Studium Generale" by Charles IV, shortly after his coronation as Holy Roman Emperor in 1355. This both placed the teachers and students under the safeguard of the imperial authority (protecting them from the local magistracy) and also meant that the licences (licentiae docendi) granted by the university were licences ubique docendi. These licences entitled the person receiving them to teach throughout Christendom.

The Casa della Sapienza was built in the early 15th century as a center combining classrooms and housing for those enrolled in the Studium. It had been proposed by bishop Mormille in 1392, was completed twenty years later, and its first occupants took up residence in 1416. Room and board in 1416 cost fifty gold florins for a semester.

By the mid-14th century, Siena had declined as a power in Tuscany, eclipsed by the rise in power of Florence, who defeated the Republic of Siena in 1555. The city authorities, however, successfully asked the Medici (the hereditary dukes of Florence at the time) to preserve the academy. Francesco and later Grand Duke Ferdinando I, reforms were made with new statutes and new prerogatives. The post of Rettore (Rector), elected by students and city magistrates, was also instituted.

In 1737, the Medici line became extinct and the rule of Tuscany passed to the French House of Lorraine. In this period, the Tuscan economist Sallustio Bandini, seemingly determined to "improve the intellectual stimulation of his native Siena" solicited scholarships from rich patrons for the university and also set up a large library, which he eventually bequeathed to the university.

In 1808, when the Napoleonic forces occupied Tuscany, they eliminated the Studium Senese and the doors of the University were not opened again until after the defeat of Napoleon and the restoration of Ferdinand III as the Grand Duke of Tuscany.

The university in the Risorgimento

During the Risorgimento, the movement towards the unification of Italy as a single state, Sienese students organised groups which were openly patriotic. They publicly expressed their dissent and, during the April 1848 revolts in Tuscany, three professors, one assistant and fifty-five students formed the Compagnia della Guardia Universitaria to participate in the battles of Curtatone and of Montanara. The troop's flag is still preserved in the Chancellor's building. All of this passion for the new republic could not but trouble the Grand Duke and in the end he closed down the School of Medicine permitting only Law and Theology to continue

After the Second Italian War of Independence in 1859 and its aftermath, Tuscany and with it Siena were controlled by the Kingdom of Sardinia, which was to become the Kingdom of Italy. The Sienese academy eventually recovered from the unrest, thanks to initiatives by the city's private enterprises and a series of legislative acknowledgements that boosted the reputation of the School of Pharmacy and that of Obstetrics (and consequently the School of Medicine itself) while the old hospital Santa Maria della Scala was transformed into General University Hospital. Some time later in 1880, the Law Faculty established the Circolo Giuridico or Legal Circle, where issues pertaining to law studies were examined in depth through seminars and lectures

The university in modern Italy

In 1892, the Minister of Public Education, Ferdinando Martini, launched a proposal aimed at suppressing the Sienese academy’s activities. Siena perceived this as a declaration of war and was backed immediately by a general tradesmen’s strike, the intervention of all of the town’s institutions and by a genuine uprising of the population – all of which induced the minister to withdraw the project. Having escaped this danger, the town went back to investing its resources in the university setting up new degrees and new faculties. The bank Monte dei Paschi di Siena financed the construction of the biology department.

The 20th century witnessed the growth of the University of Siena, with the student population escalating from four hundred between the wars to more than 20,000 in the last few years.

During the start of the academic year, on November 7, 1990 the Sienese academy celebrated its 750th anniversary.

Antonio de Venafro (1459–1530), advisor to Pandolfo Petrucci, Ruler of the Republic of Siena

Virginia Angiola Borrino (1880–1965), Professor of Medicine and the first woman to serve as head of a University Pediatric Ward in Italy

Frank Hahn (1925–2013), Professor of Economics, Director of the PhD program of the Economics Department

Desiderio Passali (born 1947), director of the ENT department and professor of otolaryngology

Since 2012, after the general reform of Italian Universities ("Gelmini Act"), the University is composed of fifteen departments, grouped in four areas:

Department of Molecular and Developmental Medicine

Department of Medicine, Surgery and Neuroscience

Department of Economics and Statistics

Department of Political and International Sciences

Department of Business and Law

Department of Biotechnology, Chemistry and Pharmacy

Department of Information Engineering and Mathematics

Literature, History, Philosophy and the Arts

Department of Philology and Literary Criticism

Department of History and Cultural Heritage

Formerly, the University was composed of nine schools:

The School of Economics

The School of Engineering

The School of Humanities and Philosophy

The School of Humanities and Philosophy – Arezzo

The School of Jurisprudence

The School of Mathematical, Physical and Natural Sciences

The School of Medicine and Surgery

The School of Pharmacy

The School of Political Science

Siena's campus is the city. The academy lives as an integral part of the urban fabric in both space and time. Thus there is an uneasy equilibrium between city and university, where 20,000 students live among the 50,000 Sienese. While the Sienese are proud of their native traditions, the more polyglot university prides itself on diversity, with which as the historian Guicciardini would put it, with an ambiguity possibly ironic, non havvi genio – there is no genius.

Recently, the University has returned historical buildings to the city, which are being made into apartments or used by the contradas. At the same time, it is thanks to the intervention of the University that many buildings which risked falling into ruin were saved, making institutions of study out of a part of the city patrimony that might have otherwise been lost. The Faculties of Engineering and Literature, for example, have found space for their departments in the large rooms of what was once the San Niccolò Psychiatric Hospital. The same holds true for the transformation of the former Convent of Santa Chiara into the first collegiate residence in Italy, reserved for those working towards a European postgraduate degree. The church of San Vigilio serves as university chapel.

New university buildings have even been built in the city centre such as the one that houses the Faculty of Political Science and Law, whose architectural style blends with the secular surroundings creating a balance between preservation and innovation. The ten university dormitories are adapted to the urban fabric and are located within the historical centre (Fontebranda, Mattioli, Porrione, Sperandie, San Marco), on the outskirts (Acquacalda) and near the extended areas of the university (San Miniato).

Environment and the workplace prevention techniques (in Italian)

Imaging and radiotherapy techniques (in Italian)

Orthoptic and ophthalmologic assistance (in Italian)

Speech and language therapy (in Italian)

Nursing and midwifery sciences (in Italian)

Dentistry and dental prosthodontics (in English)

Medicine and surgery (in Italian)

Counsellor of labour law and labour relations (in Italian)

Economics and banking (in Italian and English)

Economics and business (in Italian and English)

Anthropology and visual studies (in Italian)

Economics and management of financial institutions (in Italian)

Economics (in Italian and English)

International accounting and management (in Italian and English)

Language and mind: linguistics and cognitive studies (in English)

Management and governance (in Italian and English)

Public and cultural diplomacy (in English)

Sciences of administrations (in Italian)

Statistics for sample surveys (in Italian)

Strategies and techniques of communication (in Italian)

Computer and information engineering (in Italian)

Natural and environmental sciences (in Italian)

Physics and advanced technologies (in Italian)

Biology (in Italian and English)

Computer and automation engineering (in English)

Ecotoxicology and environmental sustainability (in Italian)

Electronics and communications engineering (in English)

Geosciences and applied geology (in Italian)

Pharmaceutical chemistry and technology (in Italian)

Literature, History, Philosophy and the Arts

History and cultural heritage (in Italian)

Languages for intercultural and business communication (in Italian)

Studies in literature and philosophy (in Italian)

Anthropology and visual studies (in Italian)

Education sciences and educational consulting for organizations (in Italian)

History and philosophy (in Italian)

History of art (in Italian)

Language and mind: linguistics and cognitive studies (in English)

Strategies and techniques of communication (in Italian)