Ubuntu is released every six months, with long-term support (LTS) releases every two years. As of 22 April 2021, the most recent long-term support release is 20.04 ("Focal Fossa"), which is supported until 2025 under public support and until 2030 as a paid option for companies and free for individuals who register. The latest standard release is 21.10 ("Impish Indri"), which is supported for nine months.

Ubuntu packages are based on packages from Debian's unstable branch, which are synchronised every six months. Both distributions use Debian's deb package format and package management tools (e.g. APT and Ubuntu Software). Debian and Ubuntu packages are not necessarily binary compatible with each other, however, so packages may need to be rebuilt from source to be used in Ubuntu. Many Ubuntu developers are also maintainers of key packages within Debian. Ubuntu cooperates with Debian by pushing changes back to Debian, although there has been criticism that this does not happen often enough. Ian Murdock, the founder of Debian, had expressed concern about Ubuntu packages potentially diverging too far from Debian to remain compatible. Before release, packages are imported from Debian unstable continuously and merged with Ubuntu-specific modifications. One month before release, imports are frozen, and packagers then work to ensure that the frozen features interoperate well together.

Ubuntu is currently funded by Canonical Ltd. On 8 July 2005, Mark Shuttleworth and Canonical announced the creation of the Ubuntu Foundation and provided initial funding of US$10 million. The purpose of the foundation is to ensure the support and development for all future versions of Ubuntu. Mark Shuttleworth describes the foundation goal as to ensure the continuity of the Ubuntu project.

On 12 March 2009, Ubuntu announced developer support for third-party cloud management platforms, such as those used at Amazon EC2.

A default installation of Ubuntu contains a wide range of software that includes LibreOffice, Firefox, Thunderbird, Transmission, and several lightweight games such as Sudoku and Mines. Many additional software packages are accessible from the built in Ubuntu Software (previously Ubuntu Software Center) as well as any other APT-based package management tools. Many additional software packages that are no longer installed by default, such as Evolution, GIMP, Pidgin, and Synaptic, are still accessible in the repositories and installable by the main tool or by any other APT-based package management tool. Cross-distribution snap packages and flatpaks are also available, that both allow installing software, such as some of Microsoft's software, in most of the major Linux operating systems (such as any currently supported Ubuntu version and in Fedora). The default file manager is GNOME Files, formerly called Nautilus.

All of the application software installed by default is free software. In addition, Ubuntu redistributes some hardware drivers that are available only in binary format, but such packages are clearly marked in the restricted component.

Ubuntu aims to be secure by default. User programs run with low privileges and cannot corrupt the operating system or other users' files. For increased security, the sudo tool is used to assign temporary privileges for performing administrative tasks, which allows the root account to remain locked and helps prevent inexperienced users from inadvertently making catastrophic system changes or opening security holes.[51] Polkit is also being widely implemented into the desktop.

Most network ports are closed by default to prevent hacking. A built-in firewall allows end-users who install network servers to control access. A GUI (GUI for Uncomplicated Firewall) is available to configure it. Ubuntu compiles its packages using GCC features such as PIE and buffer overflow protection to harden its software. These extra features greatly increase security at the performance expense of 0.01% in 64-bit.

Ubuntu also supports full disk encryption[56] as well as encryption of the home and Private directories.

The system requirements vary among Ubuntu products. For the Ubuntu desktop release 20.04 LTS, a PC with at least 2 GHz dual-core processor, 4 GB of RAM and 25 GB of free disk space is recommended. For less powerful computers, there are other Ubuntu distributions such as Lubuntu and Xubuntu. Ubuntu also supports the ARM architecture. It is also available on Power ISA, while older PowerPC architecture was at one point unofficially supported, and now newer Power ISA CPUs (POWER8) are supported. The x86-64 ("AMD64") architecture is also officially supported.

Live images are the typical way for users to assess and subsequently install Ubuntu. These can be downloaded as a disk image (.iso) and subsequently burnt to a DVD or USB flash drive and then booted. Other methods include running the live version via UNetbootin, or Startup Disk Creator (a pre-installed tool on Ubuntu, available on machines already running the OS) directly from a USB drive (making, respectively, a live DVD or live USB medium). Running Ubuntu in this way is slower than running it from a hard drive, but does not alter the computer unless specifically instructed by the user. If the user chooses to boot the live image rather than execute an installer at boot time, there is still the option to then use an installer called Ubiquity to install Ubuntu once booted into the live environment. Disk images of all current and past versions are available for download at the Ubuntu web site.

Additionally, USB flash drive installations can be used to boot Ubuntu and Kubuntu in a way that allows permanent saving of user settings and portability of the USB-installed system between physical machines (however, the computers' BIOS must support booting from USB). In newer versions of Ubuntu, the Ubuntu Live USB creator can be used to install Ubuntu on a USB drive (with or without a live CD or DVD). Creating a bootable USB drive with persistence is as simple as dragging a slider to determine how much space to reserve for persistence; for this, Ubuntu employs casper.

Ubuntu is officially released in three editions: Desktop, Server, and Core for Internet of things devices and robots. All the editions can run on the computer alone, or in a virtual machine. Ubuntu is a popular operating system for cloud computing, with support for OpenStack. Ubuntu's default desktop has been GNOME since version 17.10.

Ubuntu is released every six months, with long-term support (LTS) releases every two years. As of 22 April 2021, the most recent long-term support release is 20.04 ("Focal Fossa"), which is supported until 2025 under public support and until 2030 as a paid option for companies and free for individuals who register. The latest standard release is 21.10 ("Impish Indri"), which is supported for nine months.

Ubuntu is developed by British company Canonical, and a community of other developers, under a meritocratic governance model. Canonical provides security updates and support for each Ubuntu release, starting from the release date and until the release reaches its designated end-of-life (EOL) date. Canonical generates revenue through the sale of premium services related to Ubuntu and donations from those who download the Ubuntu software.

Ubuntu is named after the Nguni philosophy of ubuntu, which Canonical indicates means "humanity to others" with a connotation of "I am what I am because of who we all are". 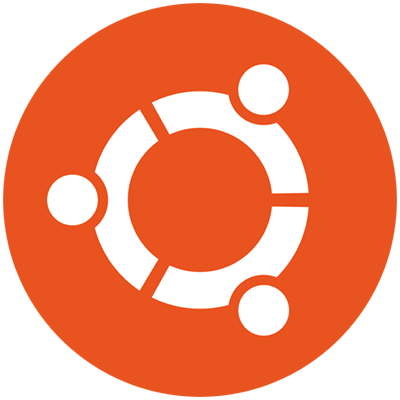 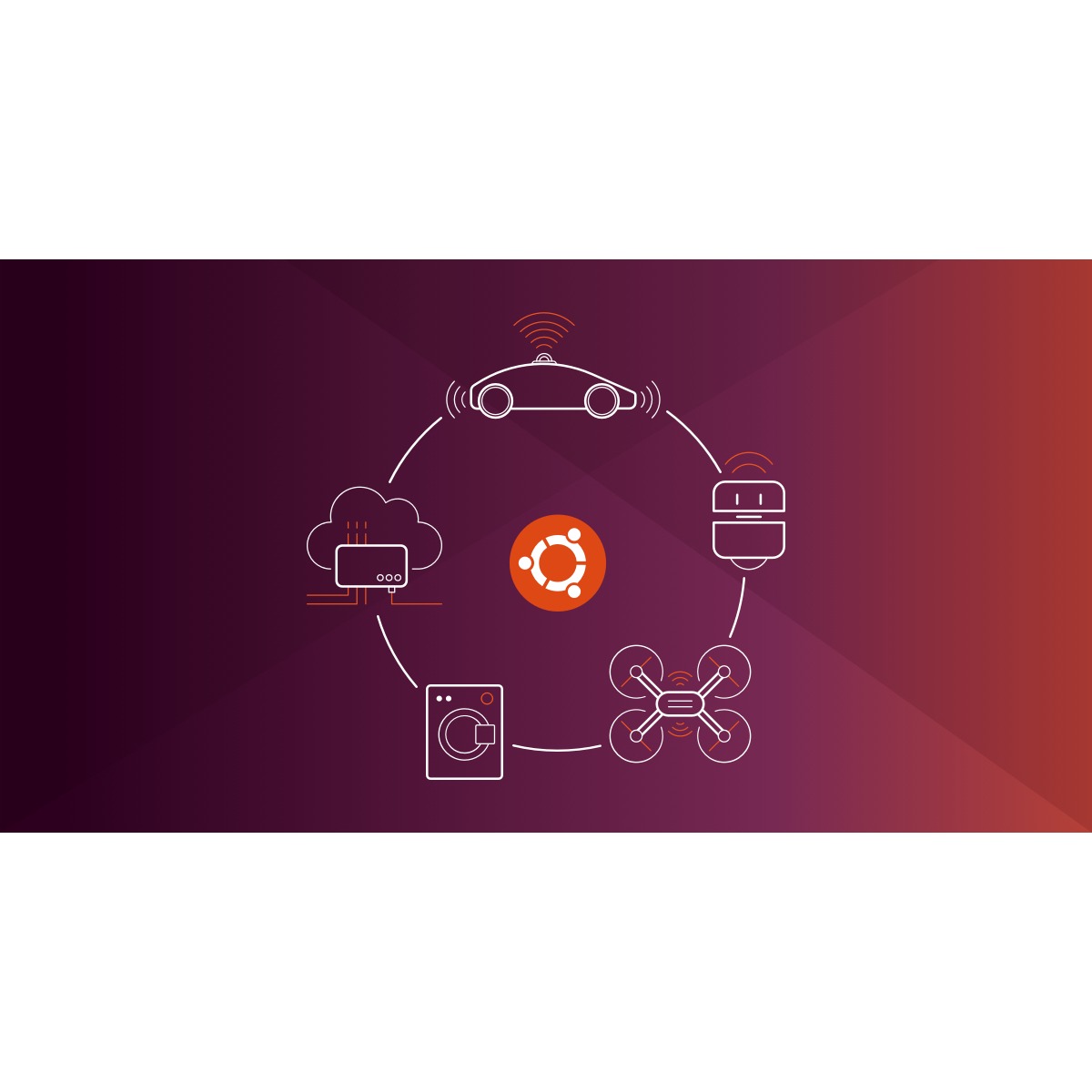