Tecton is a machine learning DevOps platform for data scientists.

The company was founded in late 2018 and formally launched in late April 2020. As part of its public launch, the company also announced that it had raised $25 million in combined seed and Series A funding co-led by Sequoia Capital and Andreessen Horowitz. Other institutional investors in the company include SV Angel, Lux Capital Management, Liquid 2 Ventures, and Fathom Capital. Angel investors in the company include Mesosphere founder Florian Liebert, Applied Intuition founder Qasar Younis, and venture investor Bucky Moore.

Tecton is a machine learning platform. The company says it expands on the feature store architecture the founding team helped build at Uber. Tecton manages the end-to-end lifecycle of features for machine learning systems that run in production. 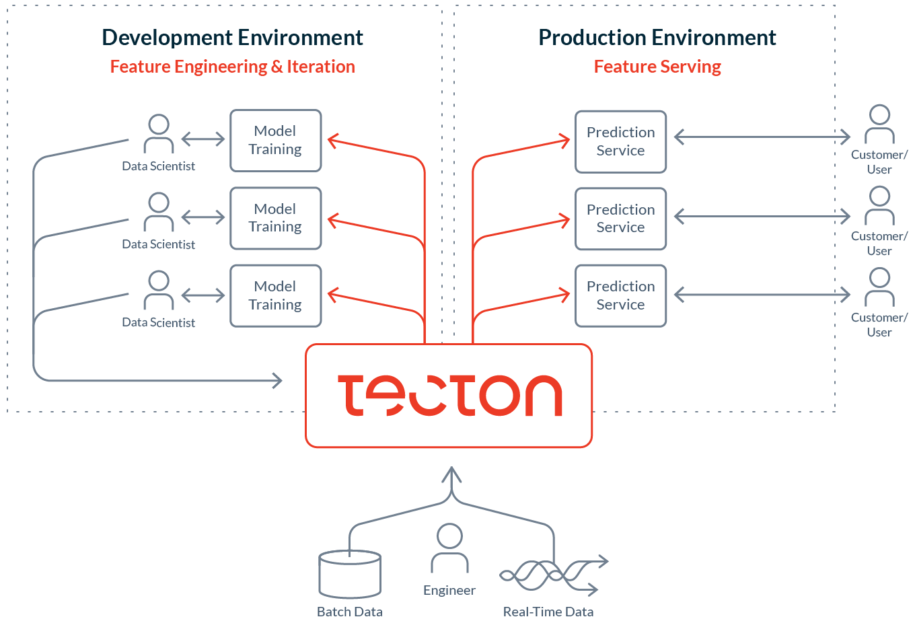 The company says its platform consists of:

The company says that its platform is designed to help machine learning teams with a number of key tasks. These include developing standardized features, labels, and data sets for machine learning from batch and real-time data. Tecton says its platform helps with deploying and serving feature data to models in high-scale production environments. The platform can help teams curate and govern an organization-wide repository of standardized, production-ready features for sharing and reuse across its projects. Additionally, the company says Tecton helps monitor feature data to ensure that models continue to operate correctly over time.

The company's three co-founders met while working at Uber, where they developed Michelangelo and worked with many internal teams on a variety of business and engineering challenges.

Tecton.ai emerged from stealth and formally launched with its data platform for machine learning.