QuadrigaCX is a Canadian cryptocurrency exchange which features a number of currency trading pairs. 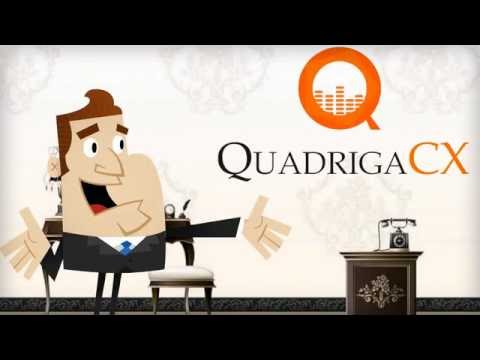 On February 5, 2019 QuadrigaCX officially announced trading on their platform will no longer be available until the platforms liquidity issues are resolved. The closing of trading on the QuadrigaCX exchange came after the Supreme Court of Nova Scotia issued an order for creditor protection in accordance with the Companies' Creditor Arrangement Act (CCAA). The Court appointed Ernst & Young Inc., to monitor QuadrigaCX's effort towards addressing their customers financial obligations.

This decision was made to help resolve the companies outstanding financial issues with its customers after the company lost approximately $150 million worth of its users cryptocurrency funds after the death of Gerald Cotten, the founder of QuadrigaCX.

Title
Author
Date
Publisher
Description
Creditors Seek to Exhume the Body of a Dead Crypto Executive
Dan Goodin, Ars Technica
December 18, 2019
Wired
Gerry Cotten took at least $137 million to the grave when he died without giving anyone the password to his encrypted laptop.
Exhume dead cryptocurrency exec who owes us $250 million, creditors demand
Dan Goodin
December 17, 2019
Ars Technica
Gerry Cotten died suddenly without telling anyone the password to his cold wallet.
Lawyers for QuadrigaCX clients request exhumation of late founder's remains
The Canadian Press
December 14, 2019
CTVNews
Lawyers for clients who lost millions in the bankruptcy of the QuadrigaCX cryptocurrency exchange have formally asked the RCMP to exhume the remains of the firm's founder.
Following OSC approval, 3iQ files initial public offering for bitcoin fund | BetaKit
Isabelle Kirkwood
November 28, 2019
BetaKit
Three weeks after Toronto-based 3iQ received approval to launch its bitcoin investment fund, the company has filed its preliminary prospectus for that fund.
Widow of QuadrigaCX founder to hand over most assets in settlement
Ian Bickis
October 8, 2019
CTVNews
The widow of the founder of QuadrigaCX has agreed to hand over most of her assets in a settlement reached as part of bankruptcy proceedings for the now defunct cryptocurrency exchange.
SHOW MORE