Omnia is a decentralized infrastructure protocol.

Omnia Protocol is a decentralized infrastructure protocol for securely accessing the blockchain, so that no single point of failure will ever disrupt blockchain applications or wallets integrating with it. At the same time, it allows anyone to earn rewards by hosting and maintaining a node on a specific blockchain.

Omnia allows anyone to earn rewards by hosting and maintaining a node on a specific blockchain.

Due to the way Omnia is built, every onboarded node and privacy relayer increases the privacy and the performance of the entire system. Therefore, the larger the pool of nodes gets, the stronger the value offer for the user builds. These counterparts are complementing each other, as the increase of users who pay for the services will deliver higher rewards to the nodes.

"We consider the developer community to be essential for our growth as they are the torchbearers for adopting a specific technical solution in the companies/projects they work. We will also create affiliate and referral programs as market penetration strategies, along with influencer marketing that can help instill trust in our product."

Kickstart adoption by participating in hackathons and competitions to offer sponsorships and prizes that consist of Omnia free subscriptions. The main scope is to facilitate the developers' access to blockchain infrastructure.

Vetting and approaching influencers and media channels (such as popular blogs) that have high and active following and an unblemished reputation in the crypto community. They will spread awareness and refer their audience to join. The target audience includes both users and node owners. The affiliates will be compensated în OMNIA tokens based on their performance;

Build long-term relationships with partners and influencers that have the same values as Omnia, leveraging their reputation and become brand ambassadors. This will strengthen the brand and the privacy-focused value proposition;

Engage and grow community angels that will further spread information about Omnia on social media, forums and discussion channels. These angels will be the extension of their team in the community and assume multiple responsibilities, such as answering questions on the main forum, explaining new features or updates on their social media accounts - benefiting from great compensation for their time and effort, by receiving OMNIA tokens as a fixed fee.

Extend the reward system to include incentive plans, airdrops and gifts for inviting users and other growth hacking techniques; 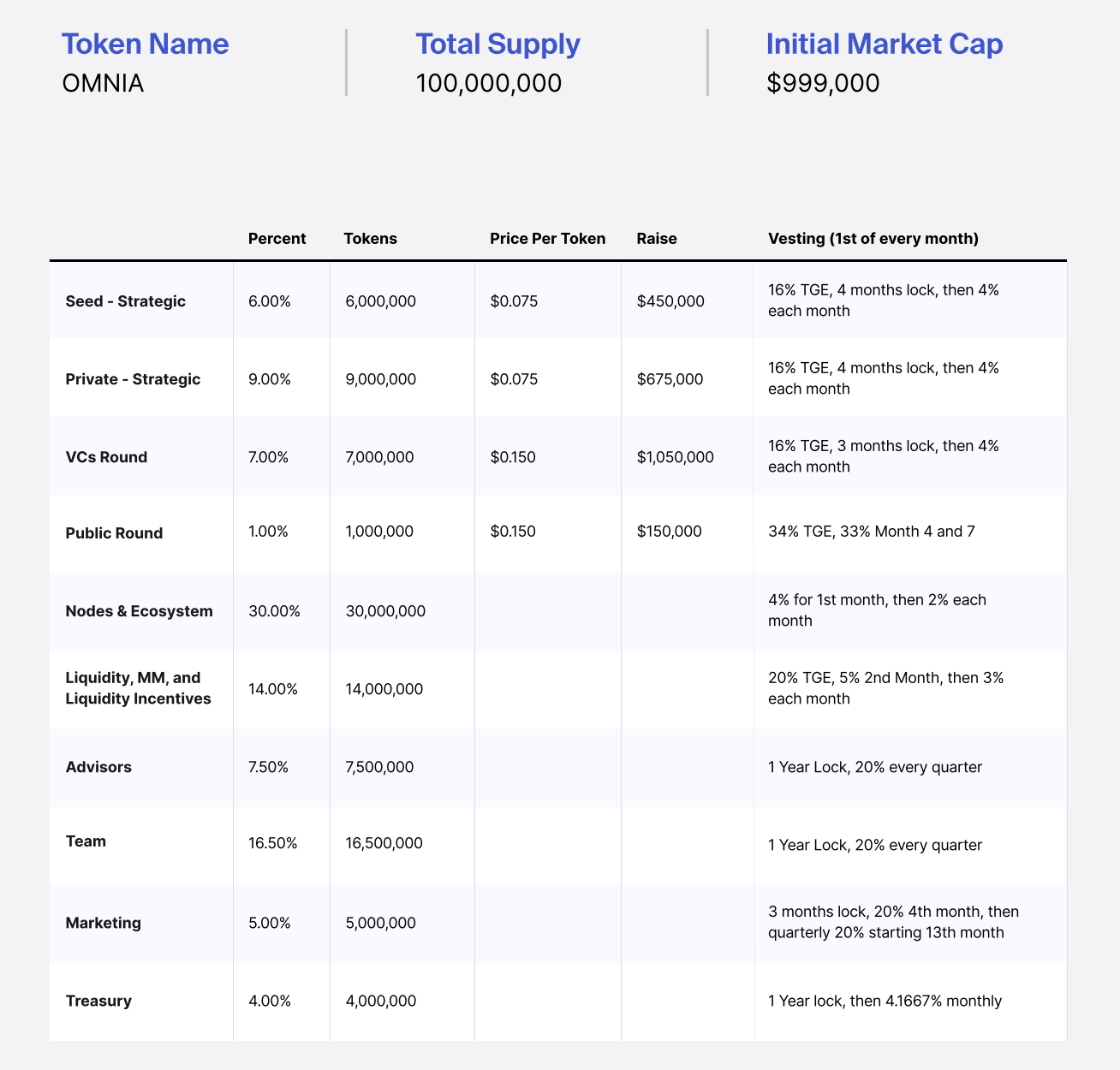