Nikolai Leonidovich Dukhov (8 November 1904 – 1 May 1964) was a Soviet designer of cars, tractors, tanks and nuclear weapons.

Dukhov was working in a tractor factory. In 1926, the factory Komsomol assembly sent him to study in an institute in Kharkov, followed by a transfer without test to mechanical faculty in the Leningrad Polytechnical Institute to study engineer-design for tractors and cars. He was responsible for designing the Soviet tractors and heavy tanks in the 1930s.

In World War II he was co-designer (with Zhozef Kotin) of the Stalin heavy tank.

In 1948, he was nominated as the assistant to Yulii Khariton, the chief designer of the Soviet atomic bomb. He continued his work on nuclear projects until his death in 1964.

He taught in the Leningrad Road Institute and at mechanical faculty of the Leningrad Polytechnical Institute. He became a corresponding member of the Academy of sciences of the USSR (1953).

Nikolai Leonidovich Dukhov was born in 1904 in the village of Veprik, near Poltava, in the family of a medical assistant. As a child, the boy closely watched his grandfather, who often made something. Grandfather Mikhail was surprised that the grandson, unlike other children who played, was always preoccupied with something and was thinking about something. Kolya told his grandfather that he wanted to do something special, because he was no longer interested in making wooden rifles for the guys.

Nikolai inherited his creative streak and organizational skills from his grandfather and father. After graduating from the village school, he entered the men's gymnasium. The initial working biography of N. Dukhov was varied. 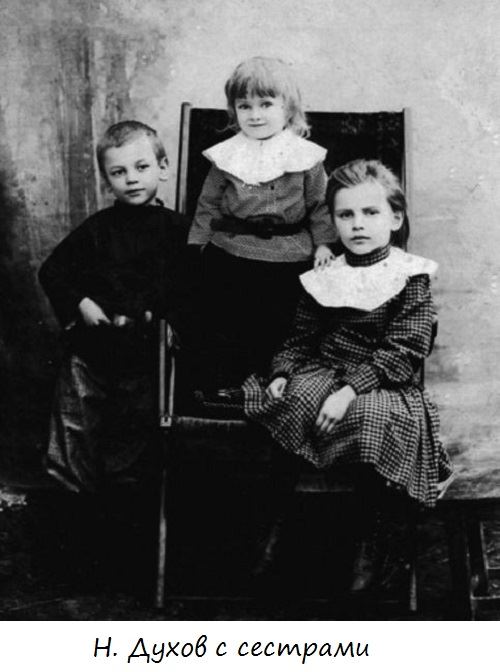 Nikolai Dukhov with his sisters

The birth of engineering talent

The young man was attracted to agricultural and electrical equipment. For the club N. Dukhov made a tube receiver with a loudspeaker. Engineering creativity was gradually born. When he studied at the Kharkov Institute of Land Management, deputy. People's Commissar of Education A.A. Polotsky, a fellow countryman of Dukhov, saw how he looked with interest at a foreign tube radio, and said that he should not be a land surveyor, but an engineer.

In 1932, after graduating from the Leningrad Machine-Building Institute, N. Dukhov worked as a designer at the Krasny Putilovets plant. After completing many difficult tasks, it became clear that he could do a lot. He developed accessories for a universal tractor, worked on the creation of a passenger car. Features of tank building N. Spirits comprehended within a few months. Before the start of the war, under his leadership, the tracks and armor were improved in the KV tank. He himself, in a tank overalls, drove cars around the area, participated in their repair.

One of the main participants in the "design war"

During the war, the tractor plant in Chelyabinsk was converted for the production of tanks. The "battle of designers" began, where our country and Germany fought. N. Dukhov was in those years at the forefront of the creation and modernization of combat vehicles. These were tanks T-28, KV-1, KV-2, T-45, etc. 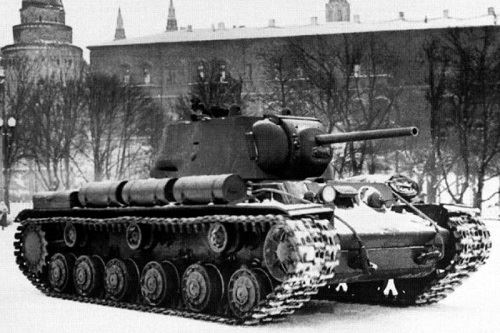 After the war, N. Dukhov was involved in the atomic project. Under his leadership, the first domestic plutonium charge and an atomic bomb were developed. In this matter of special state importance, his talent and extraordinary ability to find simple ways to solve complex problems were manifested with renewed vigor. Nikolai Leonidovich is considered the founder of the design school for nuclear weapons. 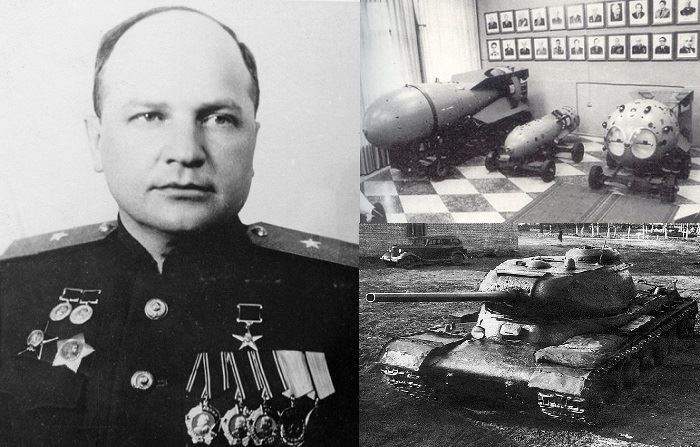 Poltava Oblast
Date of Death
May 1, 1964
Place of Death

Order of the Red Banner of Labour

Order of the Red Star